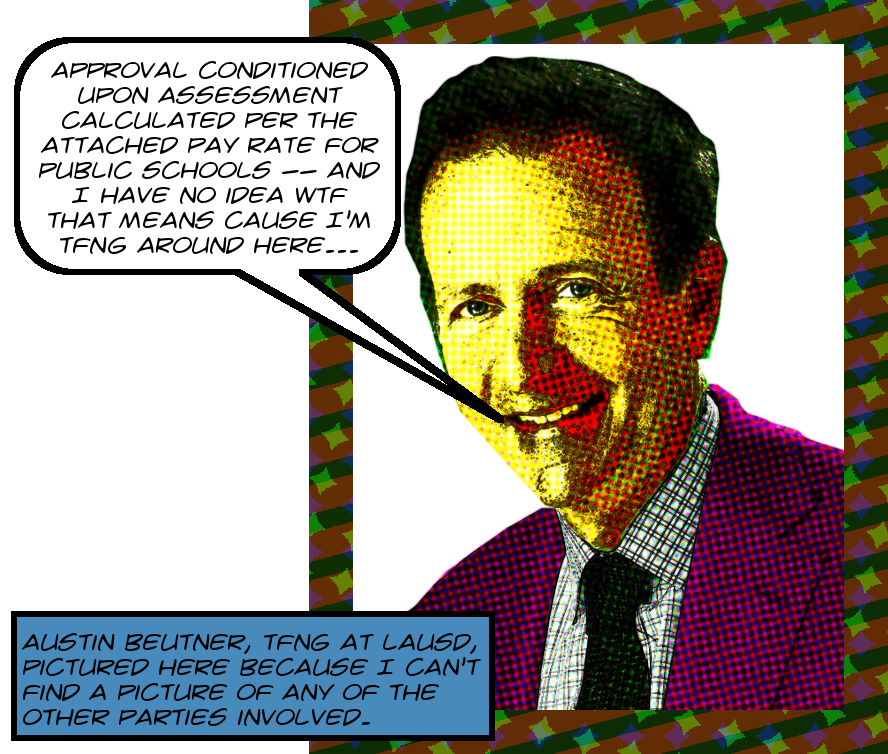 I recently received almost a thousand pages of emails between the Los Angeles City Clerk‘s office and correspondents at various BIDs. You can obtain the whole pile here on Archive.Org. Among these was this interesting little exchange between Clerk staffie Dennis Rader and notorious outlaw BID consultant Aaron Aulenta of Urban Place Consulting.

This post is dedicated to exploring the issues raised by this email. It’s unavoidably technical, so you may want to skip it. On the other hand, at least I’m not going to call anyone nasty names, which I know will please a certain perennially disgruntled audience segment. Boring or not, though, it touches on essential and little-explored issues of BIDology. The exchange began on May 7, 2018, when Aaron Aulenta emailed Dennis Rader:

I know you’re probably swamped at the moment with the ballot mail-out this week, but I had a quick lausd question. Do you know if they returned a petition for either Hollywood or Fashion without hand writing in the ‘approval conditioned upon’ phrase? In other words, did they return a petition that was officially counted?

END_OF_DOCUMENT_TOKEN_TO_BE_REPLACED 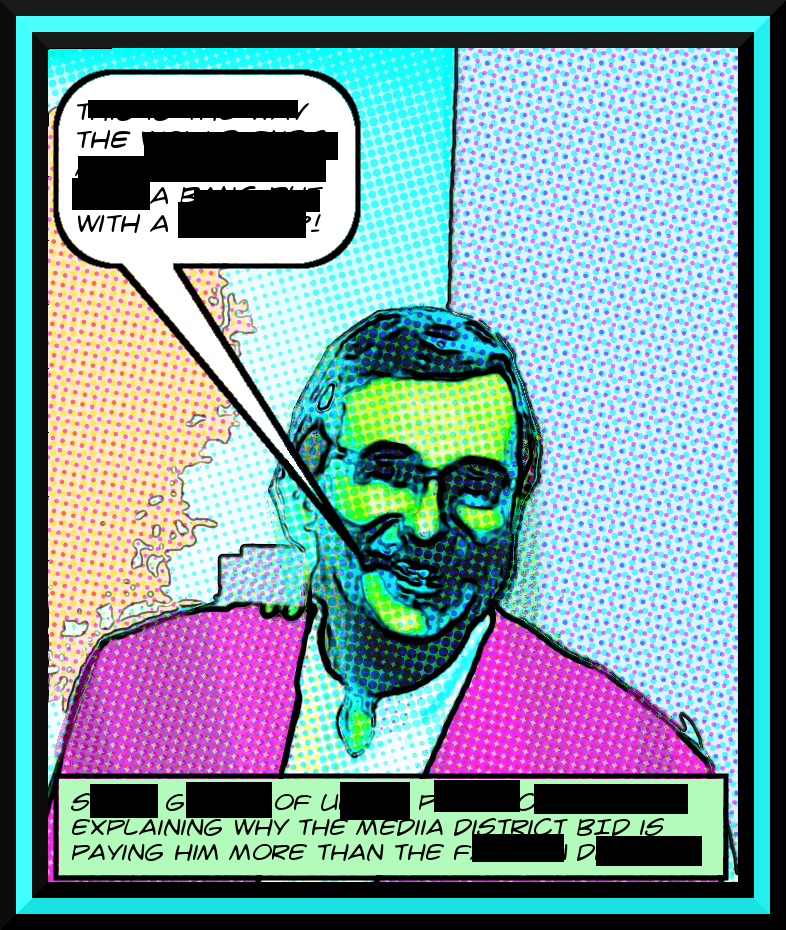 You may recall that as part of my long term project to turn as many BID consultants as possible in to the City Ethics Commission for unregistered lobbying, I’ve been trying to track down consulting contracts and other such evidence. I obtained a lot of excellent information from the San Pedro Historic Waterfront BID and, after a prolonged struggle, chronicled in excessive detail here, I obtained an unredacted copy of Urban Place Consulting’s contract with the Fashion District BID.

In the course of that whole mishegoss I had to overcome FDBID executive directrix Rena Leddy’s ultimately untenable position that the so-called “labor matrix,” a chart which detailed how much time UPC meant to spend on each aspect of the BID renewal process and how much they were to be paid for it,1 was a trade secret. Among the many cogent arguments we used2 was the evident fact that labor costs couldn’t possibly be trade secrets because UPC would of necessity have to share them with prospective clients before a contract was signed. This was a purely logical argument, but now, thanks to a huge trove of records shared with me this evening by the Media District BID and relating to their renewal process, also being handled by UPC, I have definitive proof.
END_OF_DOCUMENT_TOKEN_TO_BE_REPLACED 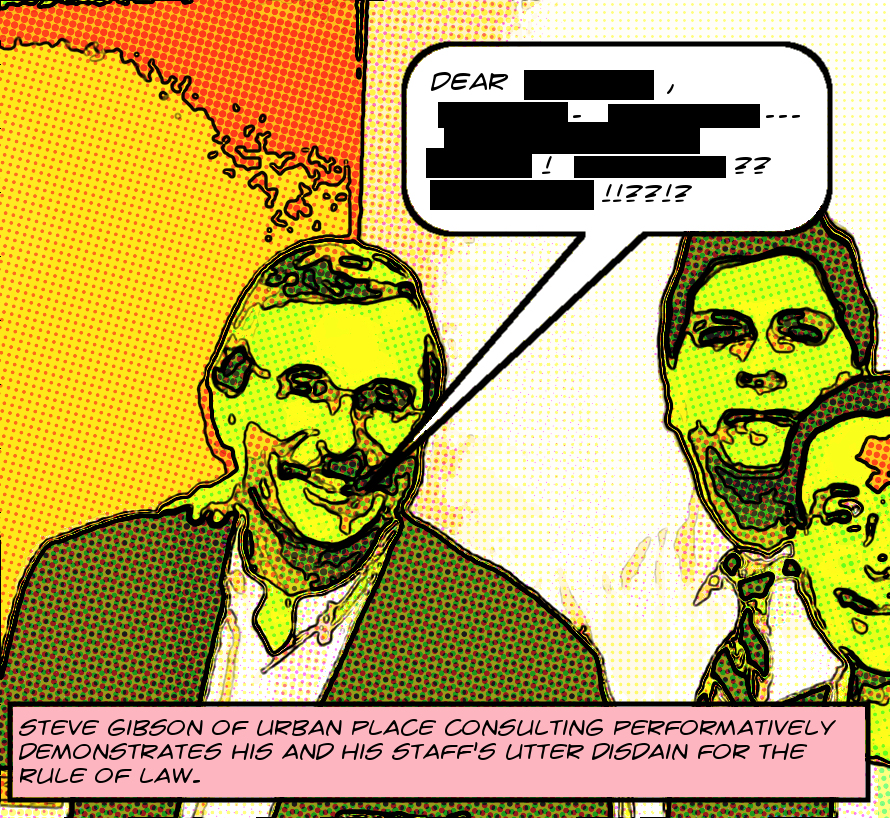 For the last few months I’ve been posting a lot of records from:

But I haven’t discussed the fact that these releases weren’t complete. In each case, Aaron Aulenta of Urban Place Consulting, who seems to be in charge of both of these BIDs, claimed numerous exemptions to the Public Record Act and told me that there was a bunch of material that he was printing out and redacting by hand on the basis of these exemptions.

Well, for various reasons I wasn’t able to get over to the offices of the FCBID to look at this stuff until Tuesday. Aaron Aulenta was kind enough to let me scan it instead of paying the usual outrageous copying fees that BIDdies habitually claim to be allowed to collect, and, after some minimal processing, I’m pleased to announce that it’s now available on Archive.Org. There’s some pretty interesting stuff in there, but it turns out that in this case the most interesting stuff is what’s not in there.

That is to say, the most interesting aspect of this release is what Aaron Aulenta thought that he was justified in redacting. Perhaps you recall that the California Public Records Act only allows for material to be redacted or withheld if one or more of the explicit enumerated exemptions to be found in the statute applies. There’s one exception to this principle, to be found in the infamous §6255(a), which states:

As you can imagine, BIDdies1 freaking love this last bit. It’s the most abused section of the law, with BIDdies, stoned out of their minds on white privilege and steeped in their delusional2 theory that laws are written and enforced for no better reason than to preserve and augment their power and wealth, claiming randomly that pretty much any piece of information they feel might embarrass them or their lackeys is exempt under this so-called public interest exemption.

For your future reference, there are at least two dispositive signs that this clause is being misused. First, they will refuse to state what public interest they feel is clearly being served by their withholding of the information. You’ll note that the law requires them to make this judgment on the particular facts of the case, which do not, can not, include a vague wave of the hand towards a claim of “I don’t heart that.”

Second, they will state semantically empty summary phrases which purport to refer to actual exemptions but, in fact, do not. Aaron Aulenta’s favorite of these seems to be “the benefit does not outweigh the burden.” It’s not exactly clear what the hell he’s thinking when he says this, and getting my hands on all these redacted documents has made it less rather than more clear, as you will see from the specific examples to be found after the break.
END_OF_DOCUMENT_TOKEN_TO_BE_REPLACED

Greetings, friends! If you’ve been wondering what you were going to do this morning after finishing off the Times crossword1 here are a bunch of new public records for your reading pleasure. There’s no single document here that’s mind-blowingly important, but, as I have mentioned many and many a time, we all are strong believers around here in the Mosaic Theory of Intelligence Gathering, and these are just more puzzle pieces, some of them quite important qua puzzle pieces!2

You may recall that the Los Angeles Municipal Lobbying Ordinance requires qualified lobbyists to register with the City Ethics Commission and also disclose a bunch of interesting information about their clients and their income. Also, the process of establishing or renewing a BID is fairly complex, and most property owners’ associations1 hire a consultant to guide them through the process. These consultants are regulated and recommended by the City Clerk’s office.

The process of getting a BID established or renewed, it turns out, looks an awful lot like the definition of lobbying activity to be found at LAMC §48.02, which is essentially preparing information and discussing it with City officials as part of influencing the passage of municipal legislation. The law requires anyone who’s paid for thirty or more hours of this over three consecutive months to register as a lobbyist, and it’s generally extremely hard to prove that someone’s met this criterion. You may, e.g., recall that earlier this year, in order to make a reasonably convincing case that Venice Beach BID consultant Tara Devine had passed this threshold, I spent months piecing together more than a hundred pages of evidence regarding her BID consultancy work.

But recently it’s occurred to me that these consultants have contracts with the BIDs they service, and that at least in the case of BID renewals, the contracts will be accessible via the Public Records Act.2 The contracts will contain some information about how much time the consultants spend on the project, and thus should be useful as evidence in reporting consultants to the Ethics Commission for lobbying without a license.

The project started to produce results at the end of February, when the incomparable Laurie Hughes of the Gateway to LA BID supplied me with her BID’s contracts with Larry Kosmont, who was handling the renewal process.3 Well, late last week, Laurie Hughes gave me an absolutely essential set of documents, consisting of detailed monthly invoices from Kosmont to the BID during the 15+ month renewal process. These are fascinating,4 containing as they do detailed inventories of every individual task involved in the renewal process broken down into fifteen minute billing increments. Turn the page for more descriptions, discussion, and speculations.
END_OF_DOCUMENT_TOKEN_TO_BE_REPLACED

Recall that I’ve been tracking the hysterical, irrational opposition of LA’s business improvement districts to the ongoing process of legalizing (some aspects of) street vending in the City since the Spring of 2015. A truly astonishing level of bitching and moaning in 2015 stalled out the whole process for most of 2016 because, I believe, everyone was too freaking sick of the whining and the carefully orchestrated lying on any number of occasions and the City just needed a rest. Until the November election of Donald Trump and his subsequent threats to deport essentially anyone, U.S. citizen or not, who’d ever smiled while thinking of eating a taco spurred the Council into action on at least the small part (small but in no way insignificant) of the plan to decriminalize illegal street vending so that, no matter how much trouble the zillionaires might cause the heladeros, at least they wouldn’t be subject to arrest and subsequent deportation. That bit seemed urgent enough to pass Council outright, and even the anti-vending forces of the zillionaire elite seemed to realize that they were just going to be exposed as the nasty little mean creeps that they are if they fought back on this particular issue. However, the Council put off acting on an actual legalization framework until later.

But recall, as I reported in January, the instructions for the report-back were altered from the original, and quite sensible,1 request for

A process to create special vending districts to be initiated by Council, the Board of Public Works, or petition (with signatures from 20 percent of property owners or businesses in the proposed district), based on legitimate public health, safety and welfare concerns that are unique to specific neighborhoods with special circumstances.

to a request for language

Providing the City Council the ability to opt out of certain streets by Council action.

At that time I didn’t understand yet how this had all taken place, but now I’ve accumulated enough documentary evidence that it’s possible to sketch out a picture. The short version is that in December 2016, Suzanne Holley, at that time acting Executive Director2 of the Schatzian horror show known as the Central City Association of Los Angeles, wrote a letter to the City Council telling them to make the change. This was distributed to the BIDs via the BID Consortium. They all told their pet Councilmembers to change it. It got changed, and all the BIDs rejoiced, some of them quite publicly. The consequences of this are going to be horrific, and whatever street vending framework gets put in place will be DOA. Details and evidence after the break.
END_OF_DOCUMENT_TOKEN_TO_BE_REPLACED

So much stuff to announce this morning! Here’s a brief list with links, and there’s a more detailed list after the break.