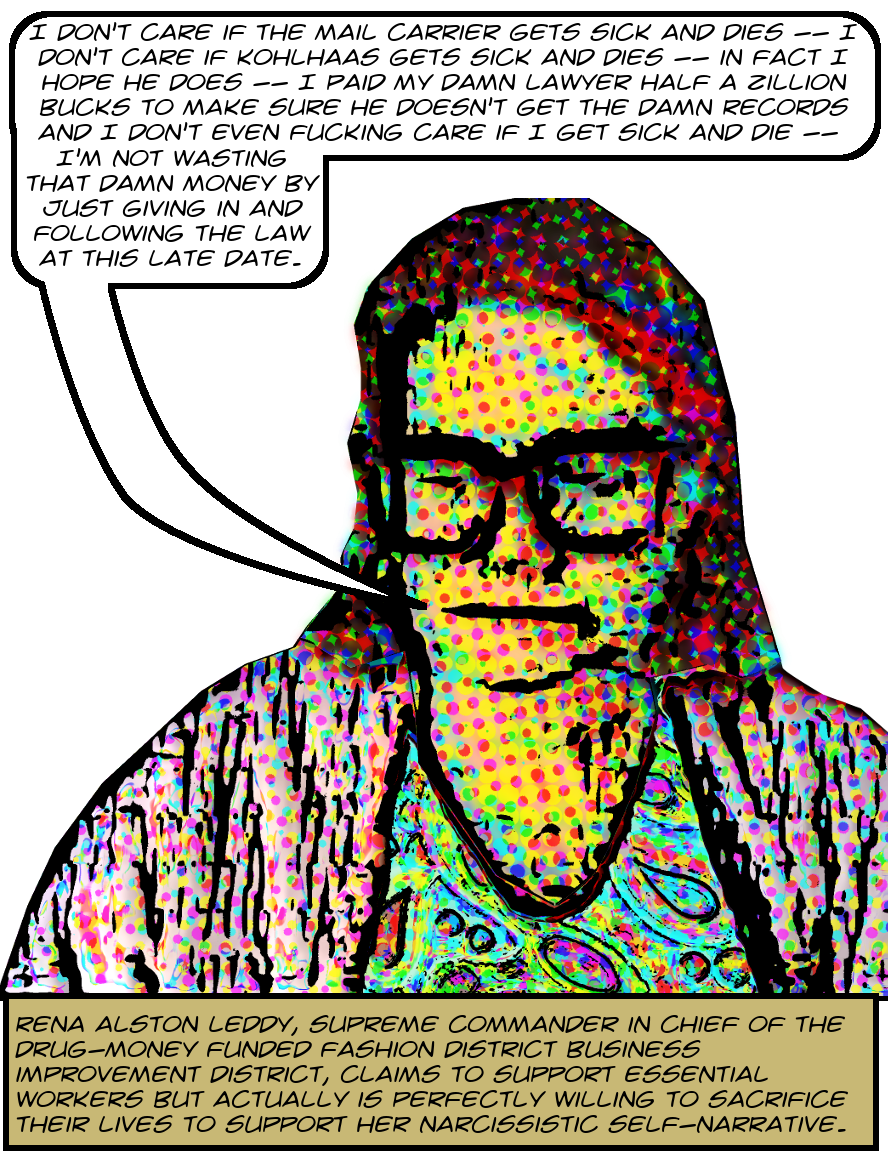 All over the State of California local agencies are using the COVID-19 pandemic as an excuse to deny the public access to records required by the California Public Records Act. I don’t, therefore, have nearly as much material to write about so in response I’m writing about the lack of records instead, and the various ways agencies deny access. Here are the first and also the second post not to mention the third posts in this series, and you’re reading the fourth!

Rena Leddy, supreme commander of the cartel-drug-money-funded criminal conspiracy known as the Fashion District Business Improvement District, refuses to let members of the public inspect records in person due to the pandemic, which may well be fine and normal.1 But she also insists that in order to protect public health and safety the only way for requesters to get access to electronic records is to mail her a brand new unopened USB drive onto which she will copy the records and mail it back.

This is an element of her pre-COVID program of obstructing access to records by making the process as onerous and costly as possible. But obviously any method which requires physical objects to be transferred between strangers is more likely to transmit disease than a method which does not. This is true not only for the people exchanging the objects but also for all the intermediaries, like mail carriers, mail sorters, staff members who have to open the envelopes, and so on.

Leddy is willing to increase the risk of disease and therefore death for requesters, essential workers, her own staff, and herself for the sole reason of delaying and obstructing access to records, and to do so in the name of protecting their safety. When confronted with these facts Leddy declined to contradict them, merely stating that the narrative was “out of control.” And it’s certainly out of her control, but where’s the lie, Ms. Leddy?
END_OF_DOCUMENT_TOKEN_TO_BE_REPLACED 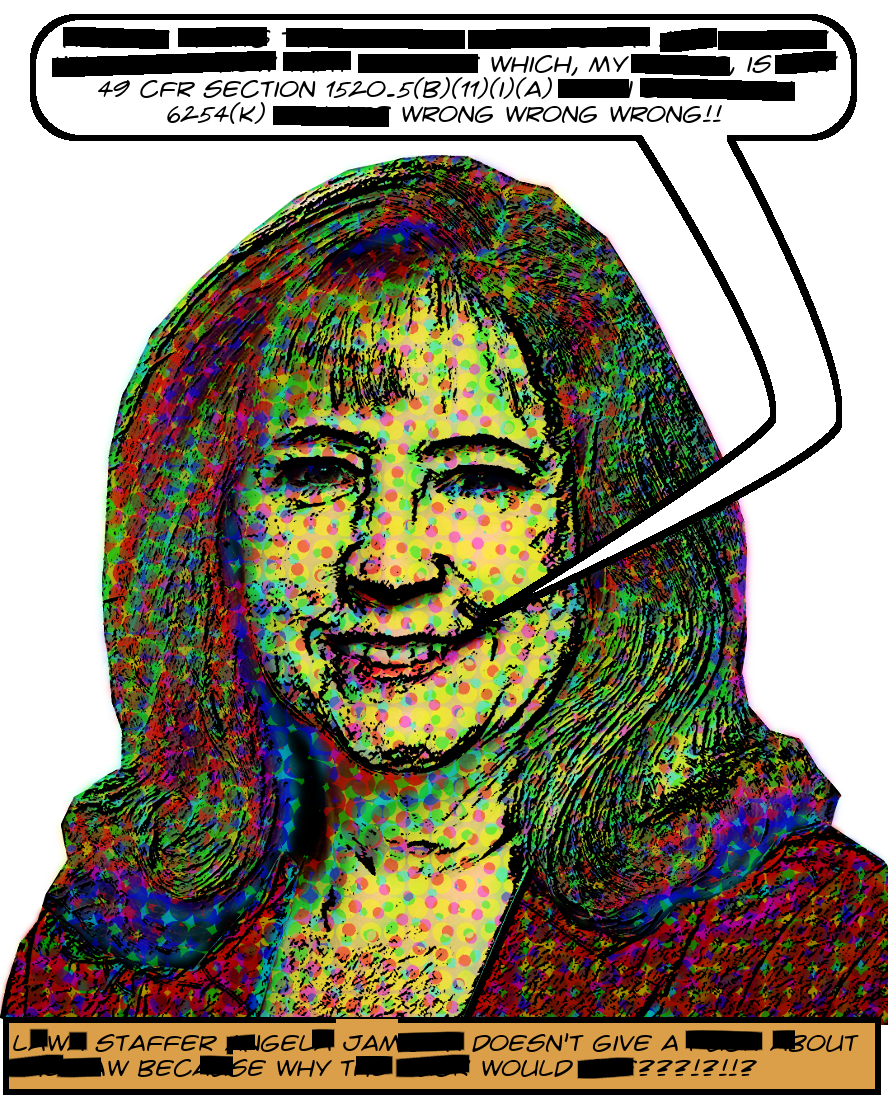 Of course, the explanatory power of this statement is nil — essentially all it says is that they’re allowed to pick up passengers at the curb because the rules allow them to pick up passengers at the curb. It tells us nothing about how or why the decision was made. But Jamison claimed that these three emails were the only records responsive to my request (ridiculous color scheming in original; blue is from my request, red is Jamison’s response):
END_OF_DOCUMENT_TOKEN_TO_BE_REPLACED

As you probably know I’ve been investigating LAUSD charter schools using the California Public Records Act since January 2019. I was moved to this work1 by the monumental UTLA strike and especially the union’s focus on charter co-location.

I obtained some striking early results including an incredibly consequential release of emails from Green Dot Charter Schools, some of the fruits of which got wide and fairly devastating coverage in the media, including the Los Angeles Times, and Capital and Main, and Diane Ravitch’s blog, and elsewhere.

But this kind of success breeds resistance, so a lot of charters lawyered up and stopped producing records in response to my requests, or even stopped producing without the benefit of a lawyer’s advice.2 The only option left in such a situation is to start filing lawsuits, and that’s just what I’ve been forced to do. 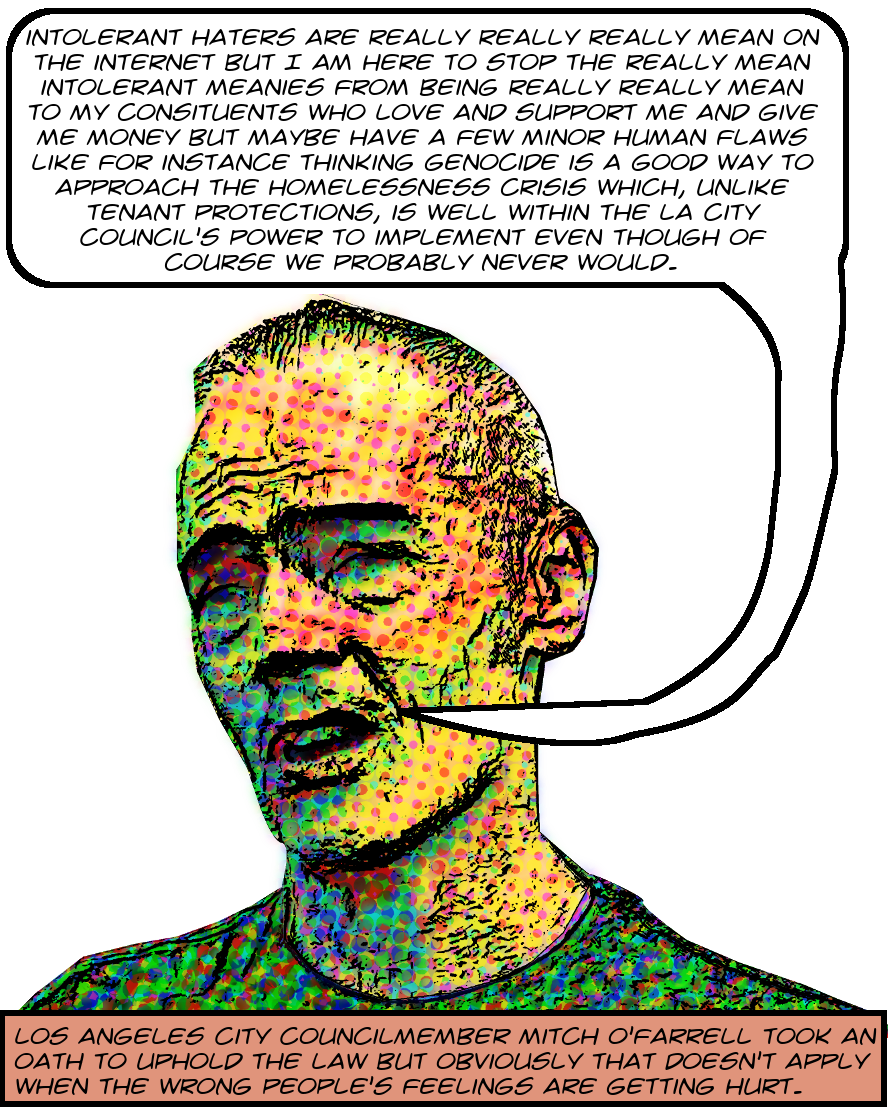 Dan Halden, who’s responsible for handling some of my CD13 CPRA requests,4 has told me that such redactions are legally justified because exposing constituents to personal mockery for advocating genocide against the homeless would create a chilling effect on their willingness to contact their elected officials. Here’s one instance of Halden’s articulation of this novel5 legal theory:
END_OF_DOCUMENT_TOKEN_TO_BE_REPLACED 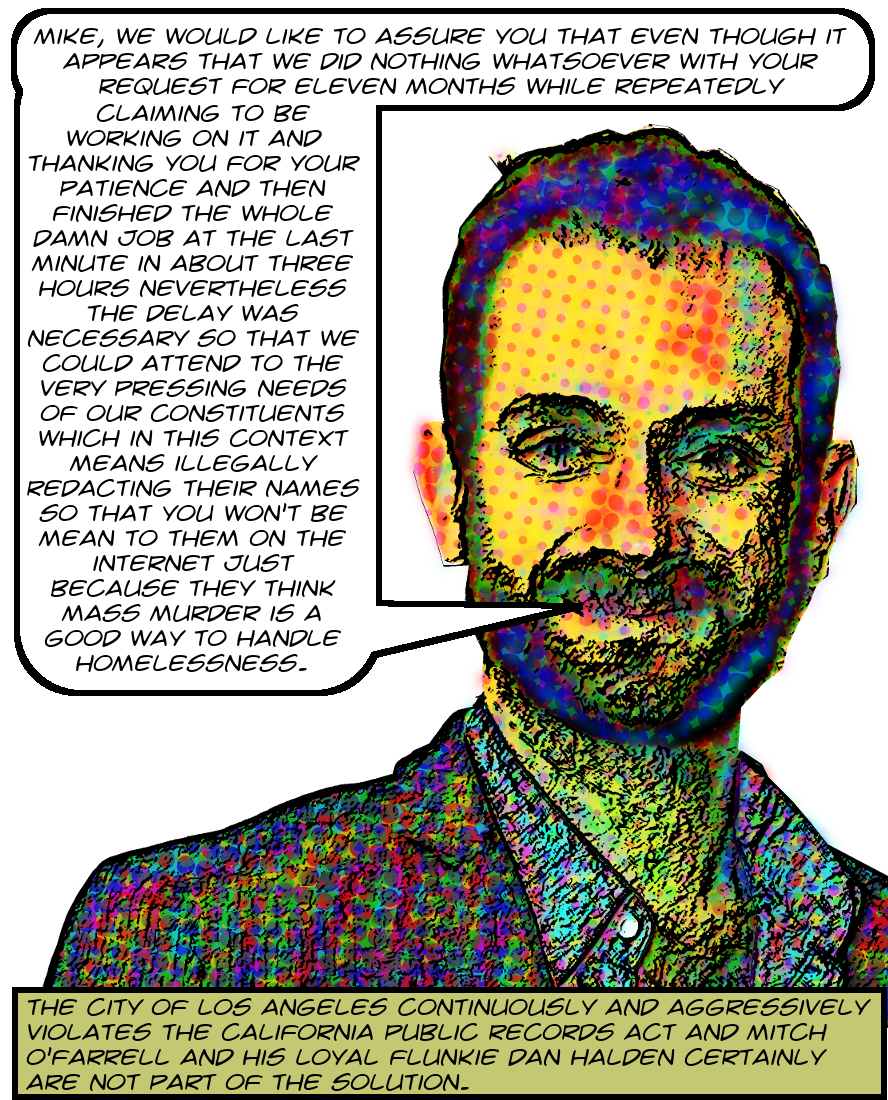 It’s an inexhaustible source of topics, and I’m kicking things off with a post about City Council District 13, an inexhaustible source all on its own.3 This ill-fated district is infamously repped by the widely despised Mitch O’Farrell, who along with his frontman and loyal minion Dan Halden, manages to violate the CPRA in any number of egregious but interesting ways, some of them unique in my experience to his office alone. Today we’re talking about just one of them, which is delay of production.4 END_OF_DOCUMENT_TOKEN_TO_BE_REPLACED 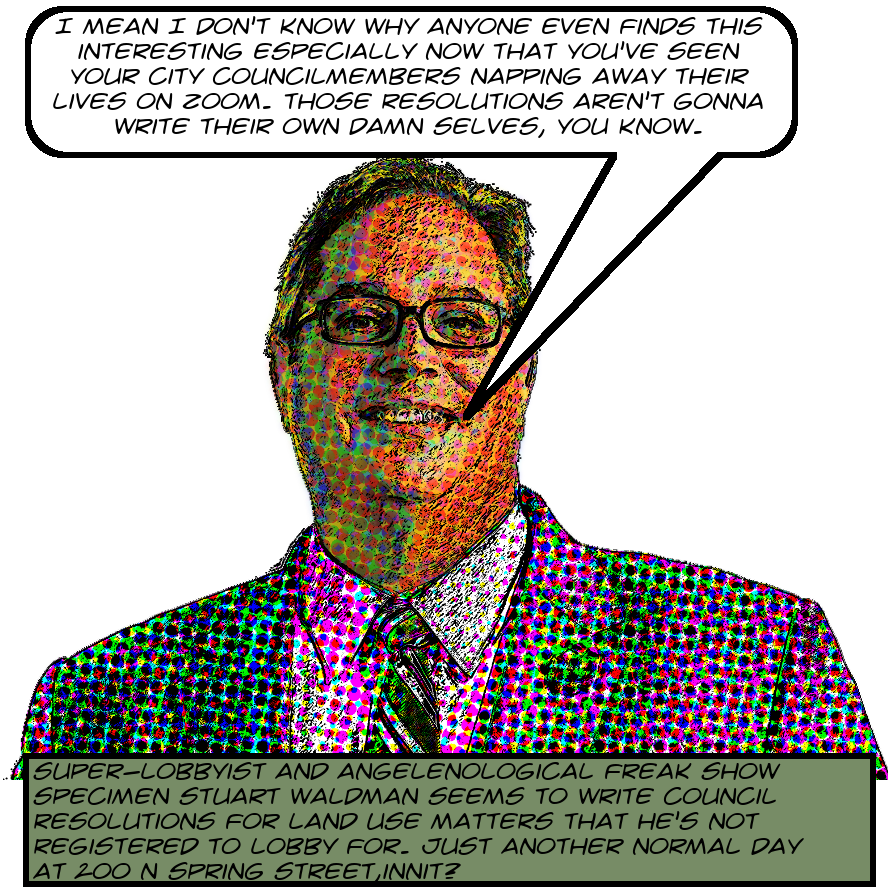 This is a massive project with the usual nauseating mix of live/work and creative blah blah blah of the too-familiar type beloved of zombie urbanist flackmonsters like Urbanize LA. Like all such projects, this one requires bunches of spot-zonings, variances, general plan changes, and so on. In particular, in exchange for a mere 12 “restricted affordable units”3 the City is proposing to rezone the parcels from Heavy Industrial to Commercial Industrial.
END_OF_DOCUMENT_TOKEN_TO_BE_REPLACED