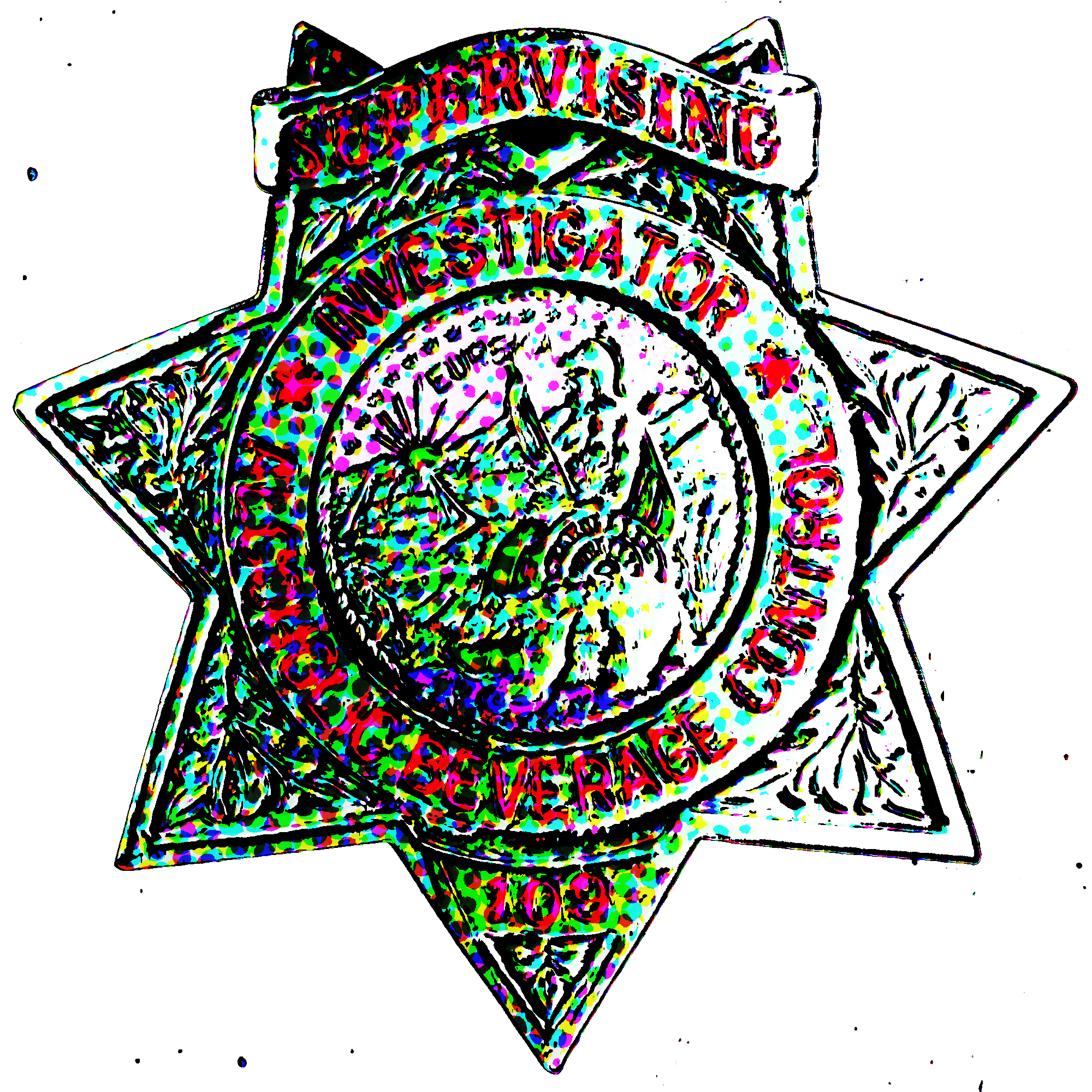 Don’t forget that on Thursday, March 28, 2019, at 8:30 AM in Judge John Kronstadt’s Courtroom 10B in the First Street Federal Courthouse ultra-corrupt former ABC agent Will Salao and his thoroughly indicted co-conspirator Scott Seo will be sentenced for their ultra-corrupt crimes. Although probably Will Salao is going to get less than Seo because it seems likely that he is a cooperating witness and Seo is not.1

And recently some sentencing material was filed with the court but it was all filed under seal so we’re not to know what was in it. But just now the government filed an unsealed version of their recommendations for Seo’s sentence. You can get the sentencing position here and the exhibits here. The first item is fairly interesting, and the government recommends the low end of the guidelines-based sentence because Seo has a family to support.

However, one of the exhibits is really interesting. It’s a long letter from ABC general counsel Matthew Botting describing the fairly appalling fact that Will Salao is presently running a consulting business in the advertising for which he characterizes his last job as “Supervising Agent In Charge of the ABC/LA Metro District Office,” omitting salient adjectives like “disgraced,” “corrupt,” “indicted,” and so on.

I have essentially zero sympathy for the ABC on anything at this point because my recent experience has made it clear that they’re all a bunch of power-drunk sociopaths, but I can certainly see their point. The upshot of the letter is that they ask Judge Kronstadt as part of both Seo’s and Salao’s sentences, to bar them from representing, advising, or consulting with people about anything to do with the ABC.

I wonder, though, if this kind of restriction is actually within a judge’s power to impose. It seems at least plausible to me that it’s a violation of the First Amendment. Maybe it’s allowable if they’re forbidden from lobbying for pay? But maybe not. As always, turn the page for a transcription, and maybe come out to the sentencing hearing next week!

Upon the repeal of prohibition in 1933, the State of California adopted a framework where all authority to regulate the licensing, manufacture, distribution, retailing, and taxation of alcoholic beverages resided within the State Board of Equalization. In the early 1950’s, in the wake of a scandal involving corruption and bribery at that State agency, an amendment to Article XX, Section 22, of the State Constitution established the ABC. The Alcoholic Beverage Tax Program was retained within the Board of Equalization (now the California Department of Tax and Fee Administration) and all other authority for the regulation of alcoholic beverages was given to the newly created ABC.

The history of the alcoholic beverage industry, and this nation’s various experiments with its regulation, is replete with stories of organized crime and government corruption. As a consequence, from its first creation, the ABC has been particularly sensitive to the need to regulate this industry in a fair, even-handed, and transparent manner, with service to the People of this State being the highest priority. Virtually all of the ABC’s employees understand this history and do their jobs with absolute integrity, serving their communities and the entire state by helping get good people into business and removing bad operators from this highly regulated industry.

The actions of Mr. Seo and Mr. Salao, two former employees of the ABC and former co-workers of many current employees, are a stain on the reputation of the ABC and all of its employees. When they worked here, they were both law enforcement officers, entrusted at the highest level to act with fairness, honesty, and integrity. Mr. Salao rose to the level of Supervising Agent in Charge of the ABC’s Los Angeles District Office, responsible for managing all licensing and enforcement activities without the Los Angeles-Metro area, including Korea Town. [sic] Before leaving the ABC, among other things, Mr. Seo served as a liason to the Korean business community throughout the state, helping businesses navigate the often complex licensing requirements of the law. It is not uncommon for bars, restaurants, and liquor stores licensed by the ABC to be run by first and second-generation immigrants to this country who often have difficulty communicating due to language barriers, and who are many times suspicious or fearful of government officials.

Mr. Salao took advantage of the authority entrusted to him. Using the power of his position, he was able to manipulate internal procedures of the ABC to hide his illegal scheme. Since Mr. Seo previously worked for the ABC, he also knew what actions the conspirators could get away with without raising red flags and being investigated by the ABC. Further, but disclosing the identities of confidential informants and undercover police officers, they potentially put those people’s lives at risk.

If there is a silver lining in this, it is that no other employees of the ABC were aware of or involved in their nefarious scheme. Regardless, the ABC’s reputation for fairness and integrity has been damaged by their actions. Based upon the information in the indictment, some licensees have been able to get conditions on their licenses removed or modified improperly; others may have had applications delayed or even denied because they were not willing to pay bribes to Mr. Seo and Mr. Salao, potentially resulting in them not being able to get into business or having to incur unnecessary costs to do so; others appear to have been targeted for enforcement actions designed to benefit the conspiracy. The ABC has diverted resources to review the files of licensees potentially impacted by Mr. Salao’s and Mr. Seo’s scheme to determine whether or not action can or should be taken to address any issues arising from the illegal conduct.

To illustrate the continuing impact of the illegal conduct on the ABC, it has recently been brought to our attention that Mr. Salao continues to hold himself out to the public as a knowledgeable and valued consultant, with ties to the ABC, who can represent licensees and applicants before the ABC. There are no statutes, regulations, or even guidelines that govern the activities of consultants or license brokers who interact with the alcohol industry and appear before the ABC. We are concerned that Mr. Salao and Mr. Seo will continue to represent unsuspecting businesses and individuals in the same sort of matters that formed the bases for the criminal indictment.

For example, attached as Exhibit A is a recent solicitation from Mr. Salao that apparently was sent to him by people who obtained the right to apply for certain types of licenses issued by the ABC (in which a lottery drawing is conducted). Exhibit B contains screenshots form Mr. Salao’s currently active website (www.thealcoholindustryexperts.com) that solicit ABC licensees and license applicants, and that highlight Mr. Salao’s ABC experience. The ABC is confident that the criminal enterprise was limited to Mr. Salao and Mr. Seo, and that no current employees of the ABC are engaged in such activities. However, the fact that these two individuals may continue to make submissions to the ABC on behalf of licensees or license applicants that the ABC will conduct investigations upon, may give some members of the public the unfortunate impression that they are receiving special treatment and that the corruption exposed continues or is more widespread than thought.

It is respectfully requested that, as part of their sentencing, the Court bar Mr. Salao and Mr. Seo from appearing before the Department of Alcoholic Beverage Control in any capacity and prohibited from representing, advising, or consulting any business or person in connection with any matters, including licensing or enforcement, before ABC.

One thought on “Ultra-Corrupt Former ABC Agent Will Salao Is Running A Lobbying Firm For Alcohol Licensing — And Representing Himself As A Knowledgeable Former ABC Special Agent In Charge — The California ABC Is Not Happy About This And They Submitted A Letter To Judge John Kronstadt Asking Him To Prevent Salao From Doing This As A Condition Of His Sentence — Which Will Be Handed Down On March 28, 2019 — Government Seems To Recommend Sentence At Low End Of Sentencing Guidelines For Indicted Salao Co-Conspirator Scott Seo — Although It’s Hard To Be Sure Because A Lot Of Their Reasoning Is Under Seal”