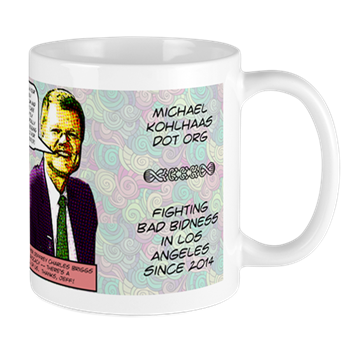 This mug commemorates the fact that the Hollywood Media District finally paid the $30,000 in legal fees that Judge Mary Strobel awarded my lawyer in July as a result of our successful CPRA case against these morons. It took them till September to do it, but now, by God, it is done! 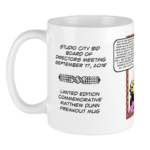 This mug commemorates the epic freakout by Studio City BID board member Matthew Dunn who, maybe ever since that perp walk, really really really really does not like people filming him. You can read the whole sordid story here and then we are guessing you will, like us, just not be able to resist buying the damn mug! 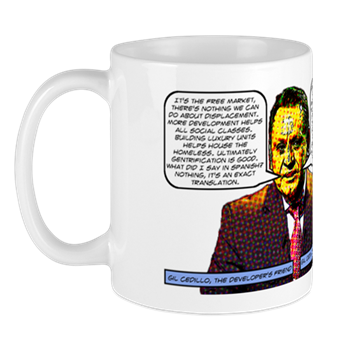 This mug commemorates Councildude Gil Cedillo’s propensity to try to be all things to all people. Click here for a more clear picture of the cartoon! 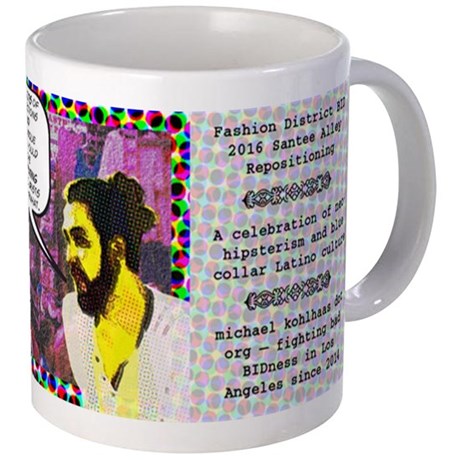 This mug commemorates the 2016 Fashion District BID commissioned study of how to better market Santee Alley to neo-hipsters and whatnot. The full sordid story can be found here in what’s turned out to be one of our most popular posts of 2017. As always, here is a full resolution copy of the image file used to make the mug. 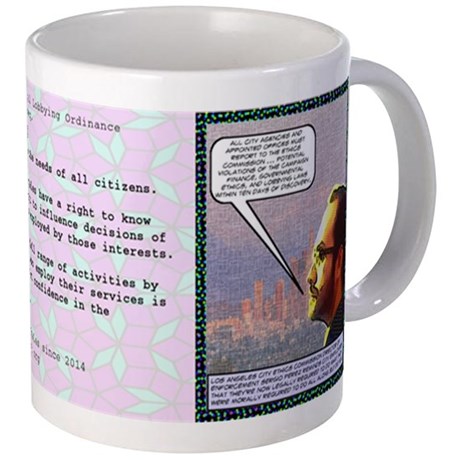 This mug honors the recent revision of Los Angeles ethics laws to include a duty for City employees and elected officials to report violations within 10 days. See details here. This mug features a stirring selection from LAMC §48.01:

If you’re interested, here is a full resolution copy of the image file used to make the mug. 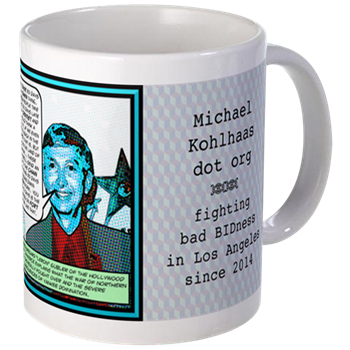 This mug honors Leron Gubler and the Hollywood Chamber of Commerce for their extra-special-super-duper attention to detail with respect to compliance with the Municipal Lobbying Ordinance. The sordid details can be found here. Also, if you’re interested, here is a copy of the full-size image file that I used to make the cup. Make your own cup or modify it at will to make a custom cup! 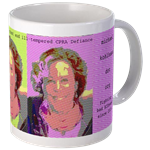 Besten Show Award Mug — This mug uses a Warholesque reenvisioning of a picture of Historic Core BID Executive Director Blair Besten to commemorate the sporadically awarded Besten Show Prize for Flagrant CPRA Defiance! The full-sized image file that I used to make the cup is available, so you can use this image to make your own cup or alter it at will and make a custom cup! 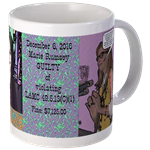 Marie Rumsey is Guilty Commemorative mug — Commemorates Marie Rumsey’s confession and subsequent payment of a $7,125 penalty of for breaking the freaking Revolving Door Law! We shopped her to the Ethics Commission and she was done in on our information. We’ll be producing a commemorative mug every time one of our complaints comes to fruition. This one has an inspiring quote by Ms. Kerry Morrison which is hard to see above, but is easy to see on the full-size image file that I used to make the cup. You can use this image to make your own cup or alter it at will and make a custom cup! 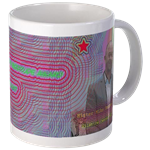 Mike Russell Transparency in Bidditude Award Mug — Mr. Mike Russell of the Wilshire Center BID is the single most conscientious CPRA correspondent I have ever worked with, so I named a prize after him, awarded it to him, and made this mug to commemorate the whole transaction. If he wants a mug, though, he’ll have to buy his own or someone will have to buy one for him. Unfortunately I don’t seem to have the full-size image file for this one on hand, but here is a small one. Don’t try to use this to make a mug, as it will be severely pixelated.