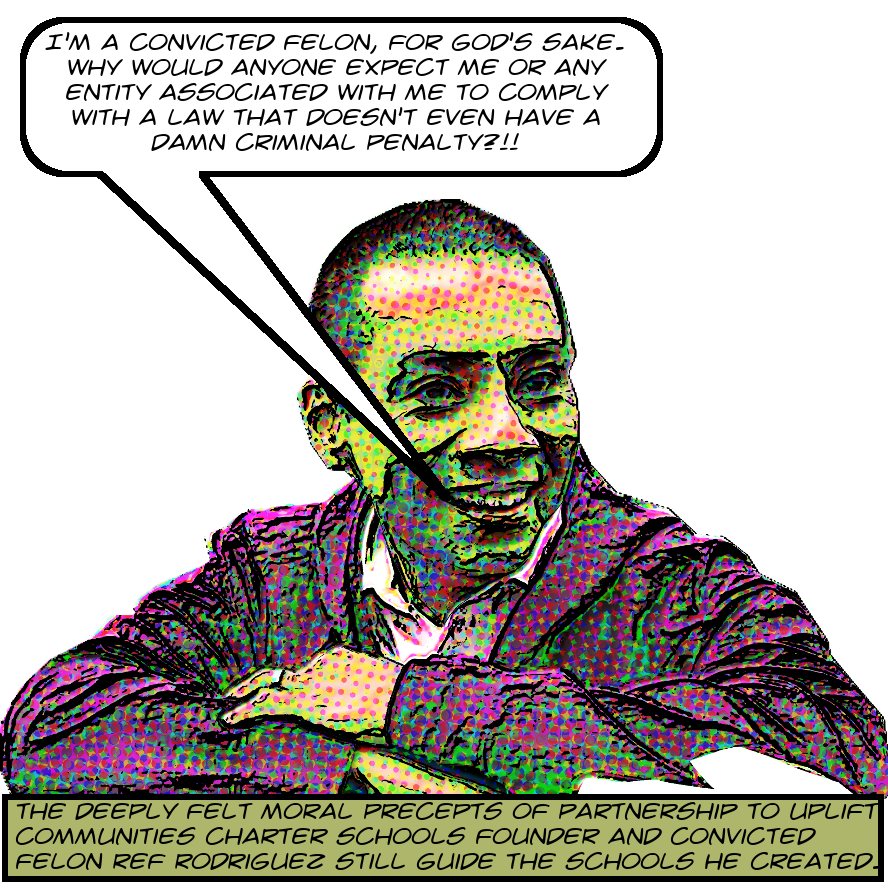 In January 2019 I started investigating Los Angeles charter schools using the California Public Records Act and immediately ran into the typical block-headed obstructionism so beloved of CPRA-subject public agencies. I got some pretty interesting material early on, when I was still focusing on how charters reacted to the UTLA strike. As I began to understand the issues better I started looking into co-locations in general and learned, e.g., a lot of important stuff about GANAS academy.

This material ultimately helped to some extent supporters of their co-location target, Catskill Elementary School, fight off their co-location attempt, which really started to show me the utility of the CPRA not just to scholars and journalists, but to anti-charter activists as well. But things really took off in June 2019 when I received a massive release of emails from Green Dot Charter Schools containing explosive correspondence with the California Charter Schools Association.

These documents revealed, among many, many other things, that LAUSD Superintendent Austin Beutner allowed CCSA lobbyists to vet and edit an advance copy of his first major policy speech. That board member Nick Melvoin asked CCSA lobbyists to write a board resolution for him that would facilitate charters expanding control over LAUSD facilities. That Melvoin shared confidential legal information with CCSA while they were actively suing the District.

That former Board member and now convicted felon Ref Rodriguez also allowed CCSA lobbyists to edit and vet at least one Board resolution. That CCSA intended to put all California students in charter schools by 2030. Revelations from this material were widely covered in the press, including the Los Angeles Times, and Capital and Main, and Diane Ravitch’s blog, and elsewhere. The ramifications of these revelations are still unfolding even now, more than six months later.

This success and my growing understanding of the shadowy world of education privatizers led me to broaden my CPRA requests to charter schools, both in terms of the information I sought and the schools I asked to produce it. One of the requests I made at this time was to PUC Charter Schools, whose executive leadership is fairly plugged in to the charter elites that guide CCSA policy in Southern California. PUC, by the way, is also famous for being the cradle which nurtured the aforementioned criminal Ref Rodriguez, who was some kind of co-founder of the place.

Also, this success, which must have stunned the fairly complacent charter establishment, seemed to inspire charter schools to lawyer up and essentially stop producing material. Hoping, no doubt, albeit in vain, to stanch the flow of daming revelations about their wicked ways. And PUC schools, in line with this trend, completely ignored a request for emails I sent them in June 2019. They ignored it, and ignored it, and ignored it. So on Friday, January 17, 2020, with the able assistance of heroic attorneys Ian Stringham and Tasha Hill, I filed a petition in Superior Court asking a judge to compel them to comply with the law.

This is only the second CPRA lawsuit I’ve filed against a charter school. The first was filed last month against The Accelerated Schools, a beleaguered white savior charter conspiracy operating in South Los Angeles. That lawsuit seemed to inspire at least a few charter schools with a new respect for the law. For instance, the day after I posted about the suit Extera Charter Schools came through with a complete response to a request that they’d been sitting on since May 2019, revealing, among other things, some really interesting facts about their reactions to co-location protests.

Obviously I need records much, much more than I need all these damn lawsuits, so I’m hoping that this second petition will inspire even more charters to stop fooling around, stop obstructing access, and just comply with the law. If they don’t, though, there are plenty more petitions where this came from!

Image of convicted felon and conspirator Ref Rodriguez is ©2020 MichaelKohlhaas.Org and was once seen whispering furtively in the ear of …