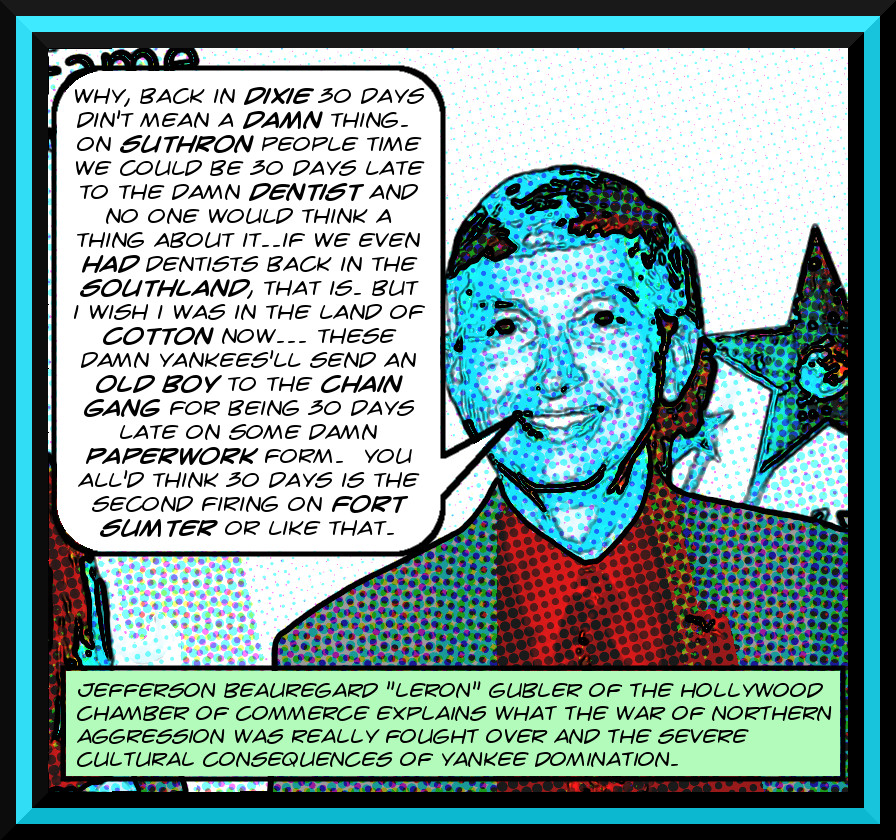 It’s well-known that the Municipal Lobbying Ordinance requires lobbyists of all stripes to register with the City Ethics Commission. The Hollywood Chamber of Commerce is no exception to the rule.1 They are also required to amend their registration forms if there are any material changes in the information provided.2

And as you know if you follow this blog, I find everything to do with lobbyists in Los Angeles fascinating, and thus I haunt the Ethics Commission’s lobbying pages, poring over the alphabetical lists of individual lobbyists and of lobbyist firms and employers to see if anything’s changed or if something is newly interesting.

And lo! Last night I noticed that our old friends, the Hollywood Chamber of Commerce, had amended their registration form on April 28. Here are the two forms:


There’s a lot of information on the forms, though, and I didn’t feel confident that the difference I’d noticed was in fact the only difference. I wasn’t sure what do to until this morning, when it occurred to me that if I put both pages into the GIMP, superimposed one on top of the other, and then faded the opacity up and down I’d be able to notice what changed.4 And it turns out that in fact, it’s correct that the only change was the date of the Hollywood Chamber’s qualifying as a lobbyist.

Which leads irresistibly to the question of why Leron Gubler and/or Nicole Shahenian, who are the Hollywood Chamber’s two registered lobbyists, felt the need to make this tiny change. Read on for speculations and some other chit-chat about the fact that Leron Gubler lists the establishment of the Hollywood Western and the Route 66 BIDs as issues the Chamber is lobbying for this year.

Personally, I’d like to think that they are feeling the heat of constant scrutiny emanating from these pages, manifested most recently in our stunning discovery that Nicole Shahenian seems to have lied to everyone about some pretty important matters, quite likely in violation of her solemn oath as a lobbyist.5 But, sadly, as with so many such things, we’re probably never going to know.6

And the long list of issues that they’re lobbying over is fascinating in itself. Among them we find several old friends, obsessions of the famous Ms. Kerry Morrison one and all, like e.g. street performers, or street vending, and so on. But also interesting, and not surprising in retrospect, are the listings for two inchoate BIDs, the Hollywood-Western BID and the Hollywood Route 66 BID, both of them projects of the infamous Mr. Jeff Zarrinnam, kingpin shot-caller of the also infamous East Hollywood BID.

And it’s not the fact that the Hollywood Chamber is behind these two projects that’s a surprise. Obviously, like every other real estate oriented zillionaire or zillionaire-adjacent entity in the City they’re in favor of BIDs and more BIDs, especially, for whatever reason, ones run by Jeff Zarrinnam, whose EaHo7 BID is already administered by the Hollywood Chamber of Commerce, and why would these new BIDs be any different?

What’s surprising, although clearly not wrong, is that the Hollywood Chamber openly admits that its advocacy on behalf of BID formation is lobbying activity under the meaning of the Municipal Lobbying Ordinance. This seems to be a fairly controversial idea in some circles. For instance, shadowy BID consultant Tara Devine fairly notoriously failed to register as a lobbyist based on her work in establishing the Venice Beach BID.

The situation is even more complex with BID renewal efforts.8 It turns out that registered lobbyist Larry Kosmont considered his renewal work for the Gateway to LA BID to be disclosable lobbying but that no other renewal consultant seems to agree, at least if their failure to register with the Ethics Commission is any indication. I’m presently in the process of building cases against renewal consultants Ed Henning for his work with the San Pedro Historic Waterfront BID, against Urban Place Consulting for their work with the Fashion District BID, and a couple others that are too incipient to discuss.9

In any case, for whatever reason, the BID establishment and BID renewal mafias seems generally quite resistant to the idea that what they’re doing is lobbying activity and that they might be required under the law to register. That’s why it not only surprised me to find that at least Leron Gubler and Nicole Shahenian agree with me against their zillionaire compatriots on the issue, but also cheered me up to an unreasonable degree. And that’s all I have for you today!

Image of Leron Gubler is originally from here but I chipped, tipped, gripped, and flipped it to the point where it is now, it seems, ©2017 MichaelKohlhaas.org.