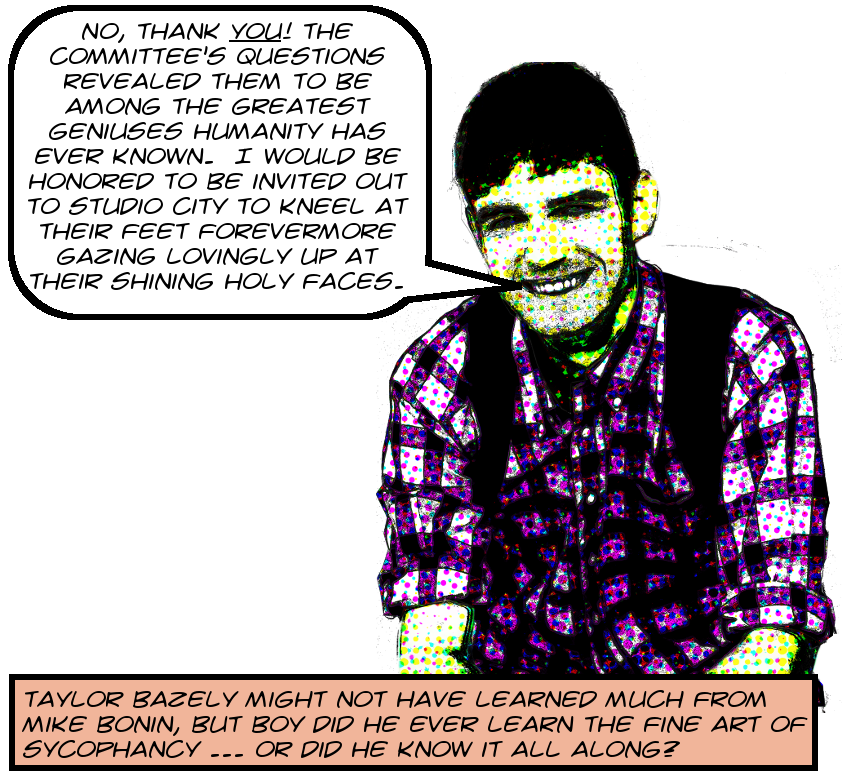 Right now there is no BID more interesting to me in the entire City of Los Angeles than the Studio City BID. I mean, I dropped by one of their furtive little meetings last month and one of their directors, famously angry clown Matthew Dunn, was so rattled by my presence that he stormed out of his own meeting.1 And then they committed such an astonishing series of so very flagrant violations of the Brown Act that I was forced to send them a demand letter asking them to pinky swear that they’d never do it again.

And man, when it comes to his CPRAiatic duties, SCBID zeck dreck Dr. John Walker Ph.D.2 is a freaking pain in that thing that writers often resort to mentioning pains in for metaphorical purposes, but once in a while a few items trickle through the border wall as they did yesterday when he, or at least his pocky little minion Damian Gatto, sent over a few righteous goodies! And amongst these was this announcement from June 2018 in which the Studio City BID gave notice to the BID Consortium that it was hiring a replacement for Emmy-winning Zeck Dreck Dr. John Walker!! There is a transcription of this remarkable document after the break.

And the next applicant that I know anything about is our old friend Taylor Freaking Bazley! That’s right, Mike Bonin’s creepy little field deputy for Venice, deeply implicated in the horror show that is the Venice Beach BID, is out looking for another job! Do his friends at CD11 know about this?! Probably not, because he obviously isn’t using them as references! You can read everything I know in this September 12, 2018 email from SCBID Board member Ben Besley5 to John Walker, Board president Tony Richman, and fellow hiring committee members Barry Wise and Dean Cutler.

Here’s the story in brief, and you will find detailed discussion and transcriptions of all relevant emails after the break! About a month ago Taylor Bazley interviewed for the job. After his interview he sent a sycophantic thanks-friend! email to Board president Tony Richman about how the committee’s shit smelled like roses and so on.6 Also, he seems to have given shadowy BID president Tara Devine’s name as a reference. The hiring committee evidently found it difficult to get in touch with Tara Devine. Finally, Ben Besley got an email from admin@venicebeachbid.com, a well-known pseudonym of Ms. Tara Devine, splaining that Tara Devine was too busy to talk to him right now but maybe later!

Then John Walker weighed in with a story about how TD was being investigated for not spending BID money properly and also how the SCBID didn’t hire her to be their renewal consultant because she charged too damn much. He closed this defamational little missive with the defamer’s favorite excuse: “This is not meant to sway your investigation but I think you should be aware of some history.” So yeah, just another example of how the Los Angeles BID world is like one big seething daisy chain but without the sex.7 Turn the page for transcriptions of all relevant material!
END_OF_DOCUMENT_TOKEN_TO_BE_REPLACED