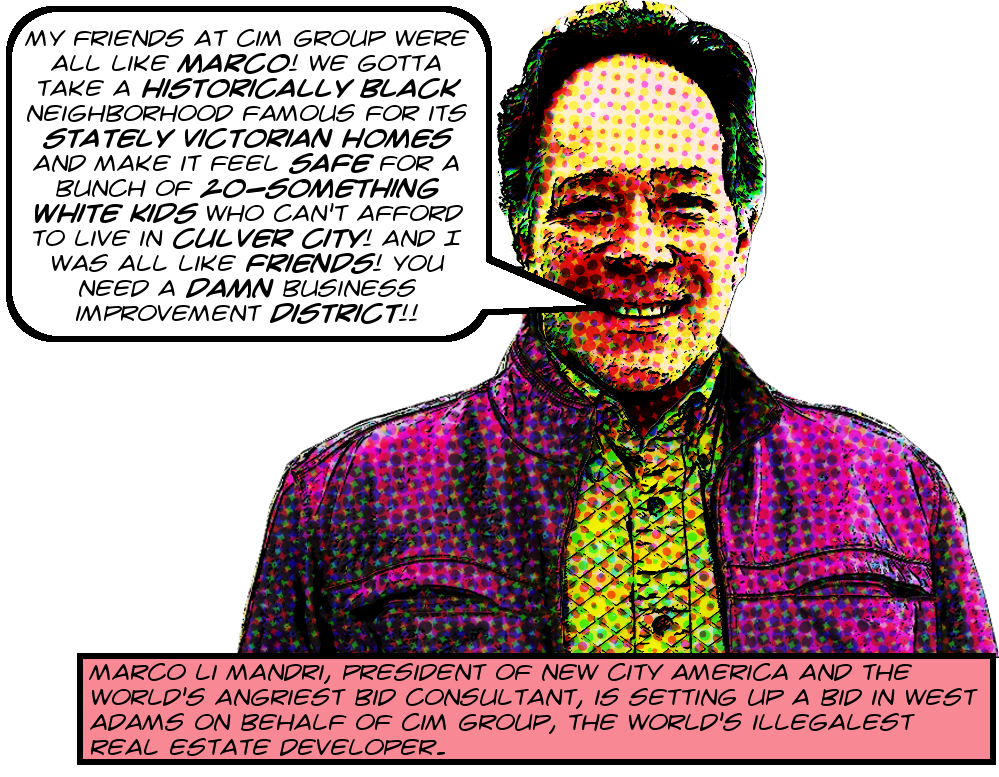 According to Li Mandri the plan is to have the engineer’s report and the management district plan in to the Clerk’s office by the middle of January. I don’t know if they have gone to petitions yet. The BID is expected to raise $370,000 in its first year of operation. Turn the page for links to and transcriptions of the emails on which the story is based.
END_OF_DOCUMENT_TOKEN_TO_BE_REPLACED 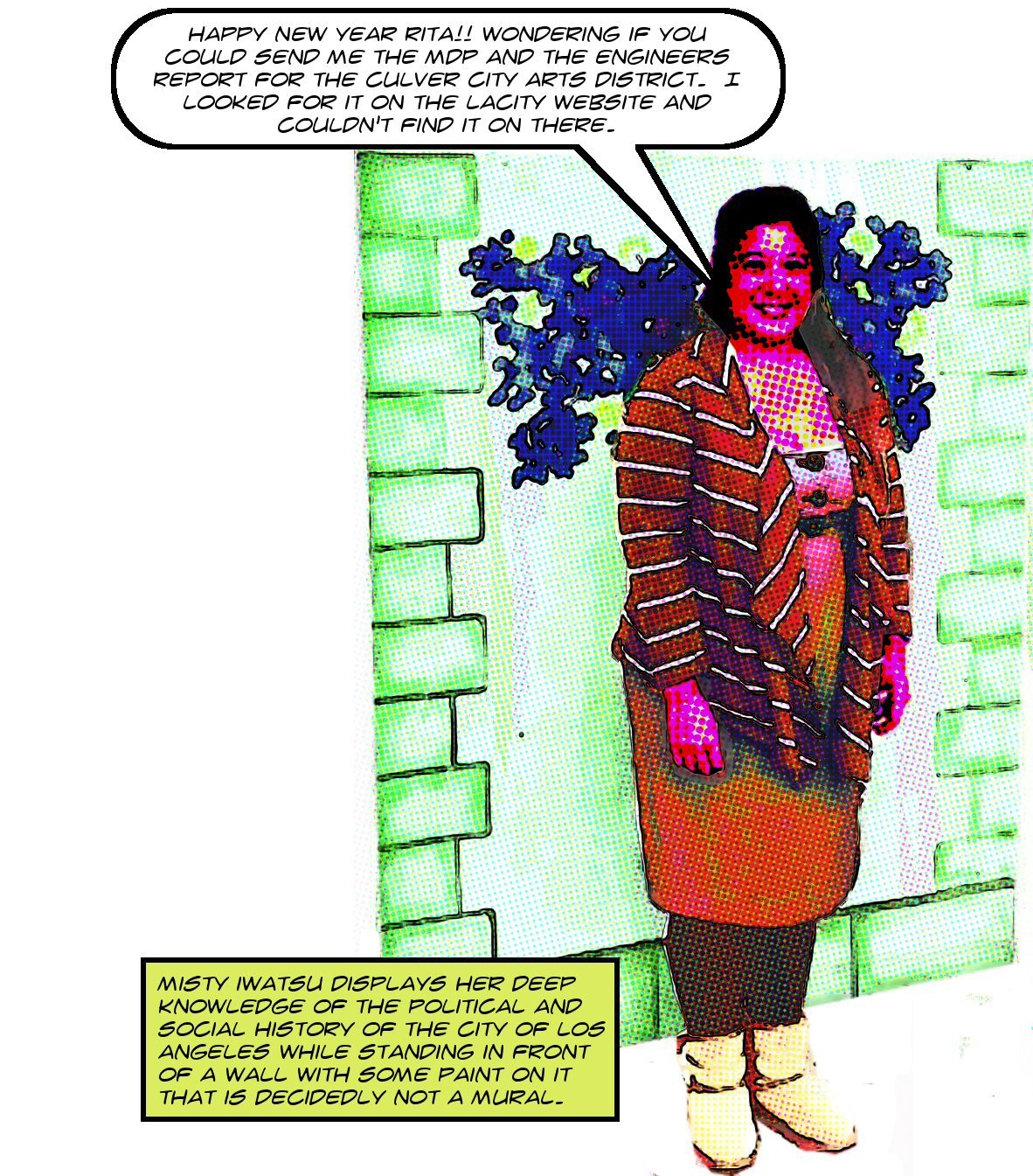 Tonight I have for you another juicy morsel from the recently announced set of emails from the Highland Park BID. Our story begins with this email from the BID Consortium to all of its zombie-like followers who, it seems, include Misty Iwatsu. The email was a listing of job opportunities for the LA BIDdie community, ensubjectified “Announcement:::BID Opportunities” and containing, in pertinent part, the following likely little slab of puckey:

The Culver City Arts District is looking to hire a part-time Executive Director to help manage the programs and Board. The position will only be about 20-25 hours a month ($45-50 an hour). They are hoping to find someone that can assist with the business outreach, events, board administration, oversee a marketing consultant and generally keep things humming along. It is fairly low-key – and relatively flexible – though the board is looking for a self-starter with exceptional communication skills that can keep things moving along without a lot of oversight.

And friend Misty Iwatsu evidently read that and thought something along the lines of “I’m gonna cut me a slice of that cake!” because, somewhat less than three days later, she sent this cheerful little missive off to City of Los Angeles employed BIDmeisterin Rita Moreno, whom so many of our BIDs rely on for her good sense and relative sanity,1 asking for some job-related info and, in the process, fatally revealing the fact that she thought Culver City was somehow a part of Los Angeles when everybody who’s actually paying attention knows it’s its own damn place, got their own damn mayor, their own damn city council, their own damn muni code. It’s just like a real city, only smaller!

As usual, turn the page for a transcription, more emails, and the usual mockery!
END_OF_DOCUMENT_TOKEN_TO_BE_REPLACED