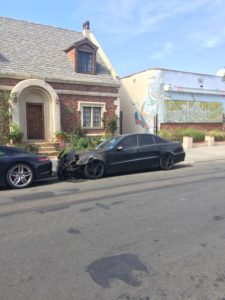 There’s not much to this morning’s post, but I did manage to get another 1200 Media District emails converted to PDF and posted on the Archive. These are highly miscellaneous both in terms of subjects and senders/recipients. As with the previous batch I was not able to batch-export the attachments. However, because the emails came to me as .eml files I am able to reconstitute attachments individually,1 so if you spot any that you need drop me a line and I’ll forward it/them along to you.
END_OF_DOCUMENT_TOKEN_TO_BE_REPLACED

How much does a private nonprofit organization have to pay an LAPD officer in exchange for him running off some homeless people who are having a barbecue on the sidewalk and scaring the neighborhood zillionaires? Newly received evidence suggests that the going rate is $200 per running-off incident.

It has been more than two months since the last entry in our ongoing LAMC 49.5.5(A) project, in which we report various City employees to the Ethics Commission in an attempt to discover exactly what the most fascinating ordinance ever,1 LAMC 49.5.5(A), actually prohibits. It’s high time for another report, and this is it. First, recall what the law actually says:

The Hollywood Media District elected its officers at yesterday’s Board of Directors meeting and you can watch the whole thing here. Mike Malick, current president and chairman of the nominating committee, presented an approved slate of candidates, chief among which were Grub-meister Laurie Goldman as president of the Board and also, possibly due to Kissinger’s law,1 Mighty Mike himself as vice-president. Then, as is not only customary but probably legally mandated, Mike asked for nominations from the floor and Bang! Off went the fireworks. Not only was there was a fascinating dispute about the corporation’s bylaws and Brown Act requirements but also, O rarest of Board meeting events! an unexpectedly contested election which installed hand-picked putative shoo-in candidate Laurie Goldman as Board President by a mere one-vote margin, setting a tense and bitter tone for the rest of the meeting, perhaps the rest of the year.
First, and for some reason, some show folk whose names we didn’t catch chose this moment to ask about how board members are replaced and could they get their compatriot in. Mike Malick explained that candidates were recommended by the nominating committee to the board. This prompted a response from Ron Groeper about the legality of the process proposed by Mike which included a reading from the bylaws, never a feature of the meetings of an organization which is harmonious and happy. In any case, the Brown Act precludes board action on non-agendized matters, and so, says Mike Malick, on to the election!
END_OF_DOCUMENT_TOKEN_TO_BE_REPLACED