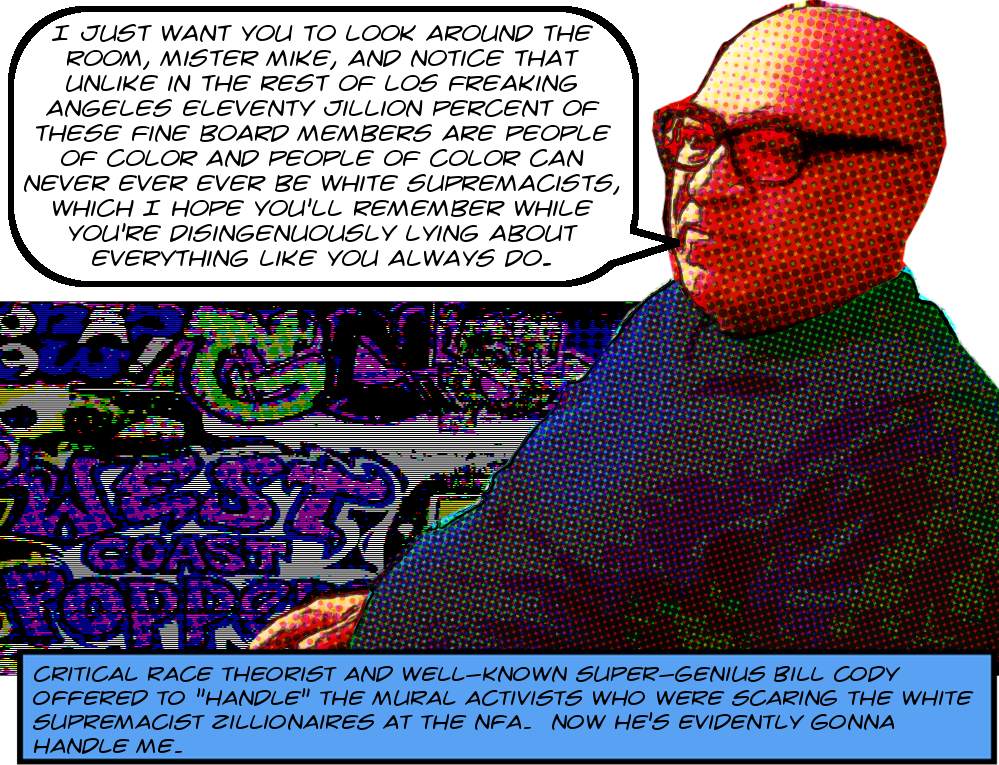 So yeah, the headline pretty much says it all. I filmed yesterday’s meeting of the North Figueroa Association and got yelled at by a toadie.1 You can watch the video:

They didn’t make quorum, so the meeting was short. The third most interesting part was the report by the world’s oldest field deputy, the toadlike toadie Mr. Bill Freaking Cody, which you can watch beginning here. In particular, Bill Cody notes that CD1 will be holding “an overall design meeting for Highland Park, probably the first week of August.” He lists the groups that will be invited and, big surprise, none of the local arts activism groups are included.

The second most interesting occurrence was Board President Tom Wilson’s announcement that James Bygrave, hipster restaurateur and member of the Highland Park BID’s super-exclusive Facebook stalking committee, is resigning from the Board. Bye James!

And like one of our idols,2 “we have saved the best for last!” Turn the page for all the news concerning el gran mamón Bill Cody’s rage-rant about how unlike all other BIDs in Los Angeles the members of the Highland Park BID Board of Directors are largely people of color which, it seems, was a response to a recent post of mine that he either didn’t read carefully or wasn’t capable of understanding.3 Read on, friends!
END_OF_DOCUMENT_TOKEN_TO_BE_REPLACED 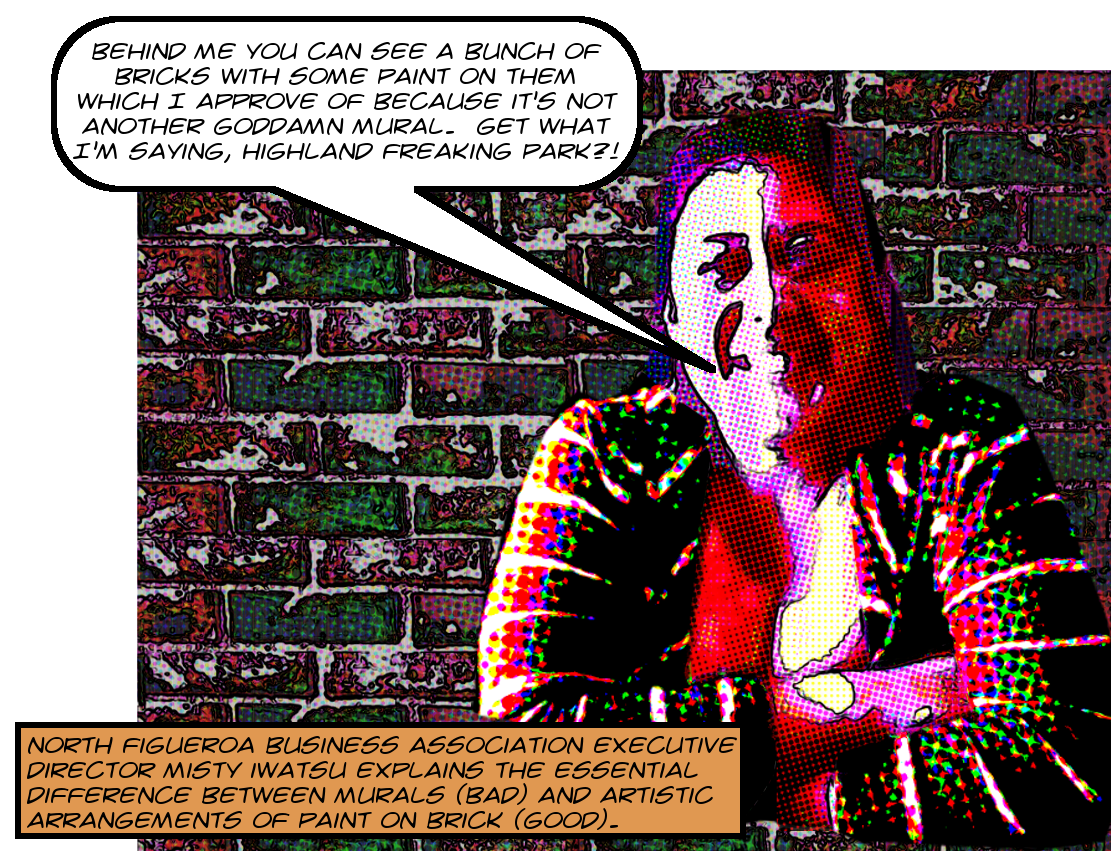 One purpose of this post is to announce the availability of a bunch of emails from the Highland Park BID from 2017 and early 2018. The Highland Park BID is a new client1 of mine, and thus far they, in the person of their executive director Misty Iwatsu, have been exceedingly cooperative, for which I thank them very much.

There’s a lot of interesting material in there,2 and I’ll be writing about at least a few more items over the coming weeks, but most interesting of all, I think, is some material from November 2017 about antigentrification activists in Highland Park and their understanding of the BID’s role in social cleansing for the sake of financial gain.3

This story provides an excellent example of what pernicious gentrification looks like in Los Angeles, how it is covertly but significantly supported by the City government, and how property-based BIDs do not care a whit about the interests of business owners per se. They only care about the interests of the owners of commercial property who, in this City at least, are predominately white. Turn the page for all the details!
END_OF_DOCUMENT_TOKEN_TO_BE_REPLACED