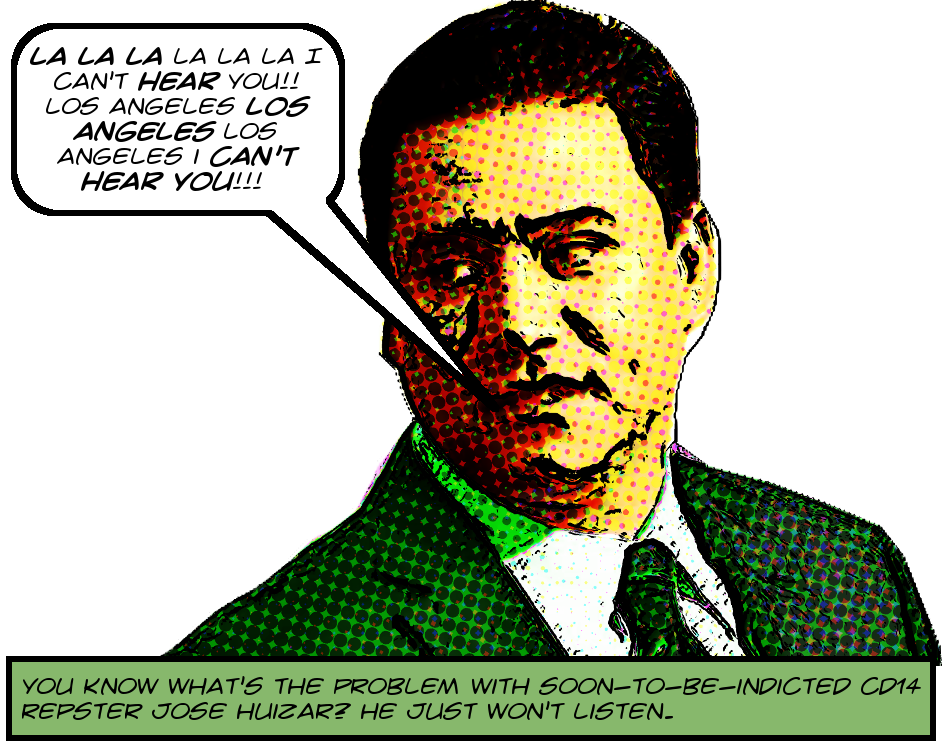 For about two months now I’ve been looking into the practice of Twitter users being blocked or muted by official City of Los Angeles accounts. I’m still gathering evidence, but yesterday it came out that Police Commission president Steve Soboroff blocks a bunch of users who’ve never even interacted with him, so I thought it’d be timely to write up the information I have so far. This issue is of special interest in these latter days given that in 2018 a federal judge ruled that it is unconstitutional for Donald Trump to block users on Twitter.

What I can offer you today, friends, is Twitter block/mute information for eleven of the fifteen council districts, the City Attorney, the Mayor, and a small selection of official LAPD accounts.1 There’s also an interesting line of hypothetical bullshit from deputy city attorney Strefan Fauble2 about some pretty technical claims about CPRA exemptionism,3 but that, being übernerdlich, is way at the end of the post.

My research on this question is ongoing, mostly hindered by the City of LA’s familiar foot-dragging CPRA methodology. Turn the page for a tabular summary of the results I have so far along with a brief discussion of how Strefan Fauble is still on his CPRA bullshit.

So yoicks! That’s a lot of damn accounts blocked by Huizar. What’s he hiding from?! Well, obviously I have no idea, but the facts are certainly interesting, eh?

It’s really interesting how careless this response is. First of all, the CPRA at §6254(c) exempts from release ” Personnel, medical, or similar files, the disclosure of which would constitute an unwarranted invasion of personal privacy.” It’s just not plausible that any list of random Twitter accounts is going to satisfy this description. Also see how Fauble fudges the issue by replacing the word “Personnel” from the statute with the word “personal.”

There’s absolutely no exemption for personal information written into the CPRA, as much as secretive government agencies wish that there were. The most popular bullshit exemption claim for putatively private personal information is §6255(a), which allows agencies to withhold whatever they want if they can make an argument that it’s in the public interest to do so. Fauble’s use of §6254(c) in this context is not only unique in my experience, but it’s far wronger than most such claims.

And then there’s the deliberative process exemption.4 Fauble pins this on §6254(k). That’s a hard section to understand, because it exempts “Records, the disclosure of which is exempted or prohibited pursuant to federal or state law, including, but not limited to, provisions of the Evidence Code relating to privilege.” And that’s a lot of reasons. And they’re not listed here. But deliberative process is not among them. Experts, a term which evidently does not encompass Fauble within its denotatory range, agree that the so-called deliberative process exemption was created by courts in California based on §6255(a).5

In any case, Fauble’s claim is still a bunch of crap regardless of where the locus classicus of this bogus exemption claim really is. According to the Reporters’ Committe for Freedom of the Press, a successful deliberative process claim requires:

“To establish that a document is predecisional, an agency must identify an agency decision of policy to which the document contributed … or at least must show ‘that the document is in fact part of some deliberative process’ … To show that a document is deliberative, a document generally must consist of opinions or recommendations. … As the majority in Times Mirror states, however, “[e]ven if the content of a document is purely factual, it is nonetheless exempt from public scrutiny if it is ‘actually . . . related to the process by which policies are formulated.’ … or ‘inextricably intertwined’ with ‘policy-making processes’

So for this list of muted accounts to be exempt as deliberative process there has to be an actual decision being made wherefor the list is part of the process, and the idea that there is such a decision is completely, utterly, unbelievable. Thus did I fire off a little missive to Fauble challenging his novel theory of the matter:6
Dear Mr. Feuer,

Can you state whether there are in fact muted accounts that you’re refusing to produce or are you stating a hypo or are you going full Glomar?7

Also, can you explain how a list of facts can be deliberative process? Can you state the decision that this list is predecisional with respect to?

Finally, can you explain how Twitter handles could be personal private information give that their creators have published them to the world already?

In short, can you please abandon this claim that a list of accounts muted by the City Attorney is exempt under any theory and just produce the information?

And eventually Fauble wrote back to me with a little didactic rant but capitulating in that he admitted that the City Attorney was not, in fact, muting any accounts:

There are currently no muted accounts. As to a list of any such accounts being exempt under the CPRA, while I will not provide you with a full legal analysis, please see Times Mirror v. Superior Ct. (1991) 53 Cal. 3d 1325, which holds that appointment calendars, phone records, and other factual records may be deliberative process privileged and exempt from production under the CPRA because they reveal the thought processes of government decision makers. Revealing a user’s list of muted accounts effectively reveals the user-decision maker’s priorities and his choices of what to consider or not in his decision making process. And, as Government Code section 3524(j) [sic — should be 6254(j)] concerning library circulation records implicitly indicates, a user’s choice of reading priorities and habits is personal information subject to exemption. Thus, lists of muted accounts would be exempt under Gov. Code sections 6254(c) and (k).

OMJ! Love the way lawyers spend two pages explaining why you’re wrong before doing what you asked them to do. Anyway, there’s already been enough of this for me to subject you to an explanation of why his analysis is really really really wrong, especially since it doesn’t apply to anything at all. And my investigation into who these City officials are blocking/muting on Twitter continues. Stay tuned!

Image of Jose Huizar engaging in activities and doing what he does is what it is and is also ©2019 MichaelKohlhaas.Org