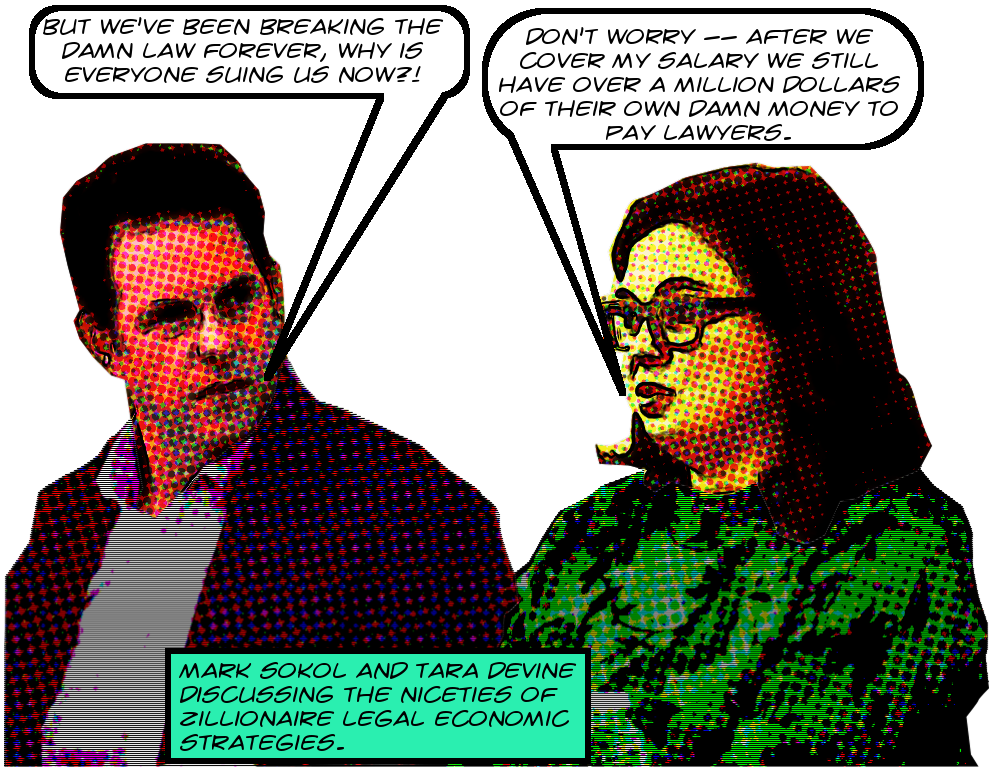 Yeah, perhaps you recall that in February 2017 I sent a public records act request to the newborn Venice Beach BID and executive directrix Tara Devine has been conscientiously ignoring it ever since. And so I hired a lawyer. And the lawyer filed this petition in Los Angeles County Superior Court. And served the petition on the BID yesterday.

Of course, this is the same course of action that the Larchmont Village BID recently thrust upon me. I wish there was some way to get these BIDdies to follow the law other than by filing petitions against them but the State Legislature, in its inscrutable wisdom, has made this the only remedy. Sad but true. Stay tuned for more information and turn the page for some excerpts from the petition.

1. This is a petition to enforce the California Public Records Act (“CPRA”) against Respondent the Venice Beach Property Owners’ Association, a.k.a. the Venice Beach Business Improvement District (“the BID”). The BID formed in 2016 amidst controversy and significant community objection. Its contractual obligations began on January 1, 2017. On February 17, 2017, Petitioner submitted a CPRA request for records related to the BID’s operation and formation. More than thirteen months have elapsed and, to date, the BID has failed to provide even a single record in response to Petitioner’s request.
2. As a creature of statute and public contract, the BID has important public obligations, including the obligation to comply with the CPRA. The BID’s operations are a source of significant community concern, and the public has a strong interest in the records the BID has failed to provide. The BID’s continued flouting of the CPRA casts a veil of secrecy over matters as fundamentally public as the BID’s communications with the City of Los Angeles and the Los Angeles Police Department, the BID’s relationship with consultants and contractors, intra-board communications, and the particularly-controversial issue of the BID’s selection of a security provider.
3. Therefore, by this petition and pursuant to the Code of Civ. Procedure §§ 1085, et seq. and Cal. Gov’t Code §§ 6250, et seq., Petitioner seeks a writ of mandate to enforce the CPRA by compelling the Venice Beach Property Owners’ Association to locate and produce the requested records. assisted researchers and the public at large in understanding BIDs. Petitioner has worked with students at U.C. Berkeley School of Law’s Policy Advocacy Clinic and documentary filmmakers producing a film on the Greater West Hollywood Food Coalition and the Hollywood Media District BID. Petitioner’s work has made a tangible impact on open government and the enforcement of accountability laws. For example, in response to his discovery–via information obtained through public records requests–that private BID patrol operators were not registering with the Los Angeles Police Commission as required by law, the Los Angeles City Attorney resumed enforcement of that provision and a BID patrol was investigated for its use of excessive force. Additionally, Petitioner has empowered the public to use the CPRA effectively in both research and civic activism by publishing a guide to the practical use of the CPRA in the City of Los Angeles. Petitioner is a member of the public within the meaning of §§ 6252(b)-(c).
5. Respondent the Venice Beach Property Owners’ Association is a property owners’ association pursuant to the Property and Business Improvement District Law of 1994, California Streets & Highways Code §§ 36600, et seq. Respondent contracts with the City of Los Angeles to manage the Venice Beach Business Improvement District. Respondent is subject to the CPRA as a matter of state law. California Streets & Highways Code § 36612.

Image of VBBID conspirators is ©2018 MichaelKohlhaas.Org and is modified from a screenshot from here.