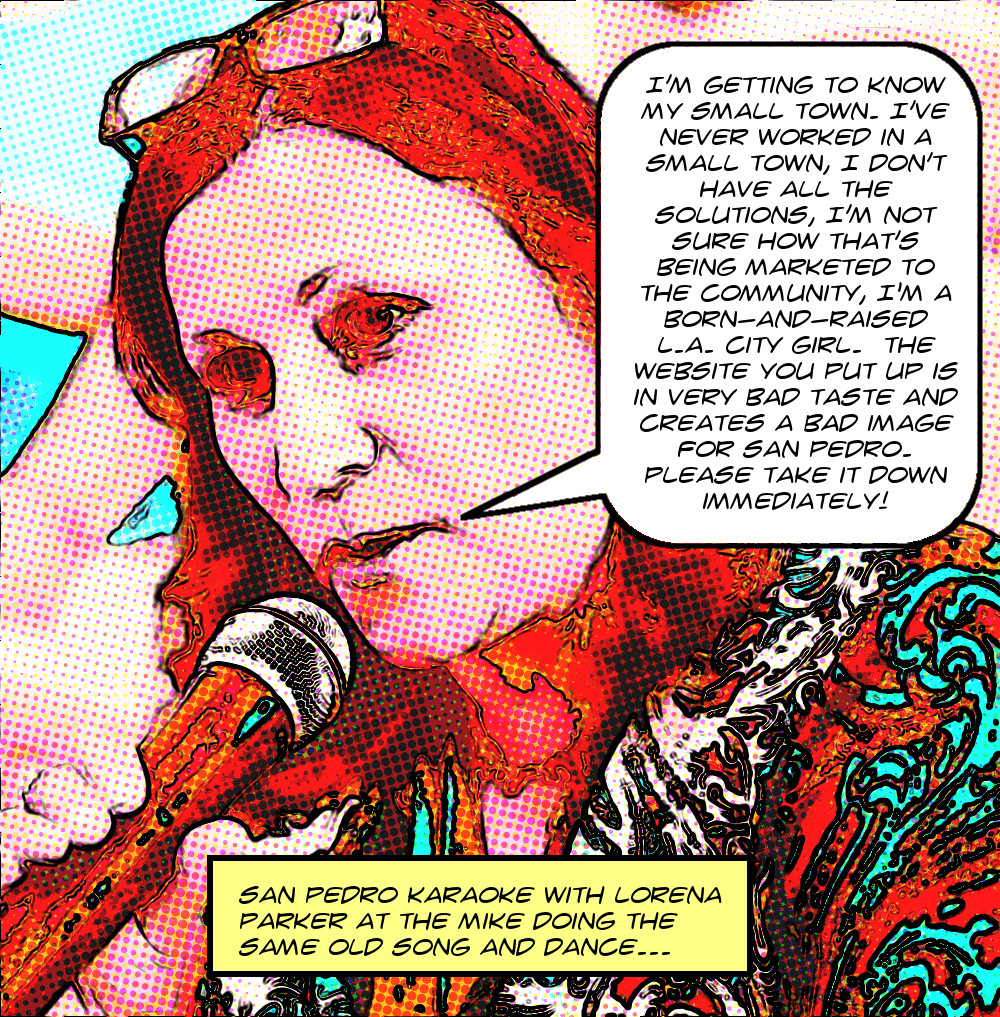 You may recall that Edward Henning is an engineer who works with a number of BID consultants on BID establishment and renewal, writing the engineer’s reports required by Streets and Highways Code §36622(n). I’ve previously reported, e.g., that he seems to get paid about $9,000 for writing these things.1 Well, TIL that Ed Henning is also a BID consultant his own self!

The story begins with Lorena Parker, executive director of the San Pedro Historic Waterfront BID, sending me the contract that Ed Henning and her BID signed for consulting services, along with some ancillary information:

These materials are also available on the Archive, which is useful because of OCR and so forth. And that’s today’s goodies. Turn the page for discussion!

First of all, note the price that Ed Henning is charging. It’s only $20,000, which includes a contingency of $2,450 in case it’s necessary. Thus Henning is proposing to charge this BID less than $18,000 for his consultancy. This is quite amazing, not least because it seems that Tara Devine gets paid about $80,000 for the same task. Also, although I haven’t yet published it,2 I have a copy3 of the contract between the Fashion District BID and their renewal consultant, Urban Place Consulting, wherein the FDBID agrees to pay UPC more than $55,000 for getting their BID renewed.

Here’s something that makes this extreme variation in pay between consultants even more strange: The job of getting a BID renewed is not some wildly creative endeavor. In fact, the City of Los Angeles publishes a detailed timeline explaining every step in the process.4 How is it that one consultant can charge $20,000 to carry out those steps, another can charge $55,000, and a third can charge $80,000? It’s not even that talent matters. A BID renewal is a yes-or-no process. It’s binary. Either your BID gets renewed, in which case your consultant was successful, or it doesn’t,5 in which case your consultant failed. There is no such thing as one successful BID renewal working out better than another one. They are the same if they both succeed. So why, e.g., is the Fashion District paying out $55,000 for theirs and San Pedro only $20,000 if it’s not for improved results?

Well, certainly everyone’s too professional for the fact that, according to her LinkedIn profile, Rena Masten Leddy, current executive director of the Fashion District BID, used to work for Urban Place Consulting, to have influenced what seems in context like a shocking overpayment. Surely if she had something to be ashamed of with respect to her hooking her former employers up with a lucrative gig for which they’re getting paid almost three times as much as a competitor earns for a comparable job, she would take steps to hide her connection with the Urban Placites, would she not?


And it’s true, it’s right there on her LinkedIn thing. But on the other hand, when she inherited the throne from deposed6 ED Kent Smith, the FDBID put out a press release announcing her coronation in which Urban Place Consulting was mentioned not at all. But it’s a well-known fact that present contexts shape past truths.

In any case, despite my ill-omened attempts at humorous innuendo,7 what’s really important about these new documents from Lorena Parker is the further light they shed on the formerly shadowy profession of BID consulting. They are similar in importance to the recent Kosmont revelation handed over by Gateway to LA BID powerhouse heroine Laurie Hughes. Don’t be surprised, therefore, if Edward Henning turns up shopped to the CEC on yet another unregistered lobbying beef. Stay tuned!

Image of Lorena Parker started its life here and then I messed with it to the point where it’s ©2017 MichaelKohlhaas.Org. The words in her mouth are a melange taken from The Daily Breeze and The Renaissance Dump. As far as I know she actually said all that stuff, just not in that order! The LinkedIn thing is a screenshot in case the original disappears; thus fair use. The picture of the dwindling staff of UPC came to us via Wikimedia.