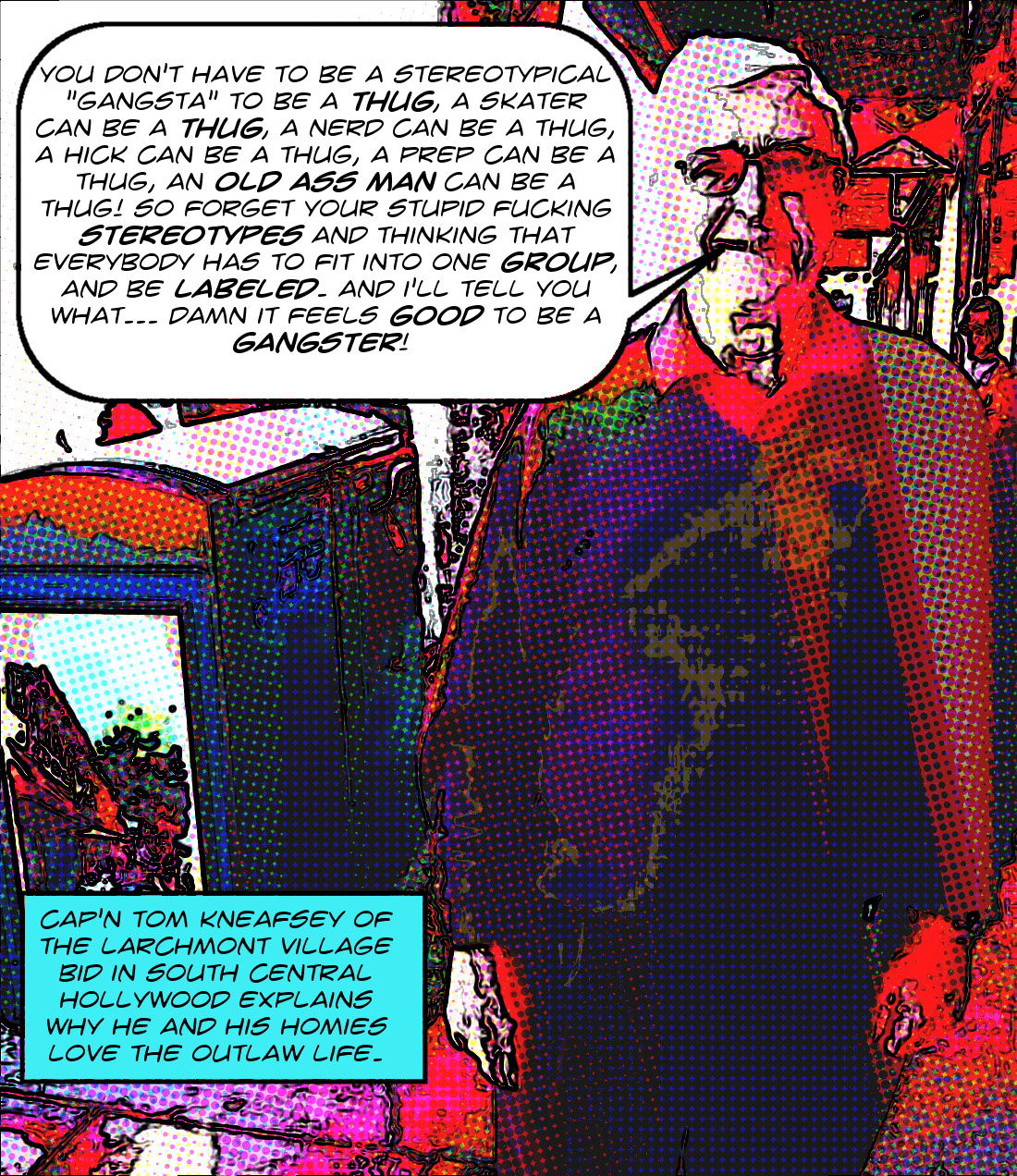 So much new material to announce!

And turn the page for beaucoup de bylaws and some interesting preliminary material on the privatization of public space in the San Fernando Valley. Most interestingly, there is a very rare appearance of some new material from the outlaw stronghold known to the world as the Larchmont Village BID!

These people are well known for being willing to completely ignore, to flout, to trample upon, their duties under the CPRA. You may recall how, last year, I had to spend months hassling and ultimately pay a lawyer to threaten this creepy little BID in South Central Hollywood because they completely ignored my requests for information about their freaking signal box art contest. Well, that led to this interesting saga, the moral of which is essentially that being flamboyantly stupid doesn’t stand in the way of the financial, social, and political success of rich white people.

So anyway, in October 2016, right after they finally handed over those emails, I asked them for a copy of their bylaws, because they seem to never actually meet, they don’t notice their meetings publicly as required by the Brown Act, and bylaws can be helpful in understanding how often and on what schedule BIDs are bound to meet. Well, my astute readers will have noticed that it is now six freaking months later, and I am just finally getting the bylaws. This is because they ignored me again, and even though I personally threatened them with litigation, that was, evidently not enough. I had again to get an actual lawyer involved which, as before, was finally enough to make them cough up the goodies.1

And these bylaws are pretty interesting. There are a number of places where they’re not sticking to their own rules,2 although at this point I don’t understand the California Corporations Code well enough to know what kind of trouble they can get in for this.3 The most egregious thing, though, is found in Article IV, Section 10, which states:

ACTION WITHOUT MEETING. Any action of the majority of the Board of Directors of the Association, although not at a regularly called meeting and the record thereof if assented to in writing by all of the other members of the Board, shall always be as valid and effective in all respects as if passed by the Board at a regular meeting.

This procedure, of course, is in direct, explicit, contradiction to the Brown Act’s requirement that all business of this BID be conducted at open, noticed, public meetings. The Larchmonties are infamous for not noticing their meetings either on their website or by mail,4 for pretending they had meetings when they did not,5 for seemingly forging minutes of meetings ex post facto,6 and so on. But that their bylaws actually allow them to violate the Brown Act is a whole new level of shocking. It’s also upsetting in that, insofar as the City Clerk’s office, which claims to monitor the operations of BIDs,7 certainly ought to have caught this problem at some point and made them revise their bylaws. Well, my work with this small-scale criminal conspiracy is ongoing, and perhaps you’ll hear much much more about it here soon enough! Have a good weekend, and it’s off that I’m signing!

Image of Tom Kneafsey came from here, got mogrified, remogrified, trans-, cis-, and hetero-mogrified, and came out the other end of the mogrification machine bearing the proud symbol of ©2017 MichaelKohlhaas.Org. Suck on that, Libs!! Also note that the words we proudly placed into Cap’n Tom Kneafsey’s slavering bourgeois maw were shamelessly ripped out of Zack Jackson’s mouth via Urban Dictionary. Thanks, Zack!!!