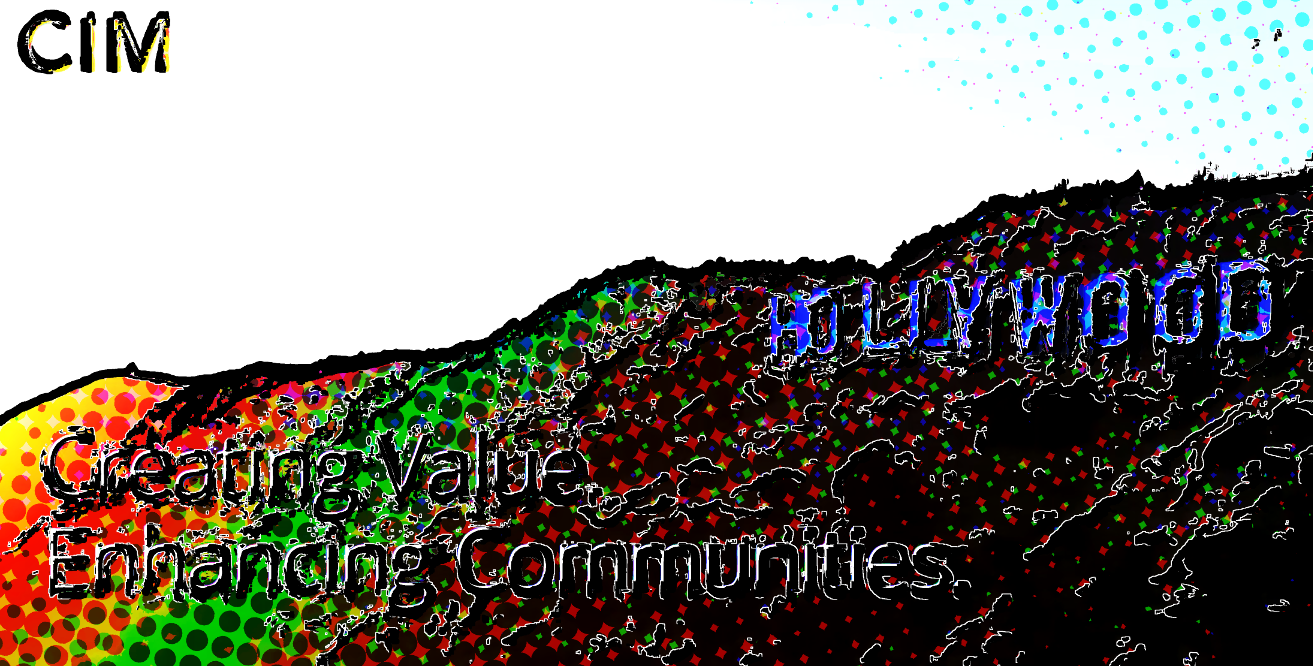 This is just a short post to update you on newly obtained information about the impending West Adams Business Improvement District. For a decent recap of the situation read my last post on the subject over here. The BID consultant is Marco Li Mandri of New City America, but according to some emails that I obtained this evening, Donald Duckworth was also talking to Catherine Randall of CIM Group, who seems to be heading up the BID establishment project in support of her employer’s growing investment in West Adams real estate.

Duckworth, of course, is famous in these parts for the surreal level of cruelty and slapstick incompetence with he manages to imbue the ordinary everyday BID facism to which every BIDologist is accustomed. They’re against street vending, he forces local business owners to denounce themselves for supporting street vending. They obstruct my access to their documents in violation of the California Public Records Act. His violations are so flagrant that I had to sue him twice on the same day. They illegally lobby City officials. He…well, he also illegally lobbies City officials. They’re a bunch of white supremacists. He lives in Arcadia, California, a city with a population of 57,000 which includes fewer than 700 African-Americans.

He’s quite a piece of work, is our Mr. Duckworth, and the thought of him having anything whatsoever to do with West Adams, even the thought of him walking the very streets, let alone being involved with such a powerfully satanic tool of cultural mutation as a West Adams BID will be, is nauseating indeed. Even the very emails that are the nominal subject of this post, well, I mean, they pale in comparison, but they’re pretty pale to begin with other than the revelation about El Duckie.1 You can read transcriptions after the break.
END_OF_DOCUMENT_TOKEN_TO_BE_REPLACED 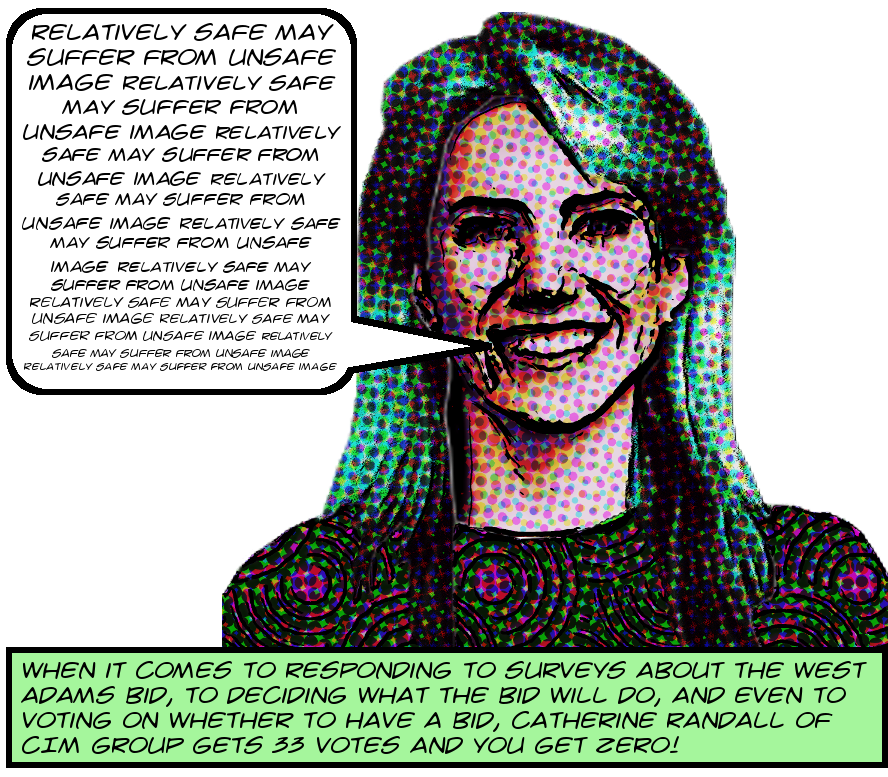 It was just revealed a few weeks ago that New City America, a BID consultancy helmed by noted legal scholar1 and raging psychopath Marco Li Mandri, has been planning a business improvement district for West Adams in concert with co-conspirators CIM Group. And yesterday I finally managed to lay my hands on a little more specific information. This all comes from this 11 page packet, handed out at the most recent meeting of the proposed BID’s steering committee. 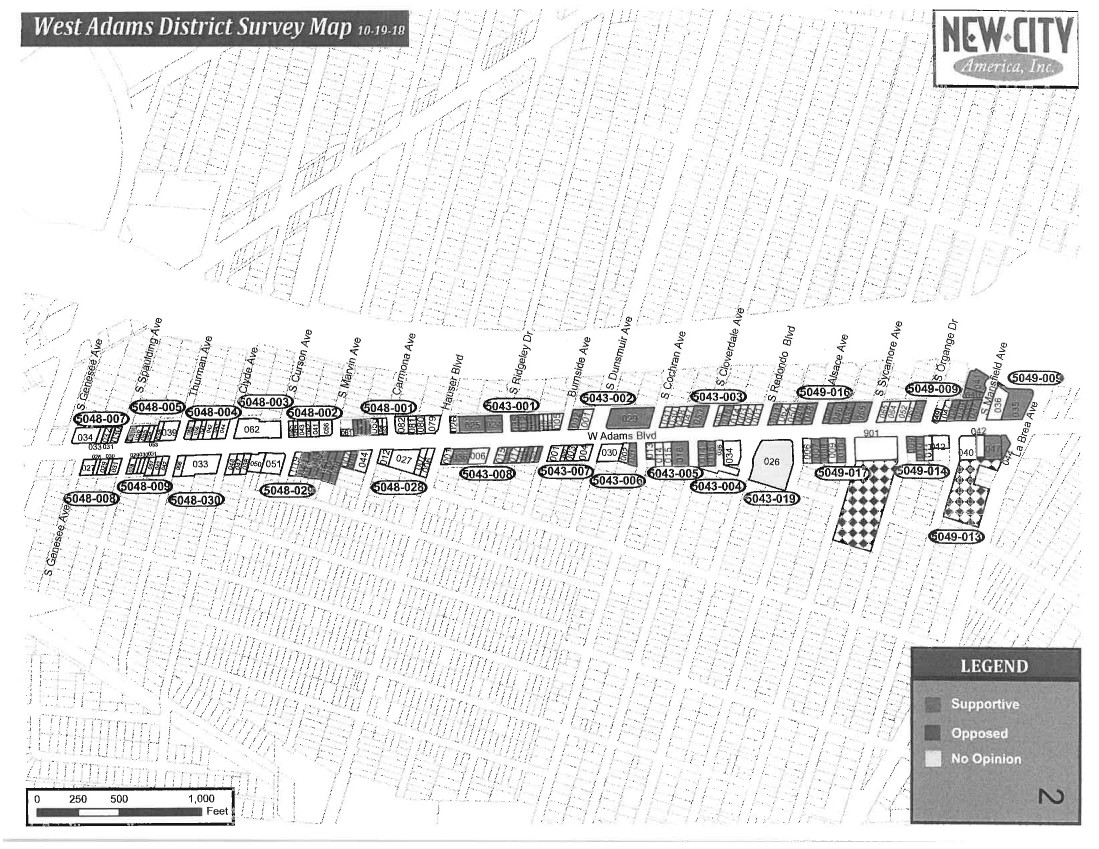 Of the most immediate import is this map of the proposed district. For the first time we know that, at least at the end of October 2018 it was planned to run along West Adams from La Brea to Genesee. There’s also this summary showing that, again as of October 2018, the property owners were polling at 39% in favor of BID establishment. Don’t forget, though, that per the Property and Business Improvement District Act at §36621(a) they’re not counting individual property owners, but weighting them by assessments to be paid.2 This document is also essential because it exposes a long list of hitherto unknown LLCs that CIM uses to own its various properties.

If that sounds high, well, it’s not surprising. See this list of parcels in the proposed BID sorted by whether the owners are in favor or not. See that Catherine Randall, who is VP in charge of some damn crapola at CIM group, is the designated representative for a full 33 parcels. Sadly, without more information than I’ve been able to gather, I’m not able to determine what percent of the voting power this will give CIM group. But it’s going to be high. They’re the largest single owner in the proposed district.3 The only thing we can be sure of is that they hold less than 39% of the total square footage.

And the last important bit of documentation to be found here is this copy of a questionnaire that Marco Li Mandri sent out to the property owners. This one has a tally of the responses to the various questions, which is also interesting. The City of LA requires this kind of polling before they’ll get behind a BID establishment process, but you can see from this instance that there is no kind of quality control at all. Just for freaking instance, the very first question asks “In terms of security and public safety, do you feel that West Adams District is…? (a) safe and orderly (b) Relatively safe, may suffer from unsafe image (c) Unsafe

This, friends, is a highly problematic question. Most of the the things that are wrong with business improvement districts are somehow reflected in this question. It is … well, turn the page for some discussion…
END_OF_DOCUMENT_TOKEN_TO_BE_REPLACED