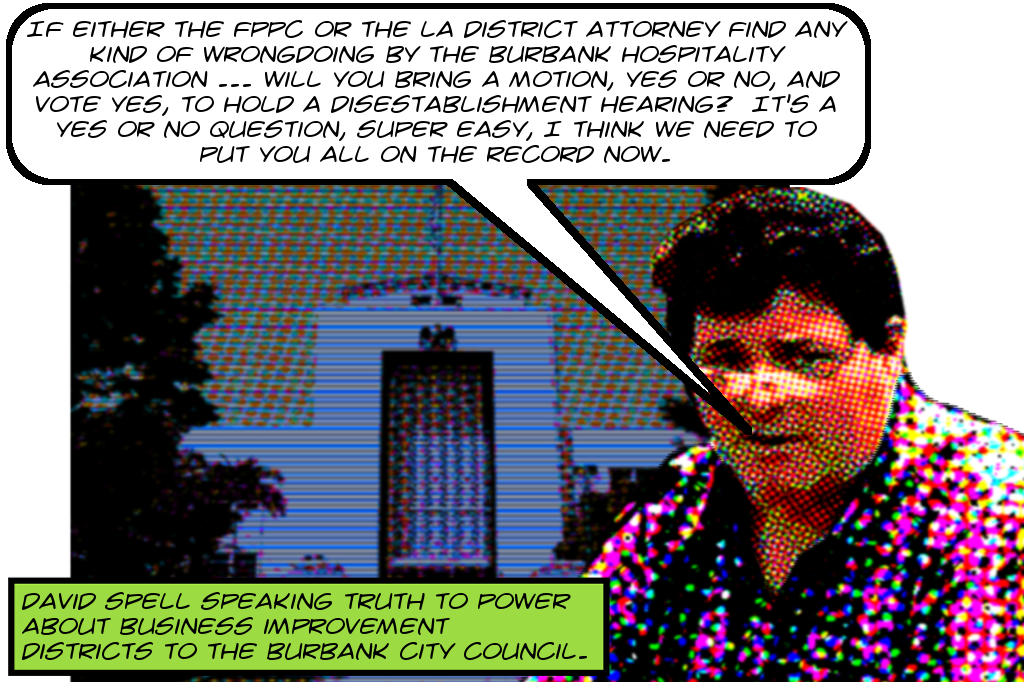 If this money does turn out to be public, a lot of really interesting consequences would ensue, which is another part of what makes this episode so important. As always when BIDs and the law intersect, the details are unavoidably technical, which is no doubt why the L.A. Times skips over them and also why I’m hiding them below the fold!
END_OF_DOCUMENT_TOKEN_TO_BE_REPLACED 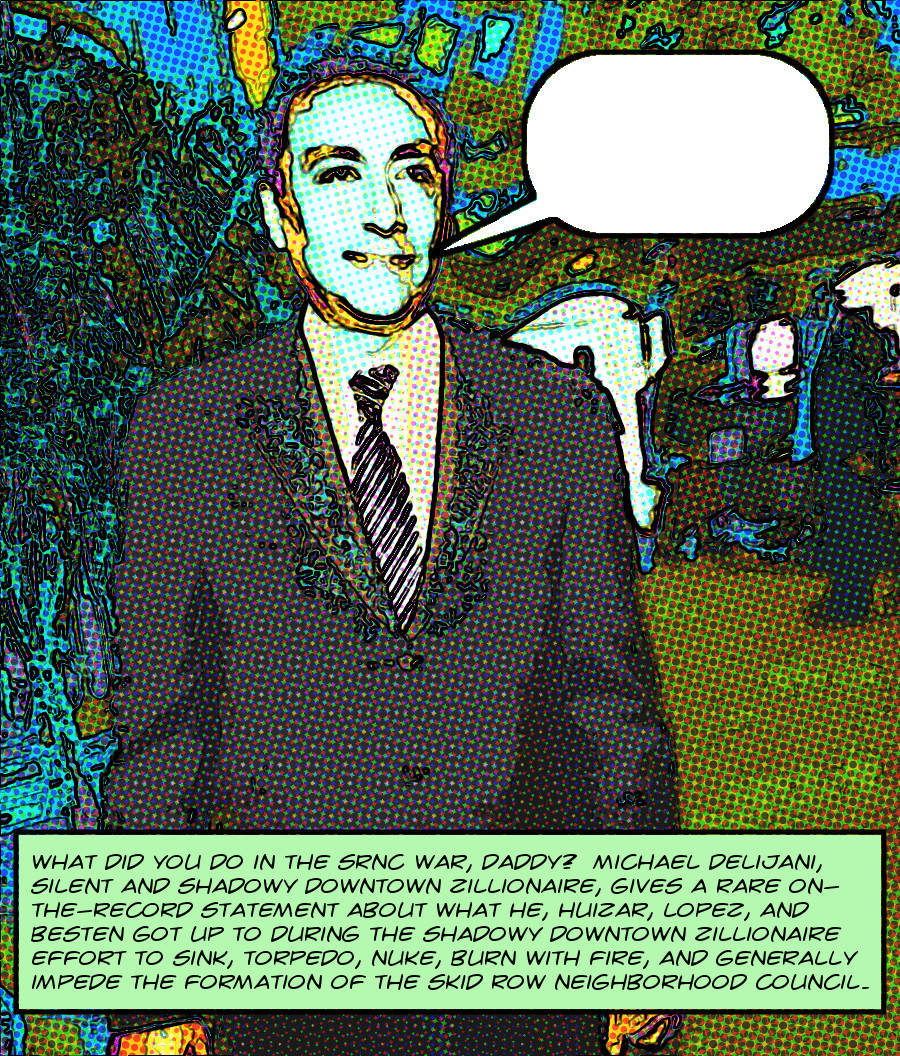 It not only seems like just yesterday, but it was in fact just yesterday that I wrote about a meeting in January 2017 wherein Estela Lopez of the freaking Central City East Association, Blair Besten of the freaking Historic Core BID, and furtive hereditary imperialist zillionaire Michael Delijani all got together in a pile like puppies with ironically-styled-heartthrob Councilboy José Huizar of the good old 14th. At that time, I had no idea what the subject of the confabulation was, although I insinuated just a little teensy bit that it might have had something to do with the creepy-slash-shadowy-slash-illegal zillionaire total war against the formation of the Skid Row Neighborhood Council.

Well, this morning bright and early I hopped the good old 704 eastbound to the good old Red Line to good old Pershing Square Station and beat it on up to the HCBID where I was allowed, under the too-close-for-civility observation of a bunch of weirdo BIDdies and one DLANCkie old yank in his clanky old tank,1 to sit in the freaking dark on a freaking bench2 and look at a freaking bunch of emails. You’ll be hearing much, much more about this surreal episode in both the near and the distant futures,3 and the purpose of tonight’s episode is just to get before you one of the essential pieces of evidence that turned up in the partial yield.

It seems, in fact, as I thought yesterday but did not yet have the evidence to state explicitly, that the subject of the January 2017 meeting between Delijani, Besten, Lopez, and Huizar was in fact the formation of the Skid Row Neighborhood Council. And given the positions taken by all the principals over the course of the next few months leading up to April’s disastrous election, you know it wasn’t a conversation in which the interests of the actual residents of Skid Row were treated with any respect at all. It’s not presently possible to say in detail what was discussed, but you can turn the page for an exhaustive look at the proof that it was all about Skid Row.
END_OF_DOCUMENT_TOKEN_TO_BE_REPLACED