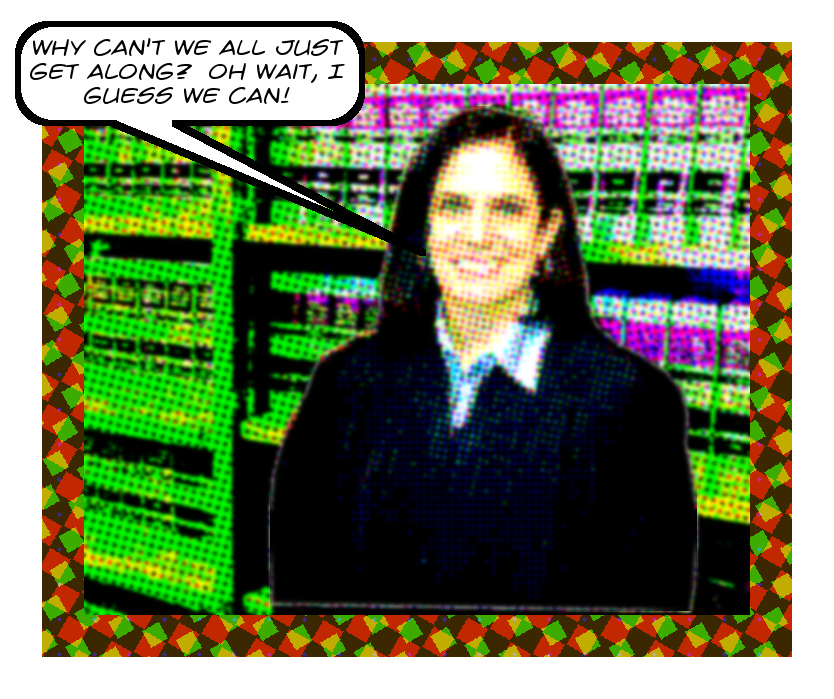 The monumental lawsuit against the City of Los Angeles and the Fashion District BID for their abominable treatment of street vendors was set for trial in January. However, papers filed with the court yesterday announce that the plaintiffs have reached a settlement with the City and as soon as it’s approved, a process which can take many months for it to work its way through Committees and Council, they will drop the case against both the City and the BID. Hence they asked Judge Beverly Reid O’Connell to put the calendar on hold until the settlement is approved.

Today Virginia Phillips, Chief Judge of the local federal district, issued an order vacating the schedule in anticipation of this settlement. You can read the joint notice of pending settlement that inspired the order, and, as always, there’s a transcript of both documents after the break.
END_OF_DOCUMENT_TOKEN_TO_BE_REPLACED

A number of new documents have been filed in the National Lawyers’ Guild’s suit against the City of Los Angeles and the Fashion District business improvement district for their disgraceful treatment of street vendors. Here’s a list, followed by my usual uninformed commentary:

END_OF_DOCUMENT_TOKEN_TO_BE_REPLACED

Judge Beverly Reid O’Connell filed an order today in Santiago et al. v. Fashion District BID et al. setting a settlement conference to convene on Wednesday, June 22 in front of magistrate judge Charles Eick. These things are surely top secret, so there’s nothing to report or to attend, but I thought I’d drop the filing on you. It suggests that nothing much is going to happen in this case for a few weeks, anyway.

This is an announcement of the merest of non-news. Yesterday the parties to the Aureliano Santiago et al. v. City of L.A. et al. met before federal magistrate judge Charles F. Eick to discuss a settlement of the case. In the terse description of the minutes:

Case called. Counsel make their appearances. The Court hears discussion. Parties retire to chambers to proceed with the settlement conference.

Settlement is not reached.

This is not a big deal, but I just thought I’d mention it. On Tuesday all the parties to the street vending lawsuit filed a stipulation asking Judge O’Connell to extend the deadline for the defendants to answer the initial complaint until February 25, 2016. Today the judge filed an order granting that request. The reason for the delay is the settlement conference scheduled for February 11, 2016. You read it here first, friends!

Image of Judge O’Connell in Burbank seems to me to be a public record in California since I got it from the website of the California Judiciary.

Mere minutes ago, Judge Beverly Reid O’Connell filed an order in the street-vending lawsuit Aureliano Santiago et al. v. City of L.A. and Fashion District BID setting a mandatory settlement conference for February 11, 2016. The order looks like pure boilerplate and of course settlement conferences are super-top-secret, so there’s nothing to attend and probably will be nothing to report. But I had to get the document to learn that, so I thought I’d toss it up here for you.
END_OF_DOCUMENT_TOKEN_TO_BE_REPLACED