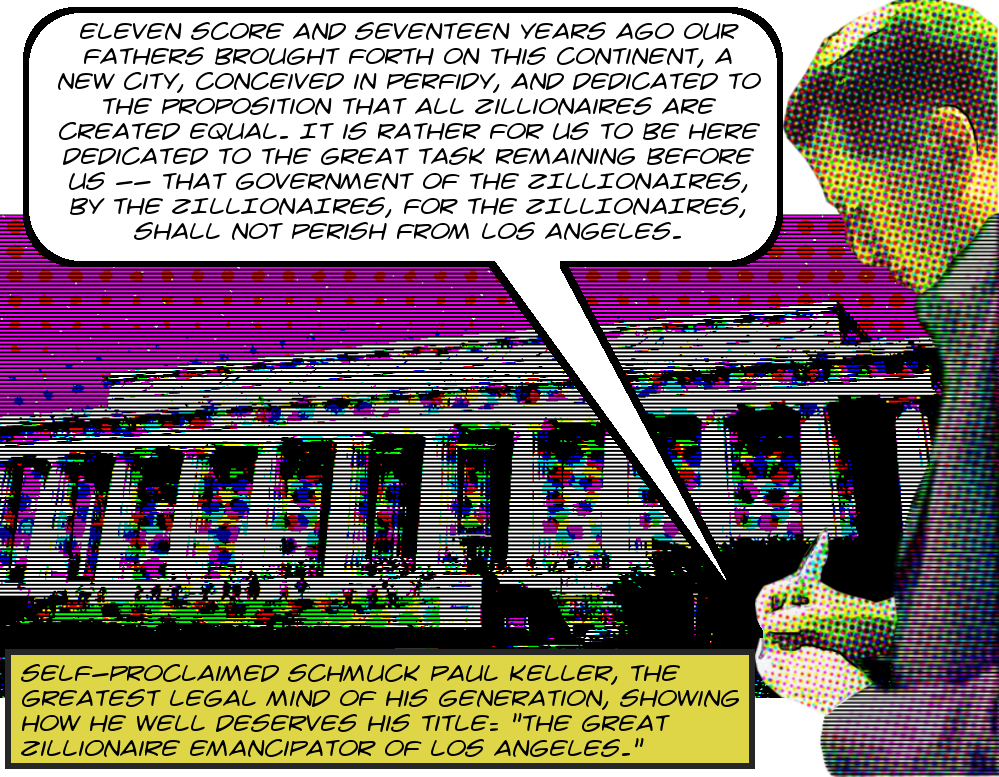 As you know well if you follow this blog, the South Park BID is severely challenged when it comes to Brown Act compliance. First, in February, they had deficient agenda descriptions, although they fixed that in response to my advice. Then last week they had a deficient teleconferencing option, which again they fixed in response to my advice. However, yesterday’s board meeting was held in a building where signing in as a condition of entry was mandatory. This is a clear violation of the Brown Act at §54953.3, which states unequivocally that:

Based on a previous visit to the building I suspected that they might require visitors to sign in, so I recorded the whole scene. I also determined to offer them a chance to avoid the violation by discussing it with the BIDdies if signing in was in fact required, which it was. The security guard didn’t have the BID’s phone number, so that was out.1

Anyway, while I was talking about it with the guard, South Park BID board member and self-proclaimed schmuck Paul Keller, the finest legal mind of his generation, came in and yelled at me for pressing the issue. His theory is that the law wasn’t violated because a signature was required to enter the building rather than the BID meeting. Maybe he wasn’t aware that his executive director, Ellen Salome Riotto,2 relies implicitly on my legal advice, with respect to the Brown Act anyway.

Far be it from me to say why he thinks this, him being the finest legal mind and all. Perhaps he’s basing it on the popular zillionaire legal maxim that any law that inconveniences even a single zillionaire must be unconstitutional. This is true, of course, at least

of the time, but not this particular time. On the other hand his rant suggests that the sign-in requirement wasn’t just another oversight, but actually constitutes BID policy.

Whatever was going on, I feel like they’ve had enough chances to mend their ways and have shown no interest in doing so. Hence I filed a complaint against them with the Public Integrity Division of the Los Angeles County District Attorney. Turn the page for a transcription, and stay tuned for details!

I am writing to report a violation of the Brown Act by the South Park Stakeholders Group (“SPSG”). SPSG administers the South Park Business Improvement District (“SPBID”) under contract to the City of Los Angeles. The SPSG is an owners’ association under the terms of California Streets and Highways Code §36612, by virtue of which it is subject to the Brown Act “. . . at all times when matters within the subject matter of the district are heard, discussed, or deliberated.”

On April 26, 2018 The SPSG held a meeting of its board of directors at its office at 1100 S. Flower Street Suite 3400 in Los Angeles. When I attempted to enter the building to attend the board meeting I was informed by a security guard that visitors are required to sign in before they’re allowed to enter any of the suites, even if they’re entering to attend a meeting that must be compliant with Brown Act requirements. I asked him to call up to the SPSG office to confirm that this was true but he said that he didn’t have their phone number.

While I was discussing this with the security guard, Paul Keller, who is a member of the SPSG board, told me that he was aware of the building policy and that it was not a violation of the Brown Act to require visitors to sign in prior to attending a meeting if it was the building management requiring them to sign in rather than the SPSG. Thus at least one member of the SPSG board is aware of this policy and approves it.

The ability to attend public meetings without being required to register one’s name is a fundamental right of the people of California. I therefore request that you investigate this incident and, if you so find, warn the SPSG that their actions violate California law.

Thank you for your attention to this important matter,