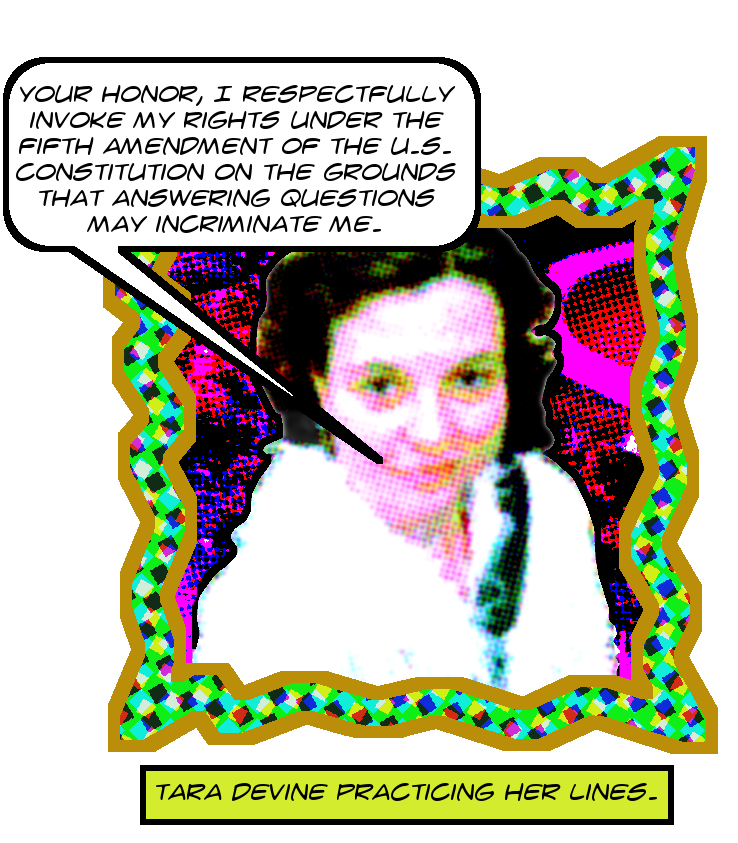 So you may recall that I’ve been working on establishing the fact that BID consulting constitutes lobbying as defined in the Municipal Lobbying Ordinance. I kicked off this project in February with shadowy BID consultant Tara Devine, whom I reported to the Ethics Commission for working as a lobbyist but failing to register as a lobbyist. Meanwhile, if you have no idea what I’m talking about, here is a reasonable introduction to the concepts of both BID consultancy and why it’s almost certainly the kind of thing for which registration with the Ethics Commission is required.

My theory gained some credibility with the discovery that some BID consultants in Los Angeles do register as lobbyists. Since February I’ve been collecting evidence against Ed Henning for his work with the San Pedro BID and also against Urban Place Consulting for their work on Fashion District BID renewal and also Media District BID renewal.

And, of course, against Tara Devine for her ongoing work with the South Park BID. Finally, a few weeks ago I completed a generic argument1 that BID consultancy constitutes lobbying. And this morning I’m pleased to announce that, despite the twisted CPRA-defying machinations of South Park BID director of operations2 Katie Kiefer and her less-than-competent lawyers,3 I have submitted yet another complaint to the Ethics Commission against Tara Devine, this time for her BID consulting for South Park. You can read the whole complaint here.

And turn the page for a technical discussion of an interesting issue which came up while I was putting this complaint together. Note that I discussed this same issue the other day, so if you read that post, you might want to just skip the rest of this one.

The basis for this complaint has two parts. First there’s the definition of a lobbyist, found in LAMC §48.02:

“Lobbyist” (Amended by Ord. No. 178,064, Eff. 1/15/07.)4 means any individual who is compensated to spend 30 or more hours in any consecutive three-month period engaged in lobbying activities which include at least one direct communication with a City official or employee, conducted either personally or through agents, for the purpose of attempting to influence municipal legislation on behalf of any person.

And then there’s the registration requirement, found in LAMC §48.07(A):

So the registration requirement is triggered when two things happen:5

This can be quite difficult to prove. For instance, in October 2016, Tara Devine billed the South Park BID for 80 hours of consulting spread out over the six months between March and August 2016. Here’s the actual invoice. First we need to argue that it’s not possible to spend 80 hours over six months without spending 30 hours over some three consecutive months. The argument goes like this: if she worked 30 or more hours during the first three months then the proposition is true. If not, that is, if she worked 29 or fewer hours in the first three months then she must have worked 51=80-29 or more hours in the second three months.

That’s actually a definitive proof that Tara Devine was compensated for 30 hours of lobbying activity during some three consecutive months. But there’s a big problem with the requirement that the three months include at least one contact with a City official.6 The invoice itself describes a bunch of contacts. One of the explicit activities she bills for is “Ongoing communication with various City Clerk staff.” But imagine this scenario:

Amazingly, in this case, she would not be required to register as a lobbyist. This seems not at all likely, and it does turn out not to matter for this particular complaint. Most of the other invoices are for periods of time much shorter than three months, which eliminates the possibility of anomalies like this one.

So that’s the latest episode in the ongoing saga of BID consultancy and lobbying in the City of Los Angeles. Of course, the Ethics Commission takes forever to investigate complaints, as well they should given the gravity of the matter, so no one’s expecting to hear anything about this in less than a year or two. But if anything does happen, you’ll certainly read about it here!

Image of Tara Devine is ©2017 MichaelKohlhaas.Org. It’s a highly mogrified version of this image here.