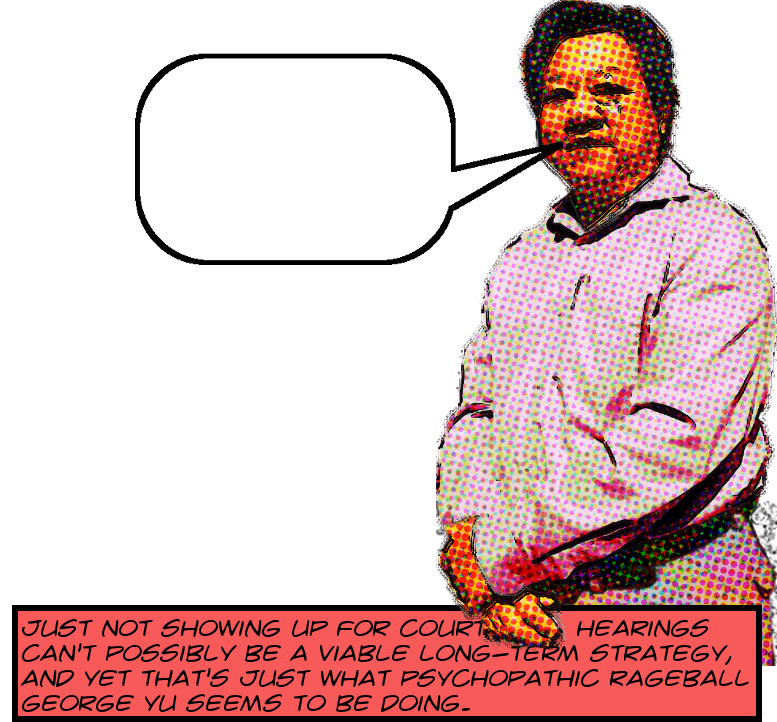 Well, yesterday was the trial setting conference, way up north in the Stanley Mosk courthouse, in good old Department 86.1 And the Chinatown BID didn’t change up its strategy at all. No one showed up. Neither George Yu nor minion nor henchie nor lawyer nor counselor nor advocate nor consigliere. Just nobody. And did the judge do anything to them? Punish them in any way for their continued failure to respond? Nope. He continued the hearing until December 26. If they don’t get in trouble, how are they ever gonna learn? I guess we’ll find out.2 END_OF_DOCUMENT_TOKEN_TO_BE_REPLACED 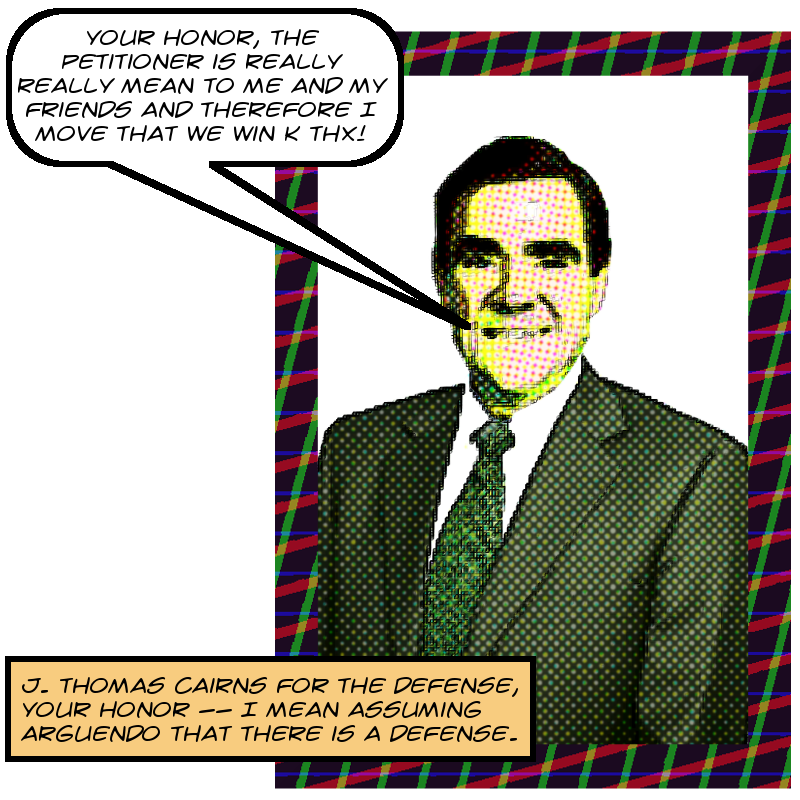 It was the incomparable Abenicio Cisneros appearing for me and for the BID it was some dude who goes about the place passing himself off as J. Thomas Cairns, although I don’t know anyone who’s seen his ID. You may already know, but these conferences tend to be fairly routine, although sometimes something interesting happens, and a couple things happened here.
END_OF_DOCUMENT_TOKEN_TO_BE_REPLACED