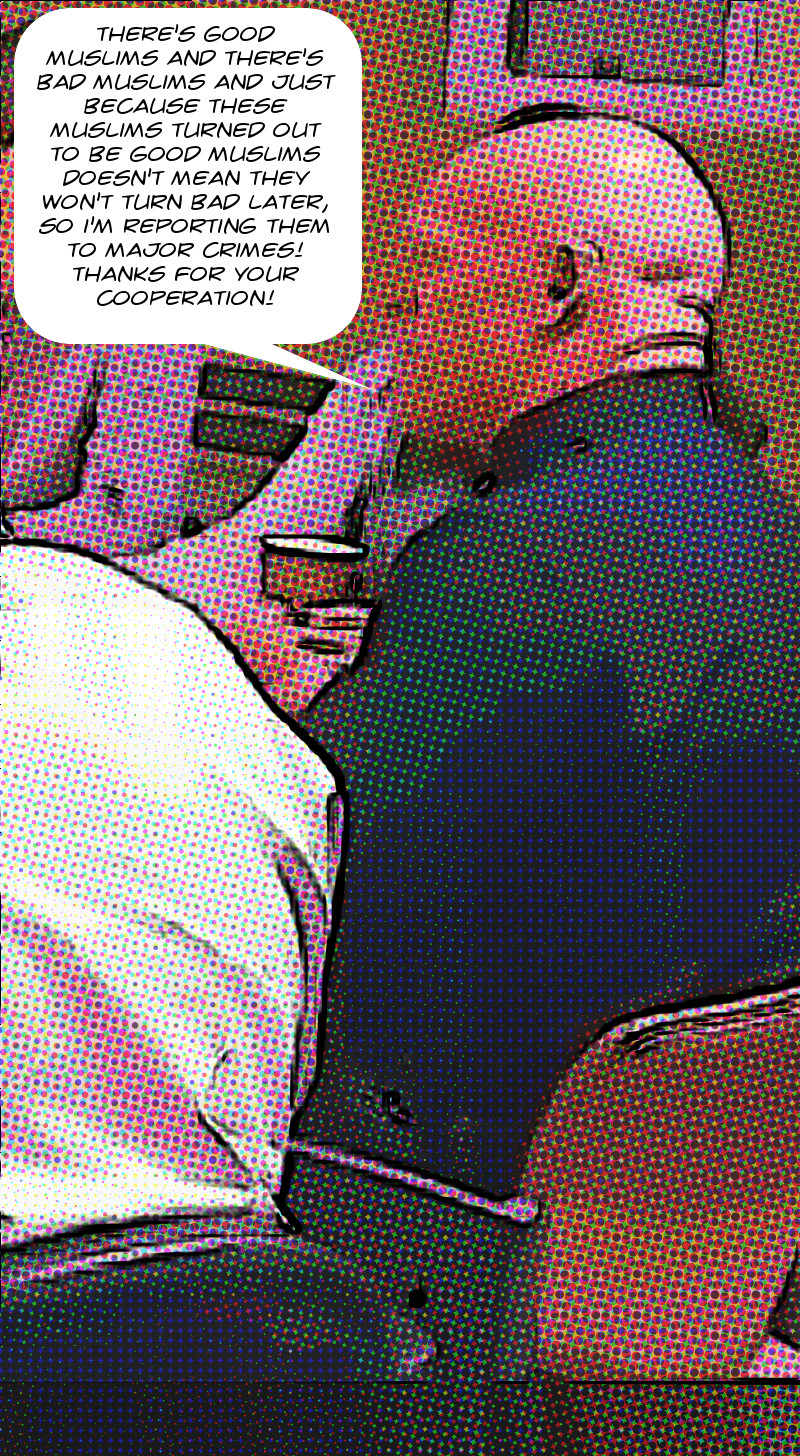 On the one hand, it’s absolutely ludicrous and surreally kooky that a few Muslims passing out literature on Hollywood Boulevard can lead the LAPD and a bunch of private security to generate dozens of emails at the highest levels, follow the Muslims around videotaping them and writing down their license plates, combing through their pamphlets, and so on. On the other hand, it’s absolutely chilling. That seems to be the world we’re living in, I guess. Surreally ludicrous, surreally chilling. As always, find details and documentation after the break.
END_OF_DOCUMENT_TOKEN_TO_BE_REPLACED

As we previously discussed, the Hollywood Media District BID recently expanded the size of its board of directors in order to include Joseph Varet, who told the assembled worthies that he wanted to be on the board “to contribute my own non-profit/for-profit board experience to just contribute towards further…uh…developing the district in a positive and sustainable way.” We don’t know about you, but, to paraphrase Hanns Johst, “Wenn ich überzeugt und nachhaltige höre … entsichere ich meinen Browning!”1

Joseph didn’t go into details about his “own non-profit/for-profit board experience” but, as you may have guessed, have we got some details for you!
END_OF_DOCUMENT_TOKEN_TO_BE_REPLACED