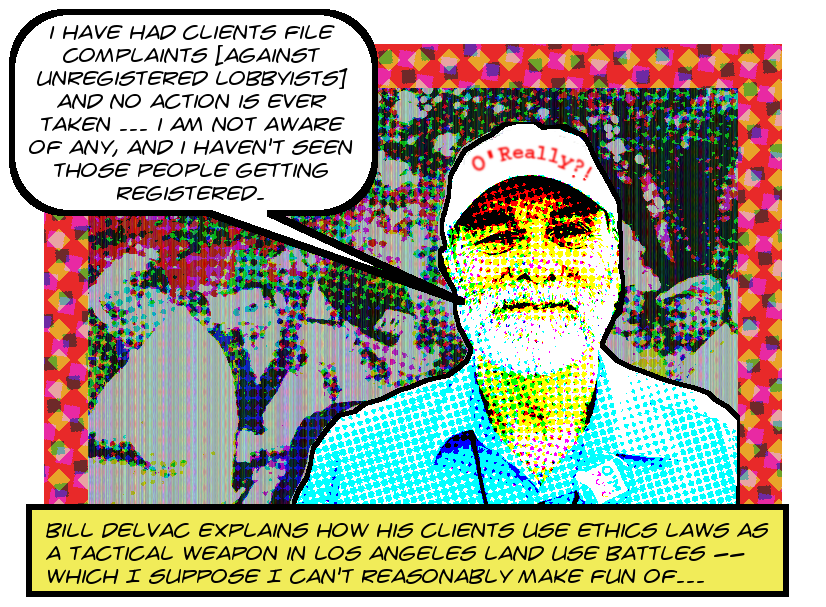 And turn the page for some comments on the more technical parts of what Bill Delvac had to say, including the only colorable argument I’ve ever heard against a compensation-based definition as the main criterion for registration as a lobbyist.6 There is also, as usual, a transcription of all relevant remarks.
END_OF_DOCUMENT_TOKEN_TO_BE_REPLACED