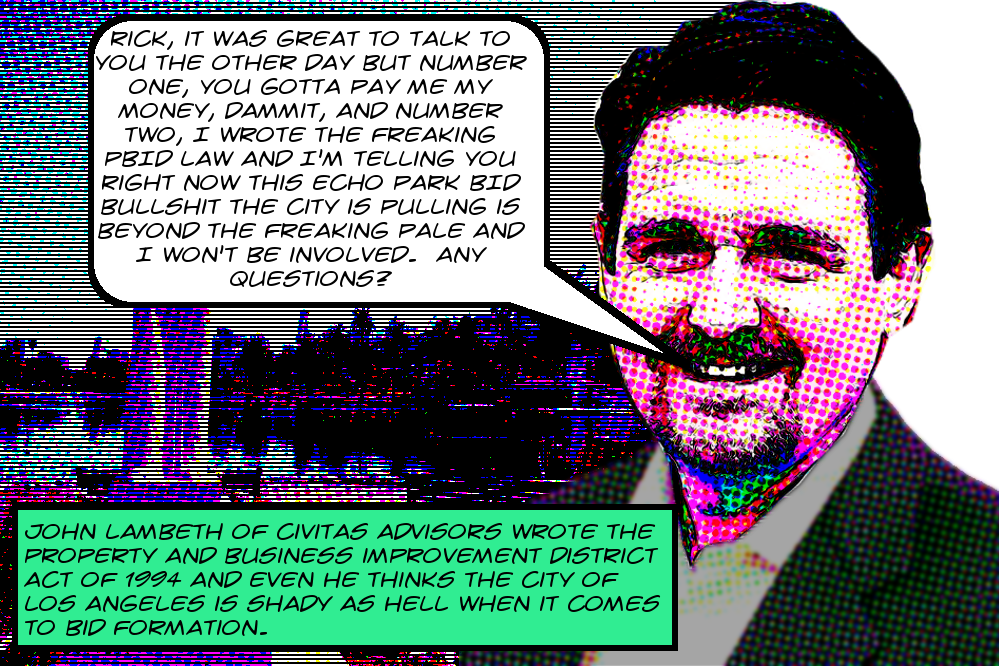 Good God, could the neverending saga of the inchoate Echo Park BID get even weirder? Since you ask, the answer, of course, is obviously yes. You may recall that very recently Councilbaby Mitch O’Farrell moved that the City give BID consultants Civitas Advisors another heaping beaucoup de bigly bucks to let them continue working on the extraordinarily multiyear process of creating the Echo Park BID.

The City memorialized this effort in Council File 10-0154-S1, created on February 27, 2018 to contain the above-mentioned motion. On April 13, 2018 the full council adopted the motion which, for reasons I won’t even think about pretending to understand, doesn’t seem to require Mayoral concurrence to take effect. So they got the money, they got the BID consultant, what’s the damn problem?

Well, this newly obtained April 17, 2018 email from head Civitas Honcho John Lambeth to Los Angeles City Clerk Holly Wolcott about the progress of the also-pending Route 66 BID1 sheds some light on problems with the BID formation process in Echo Park.2 As always, there’s a transcription and commentary after the break.3 END_OF_DOCUMENT_TOKEN_TO_BE_REPLACED 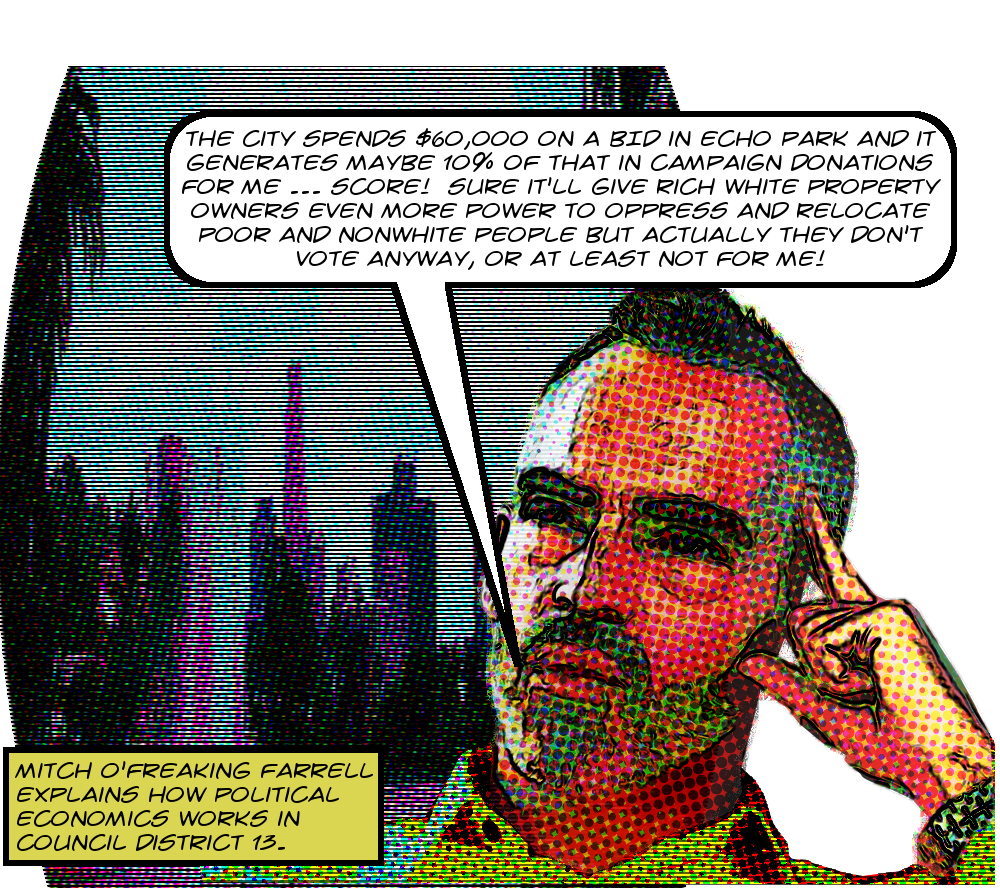 It’s been almost two years now since our esteemed City Council breathed new life into the inchoate Echo Park BID in May 2016 in response to a letter from the Echo Park Chamber of Commerce, who is apparently the BID proponent group for this mishegas. Well, that infusion of cash into its zombie veins apparently wasn’t enough to send it lurching off into what passes for the civic life of this fair but wounded City of ours.

Thus, evidently, CD13 rep Mitch O’Freaking Farrell found it necessary a few weeks ago to move in Council that the BID formation contract with Civitas Advisors, who’s acting as the BID consultant,1 be extended.2 Yesterday, the Economic Development Committee approved3 Mitchie’s motion and sent a report to the full Council for their sadly inevitable approval.

The original Echo Park BID formation materials are collected in CF 10-0154 and for all this contract extension voodoo they started a supplemental, which is at CF 10-0154-S1. Turn the page for a transcription of O’Farrell’s motion from February 27 as well as of an interesting selection from the Committee’s report which sheds some light on where things stand.