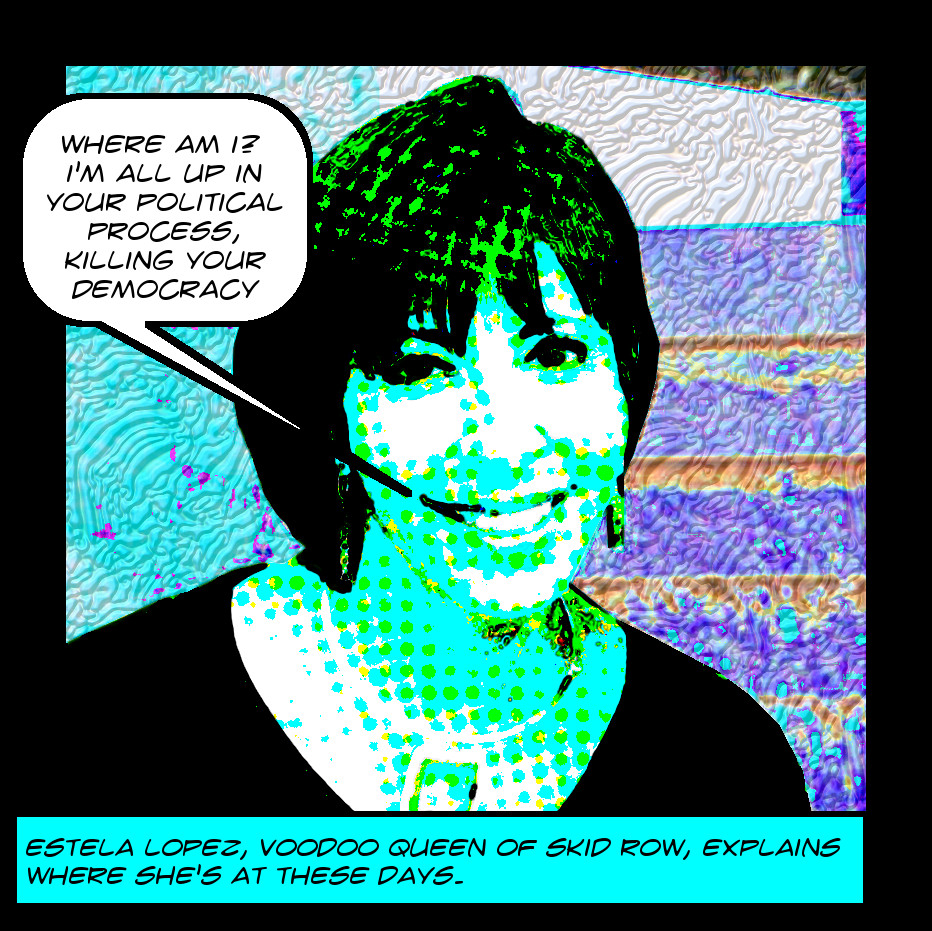 About ten days ago I wrote about a March 20, 2017 conference call between Rena Leddy, Estela Lopez, and potentially illegal lobbyist and former City Attorney Rockard Delgadillo, the point of which was to discuss how they were going to destroy the Skid Row Neighborhood Council. At that time the only evidence I had about the meeting was an entry from Rena Leddy’s calendar, which she’d printed out and redacted with a black marker. This, of course, destroys what’s often the most interesting aspect of an electronic record, which is to say the metadata.

Now, the California Public Records Act has an exceedingly useful requirement with respect to electronic records. It’s found at §6253.9(a)(1), which states:

Modern calendar applications almost universally use the ICS file format for their entries. So on June 28 I sent Rena Leddy an email asking her for the raw ICS file. She sent it to me yesterday, and now I’m making it available to you either as files or, as always, there’s a transcription after the break:

There are two crucial pieces of information revealed by the metadata. First of all, Estela Lopez created the event. That is, she organized the call with Rockard Delgadillo and subsequently invited Rena Leddy to join. At a minimum this fact will be useful in framing future CPRA requests.

Second, the event was created on March 18, 2017 at noon PST.1 Previously we’d only been able to pin down the beginning of Rockard Delgadillo’s involvement in anti-SRNC lobbying to 11 a.m. on March 20. This is a 47 hour improvement in the timeline I’m constructing. Turn the page for analysis and a transcription of the ICS file.

First of all, the fact that this event was organized by Estela Lopez is pretty easy to ascertain. Consider the following field, found either in the file itself or in the transcription below:

Unlike most things to do with computers, that’s self-explanatory. This suggests that Estela Lopez was playing an active role in the SRNC opposition at this point. This isn’t altogether unsurprising given that she was actively lobbying against it as early as January. However, I think this is the first piece of evidence suggesting that she was so directly involved in that wing of the opposition related to Liner LLP and Rockard Delgadillo.

Next, and maybe more interesting, is the fact that the metadata allows us to determine not only when the meeting took place, but also when it was actually scheduled. That is, when the event itself was created by Estela Lopez.

In any given ICS file there are tons of things that look like dates. In order to interpret the various fields in the ICS file and, in particular, figure out which of the many date-like strings reveal the moment of creation, I turned to the official description of the iCalendar standard, found in RFC 5545.2 The crucial information is found in section 3.8.7.2, which states in part:3
3.8.7.2. Date-Time Stamp

Look at the file (or the transcription below. The DTSTAMP field reads:

This is an example of an international standard for date and time representation. The first four digits are the year, the next two the month, and the next two are the day. Thus the conference call was scheduled on March 18, 2017. The “T” turns out to be a divider between the date and the time. This is specified in the standard. Thus the time of creation would seem to be 20:00:59, or approximately 8 p.m.

However, the “Z” is important here. According to the standard it specifies that the date is given in Coordinated Universal Time rather than local clock time. March 18 is before the advent of daylight saving time, and according to the Wiki, in standard time Los Angeles is 8 hours earlier than universal time. Thus the PST equivalent of 20:00:59 is 12:00:59 PST, or slightly less than one minute after noon on March 18.

I know this may not seem like much information. Clearly I’m not writing my Pulitzer speech just yet because I discovered when a meeting was scheduled as opposed to when it was scheduled for. The ultimate goal, however, is to get these icky-poo zillionaires and their BIDdy-bye minions in as much trouble as possible given the horrific and merciless way in which they attacked the Skid Row Neighborhood Council formation effort. As I have often said, every piece of the puzzle is important, or maybe more accurately, it’s impossible to tell in advance which pieces are important, so the only possible course of conduct is to collect all of them.

Image of Estela Lopez came from here and ended up where you see it today, bearing the proud brand: ©2017 MichaelKohlhaas.Org.