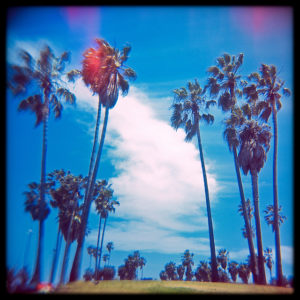 Because it will be approved. We know that. But we also know that Mike Bonin might be susceptible to political pressure. He even thought about moving the hearing date, presumably in response to political pressure and cogent criticism. Maybe the same tactics can help improve what’s presently looking like it’ll be yet another version of the worst that this City’s BIDs in Hollywood and Downtown have to offer. So here are some things which might be attainable politically and which might help mitigate some of the worst excesses to which BIDs are prone.

First of all, maybe you remember the recent tumult over the Arts District BID. If not, there’s a1 version of the story here. In short, some property owners got a judge to dissolve the BID, there was a big fuss about getting a new BID formed, and in order to settle the controversy, José Huizar stepped in and brokered a compromise involving the composition of the Board of Directors. As the L.A. Business Journal put it:

City Councilman José Huizar, whose district includes the neighborhood, on Tuesday announced that the Arts District Community Council Los Angeles has agreed to drop its application to create a BID and support an application sponsored by a group called Arts District Los Angeles. The ADLA, in turn, agreed to give Community Council representatives at least four seats on an expanded 23-member board. In addition, the area’s homeowners association will get three additional seats on the board.

If Huizar can negotiate seats on the Arts District BID Board, Mike Bonin can certainly change the composition of the Board of Directors of the Venice Beach BID if he wants to.2 The composition of the Board is a political matter which can be influenced by political tactics. The Arts District dissenters got four seats out of 23, not enough to change things, although by no means an empty victory. A vote, four votes, is not nothing in such a closed-off political entity. Another moral is that the homeowners association got seats on the Board. That is, Huizar got people who live in the BID a voice on the Board. This is also not trivial.

But one of the City’s newest BIDs, the Central Avenue Historic District BID, suggests an even more promising goal, one which would go a long way toward making something not so bad out of the presently horrifying prospect of the VBBID.

This BID commenced operations in January 2016. I don’t know much about it yet, but it has a unique quality that I have seen in no other BID that I’ve looked at.3 According to the BID’s “about” page:

The Central Avenue Historic Business Improvement Board of Directors currently consist of 12 members representing the following entity types as per the bylaws: 5 property owners, 3 non-profit organizations, 1 institutional representative, 2 businesses and 1 member of the original Business Improvement District Formation Steering Committee. There is 1 vacancy for a property owner representative.

I have not yet obtained a copy of the bylaws to verify the details of this, but look how interesting! First of all, actual property owners are not a majority, although they are a plurality. Second, fully 25% of the seats are alloted to non-profits. In practice there actually seems to be more than 25% non-profit representation, possibly because some non-profits also own property in the BID?4

So together, these facts about actual BIDs in L.A. suggest that Mike Bonin could influence the composition of the Board of the Venice Beach BID, and that he could do so in a way which would put community representation, both in the form of people who live in Venice and in the form of non-profit organizations that are active in Venice, on the Board of Directors. There is absolutely no reason that a BID in Los Angeles has to be run only by the owners of commercial property. Real-life examples of BIDs in this very City show that not only are there other viable models, but that the Councilmember in whose district the BIDs exist has a great deal of influence over whether those other models are used. It’s within Mike Bonin’s power to give human beings some say in the BID’s operations. Therefore it’s within our power as his constituents to pressure him into doing so.

Image of palm trees at the only beach that matters has been released by its creator, Jonas Seaman, under the CC BY-NC-ND 2.0 license and is available from his Flickr stream.