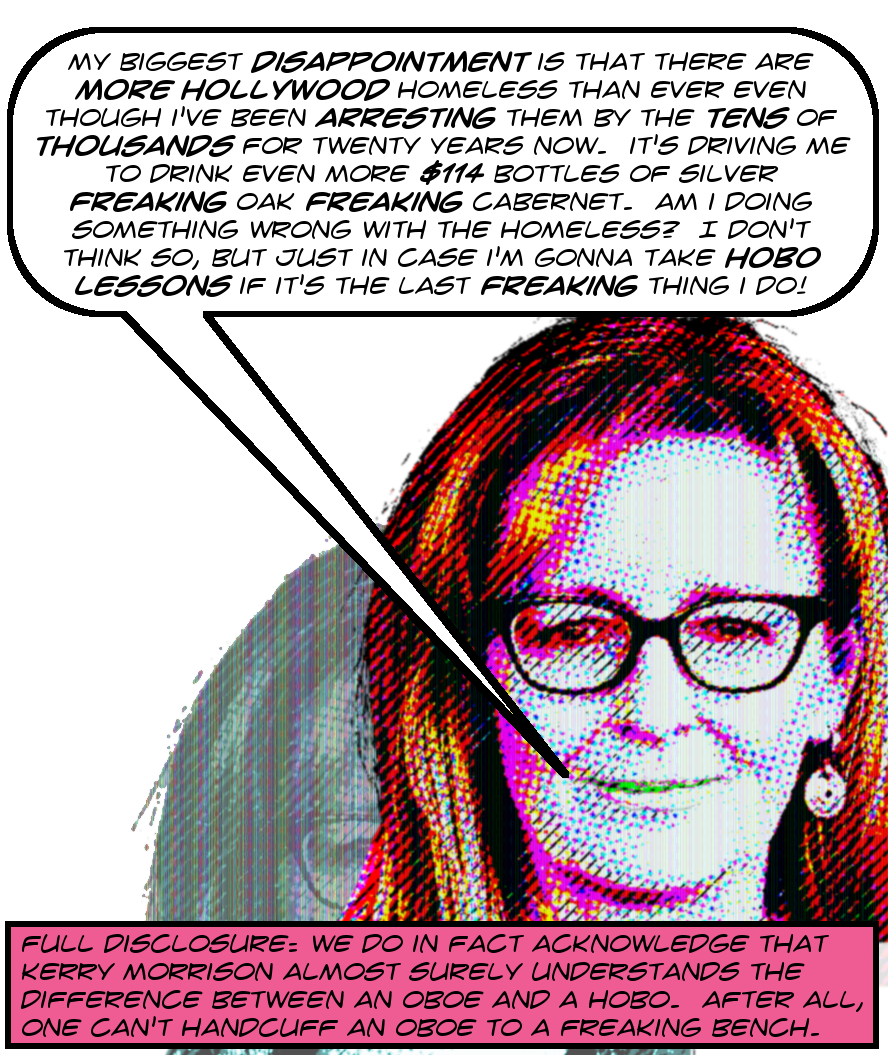 Also to be found after the break is some much deserved, much delayed, mockery of Ms. Kerry Morrison, who last summer, it seems, was named one of LA’s 500 most influential zillionaire lackeys by the Los Angeles Business Journal, paper of record for the zillionaire elite of Los Angeles, in what seems to be nothing much more than a ramified Who’s Who scam given that they’re selling copies for $100 each. You can read Ms. Kerry Morrison’s entry before turning the page to read what it means!3 END_OF_DOCUMENT_TOKEN_TO_BE_REPLACED