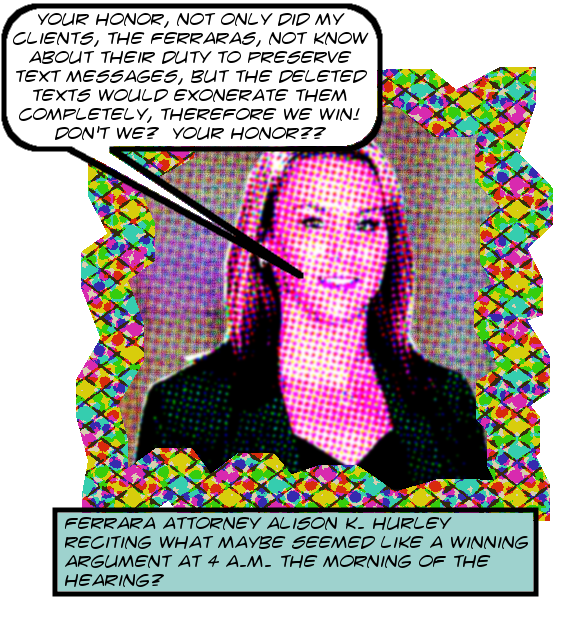 I apologize for having neglected the Lunada Bay Boys case lately, but I’ve just been so overwhelmed with the Skid Row Neighborhood Council matter that I haven’t had time for much else. There have, however, been a number of interesting developments in this matter as well.

First of all, recall that the cell phone of Bay Boys defendant Michael Papayans was in LAPD custody after his notorious arrest for beating up a man in the parking lot of Dodger Stadium. Once the LAPD gets its hands on evidence it seems that they don’t give it up so very easily, and thus, in July, the Honorable Rozella Oliver, magistrate judge in the case, ordered them to hand it over for analysis. Well, they evidently did so, and, on October 9, a bunch of text messages from the phone were filed with the court. You must read these texts! It seems to me that they pretty much prove the plaintiffs’ case. Here are some highlights:

And the other news is that the hearing on sanctions against defendants Charlie and Frank Ferrara and Sang Lee for discovery shenanigans took place on Thursday as scheduled. What a wild ride!
END_OF_DOCUMENT_TOKEN_TO_BE_REPLACED