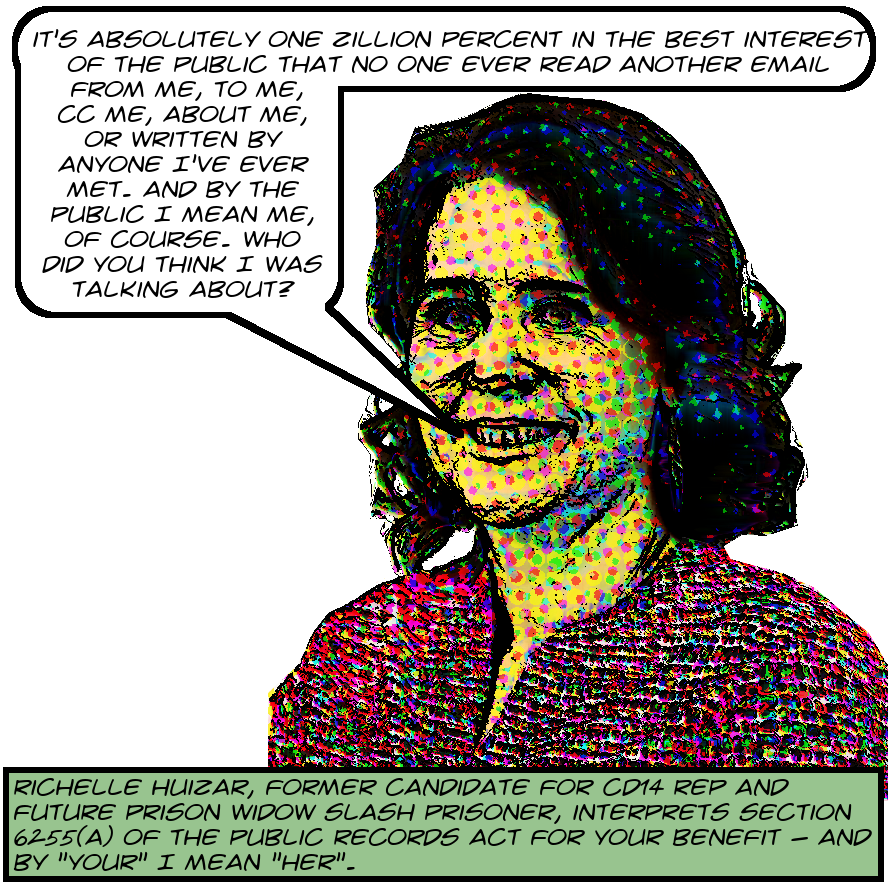 Maybe you recall that about two weeks ago I was forced by the weirdly intransigent refusal of CD14 rep Jose Huizar’s staff to comply with even the most minimal requirements of the California Public Records Act into filing a petition in Los Angeles County Superior Court pleading with a judge to hang these blockheads by their toes in Grand Park until they freaking handed over the goods.

And because egregious, shameless, absolutely appalling noncompliance is a pattern and practice of these jokers over at CD14 well, today I was forced for the same reasons but a different request, to file yet another writ petition. You can get a copy here, written by the dogged and able Doug Ecks, who’s also handling my previous petition against Huizar’s office and who successfully handled a similar matter against Gil Cedillo earlier this summer.

Here I was seeking about three years of emails between Richelle Huizar and CD14 staff including Jose Huizar. Richelle Huizar was long seen as Jose Huizar’s anointed heir to the CD14 dynasty, but in the wake of his fairly super-sized legal problems she made the probably wise decision to withdraw from the race. And she wasn’t likely to be mere bycatch, either. Her position as a fundraiser for JH’s former high school was at the very center of the scandal.

So given her years-long embroilment in the ongoings at City Hall, and given the fact that everyone does everything by email these days, I thought it would be illuminating to take a look at these records. But alas, it was not to be. Jose Huizar staffer Isaiah Calvin eventually handed over a pathetic 51 pages of material, insanely redacted, obviously exceedingly, ludicrously incomplete.
END_OF_DOCUMENT_TOKEN_TO_BE_REPLACED 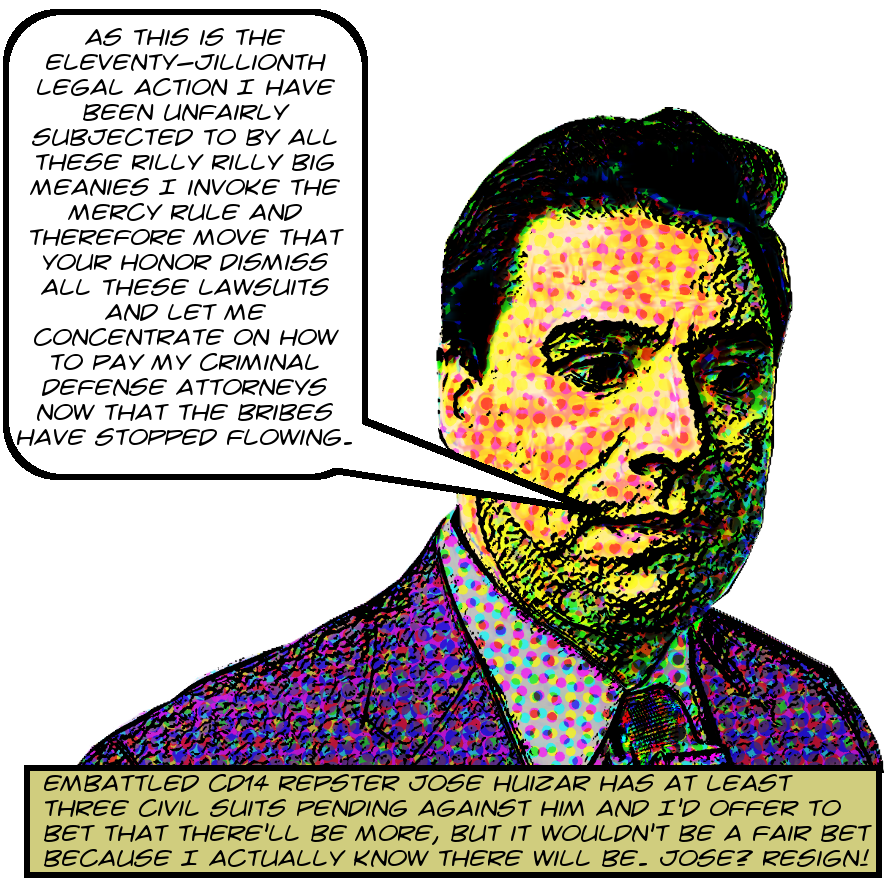 This is just a very quick note to announce that due to CD14’s well-known and weirdly intransigent refusal to comply with even the most minimal mandates of the California Public Records Act I have been forced to file a writ petition against these outlaw City officials seeking to enforce my constitutional right to read their damn emails.

On December 30, 2018 I asked Paul Habib and some other Huizar staffies for “emails between joella.hopkins@lacity.org or ari.simon@lacity.org and at least one of 34490@lapd.online or 32511@lapd.online or gita.oneill@lacity.org or kurt.knecht@lacity.org.” Note that the two police there are Marc Reina and Deon Joseph respectively. They hummed, hemmed, hawed, and noped and eventually produced 62 pages of ludicrously incomplete emails. For instance, they produced the first page of a 14 page thread about Night on Broadway but not the other 13 pages. And crazy stuff like that.

And they claimed, possibly due to the inclusion of Deputy City Attorneys Gita O’Neill and Kurt Knecht in my request, that they had withheld some material under the attorney/client privilege. But you know, and this is good CPRA practice, when possible I like to hit up as many agencies as possible for the same or overlapping material. It’s the best way not only to get complete sets of stuff but also to check whether responses are honest. And, sadly, often they are not.
END_OF_DOCUMENT_TOKEN_TO_BE_REPLACED