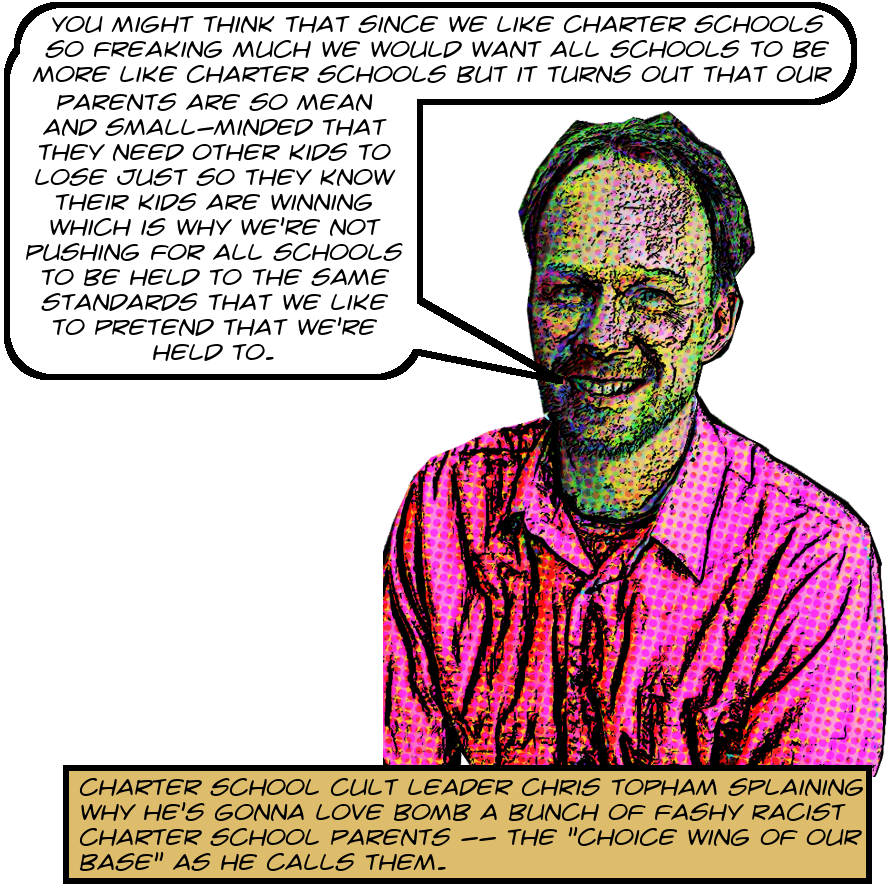 As you must know by now the California Charter School Association is the premiere wingnut loony tunes mouth-frothing privatization advocacy organization in the state. And we’ve been learning an unprecedentedly awful1 lot about them since June due to a huge set of records2 released by Green Dot Charter Schools in response to a request I made of them under the California Public Records Act.

These records are so rich, so complex, so voluminous, that it’s taking me freaking forever to go through them, sort them, write about them, and I’m therefore laying them on you in increments. And the increment at hand is this powerpoint presentation, created by the CCSA in August 2018 to explain the next year’s goals and fears to their members. I have also exported this as a PDF for ease of use.3 There are also JPEGs of the slides at the end of the post if that’s better.

And my goodness, what a revealing heap of steaming and pernicious arrogance we have here. Under recent wins, for instance, we learn that the CCSA “Conditioned Legislature to defeat a half dozen harmful policy and budget proposals in preparation for less reliable Executive branch.” That’s the California Charter School Association right there telling how they “conditioned” the Legislature in preparation for Gavin “Less Reliable than Jerry Brown” Newsom’s ascension to the throne.

And further down the line we learn the assumptions behind CCSA’s policymaking agenda for 2019, probably actually for always, but I don’t (yet) have the evidence. And again, what’s revealed is appalling but not surprising. For instance they pledge that “CCSA will seek compromise on legislation that minimally constrains flexibility but only in exchange for new entitlements.” This item casts the CCSA’s support of SB126, which makes it exceedingly clear that charters are subject to both the CPRA and the Brown Act, in an interesting light.

Perhaps in 2018 they thought that this new law only “minimally constrain[ed] flexibility” and that they were going to get a bunch of goodies in return. But I’m willing to bet they’re rethinking that concession now given that the fruits of a single CPRA request have subjected them to months of pain-writhing exposure, some scathing articles in the Los Angeles Times, and may ultimately end the career of their manchild knight in shining hair product, Nick Melvoin.

And their listing of what they see as the greatest threats against them for 2019 is very instructive as well. I’m not up on the details enough to comment on all of these but the ones I do understand are as appalling as the rest of it:

★ Influence charter board composition — They’re super-worried that laws will require them to elect their boards of directors, or have community members or parents as full voting members, or allow community members or parents to vote on board members. All of which would be good and important ideas, rather than the moronic incestuous self-perpetuating boards that presently run most of these schools. That they see this as a threat is telling.

★ Further weakening of Prop 39 — This is the horrific law that allows privatizers to colonize local public schools. Everyone sane hates this. It ought to be repealed. CCSA sees even weakening it as a threat.

★ Require charters to comply with Field Act — The Field Act requires schools to meet high earthquake-proof construction standards. The idea is that since school buildings are full of children a lot of the time it’s even more important than for an average building that they not collapse during earthquakes. Because even though it’s bad for hundreds of people to die, it’s way, way worse for hundreds of kids to die.

But for various reasons charter schools aren’t subject to the law, the standards of which are admittedly expensive to satisfy. Given the amount of headspace the privatizers allot to putting kids first I would have thought they’d pony up some money to make sure the children actually in their care weren’t all slaughtered in a rickety building during the big one, but evidently they’re not up to putting kids that much first.

But it’s the next section, on Policy Pathways in 2019, that’s really interesting. This lays out three potential attitudes for CCSA to strike to guide its 2019 lobbying efforts. Each comes with a nifty descriptive moniker and a set of pros and cons. And the hypocrisy on display here is stunning, even given the baseline level of hypocrisy we’re used to from these people. The three options with their short descriptions are:

★ The Bunker Approach — Defend sector against legislative and regulatory efforts to dismantle charter autonomy and flexibility.

These sound superficially innocuous, or at least devoid of content, but it’s in the pro/con analysis that their meaning is actually revealed, and it’s not pretty. In particular, the “Change Agent Approach” would have the CCSA positioning charter schools as “trailblazers on equal access and equitable spending”. Characteristically, this approach has charters “asserting” that they are that without worrying about whether or not they actually are that.

It’s not easy to comprehend this statement given the extreme cultural shorthand obviously at play, but I’m thinking that that last sentence, worrying that this position “[m]ay alienate choice wing of our base,” means that there are those, the so-called choice wing, that support charters because of the putative “choice” they offer, and if somehow, even in the name of equity, CCSA advocates for making public schools more like charters then, as they’ll presumably become more like one another, there won’t be a choice.

And finally there’s what they call “the Ecosystem Approach“ wherein they “Drive greater investment and accountability for traditionally underserved students.” The pros of this approach are basically that Gavin Newsom might like it and that it “[c]ould position CCSA as leader on equity.” It’s hard for an amateur like me to understand what might go wrong for an organization that’s dependent on new legislation in pleasing a new governor, and what might go wrong for anyone in positioning themselves as a “leader on equity.”

Is there anyone left in the world who will say openly that they’re opposed to equity? Well, again, it’s that pesky base, although here CCSA doesn’t use the word. If CCSA positions itself as a leader on equity it “could be perceived as mission-creep. Does nothing to advance growth agenda.” That is, there are CCSA supporters who think that advancing equity for students is “mission-creep.” Despite the constant kids-first yammering from these privatizers, then, they’re not so much in favor of putting all kids equally first. It is, of course, the “growth agenda” that matters.

And of course we knew this, but I am still surprised by CCSA’s willingness to say these things so explicitly. I know they didn’t expect me to publish their goodies all over the internet, but that just makes the whole revelation more credible. Anyway, there’s no moral, no conclusion, just another record in a sea of records, telling us what these privatizers are actually up to. Nothing good. 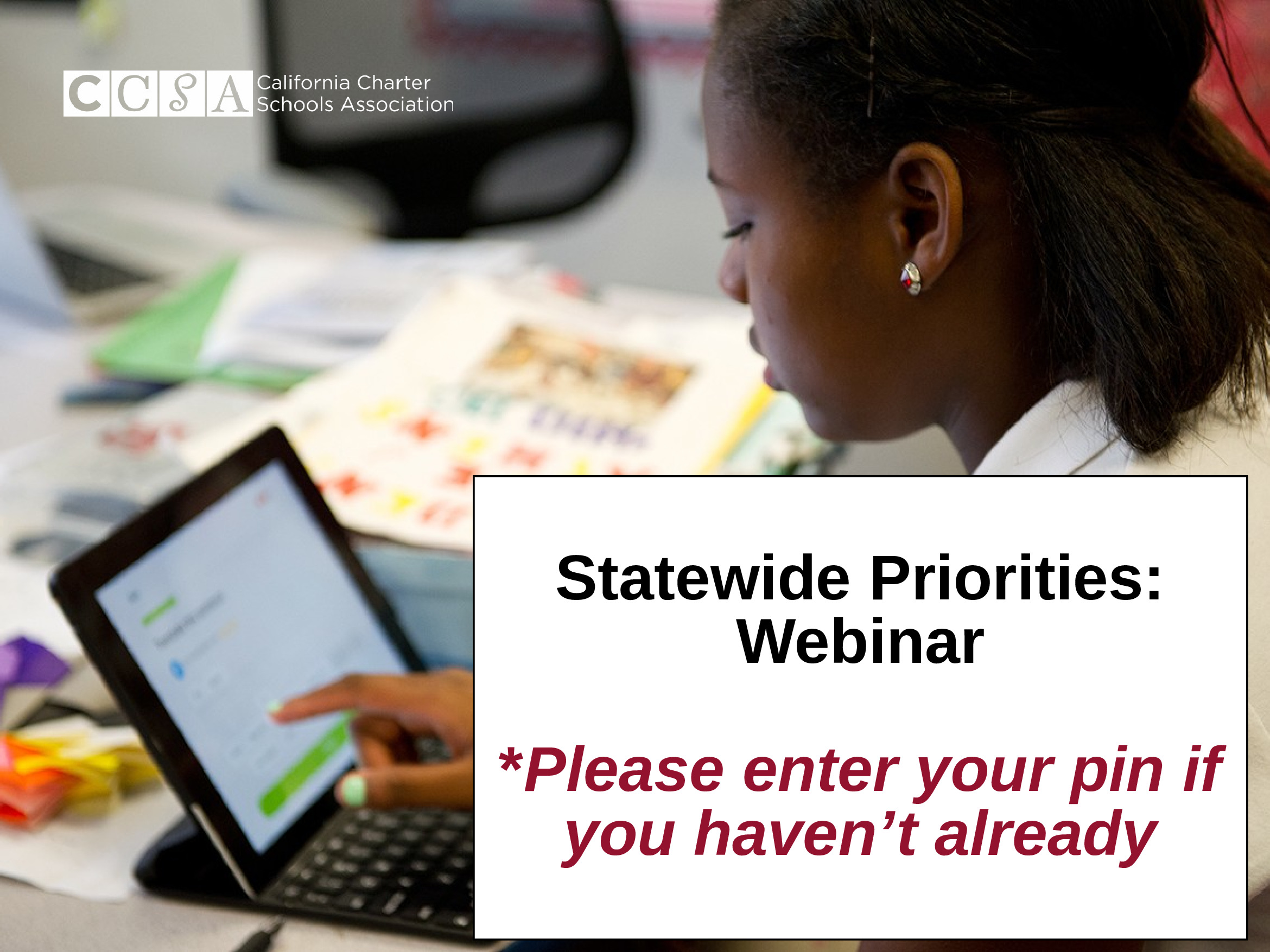 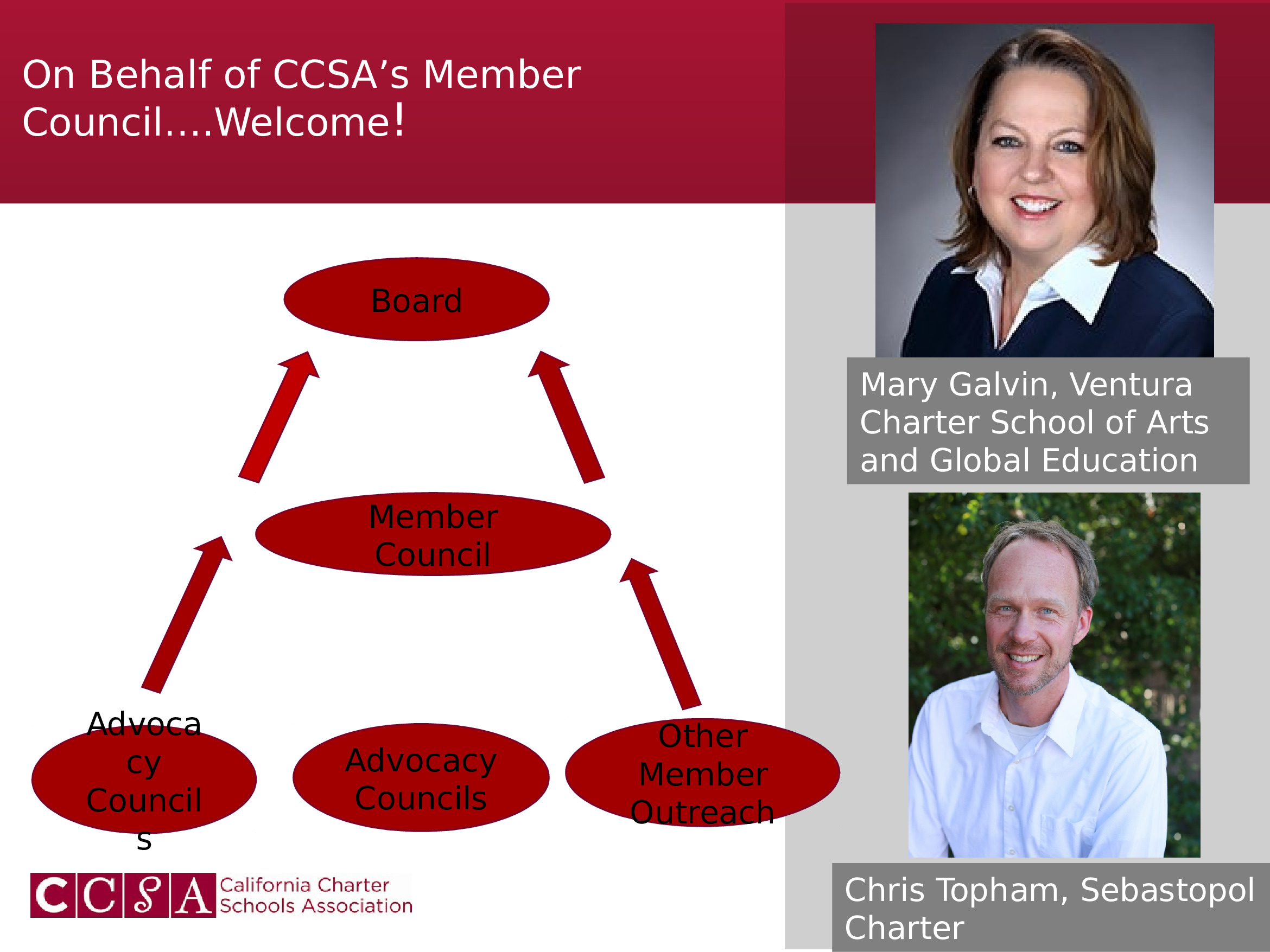 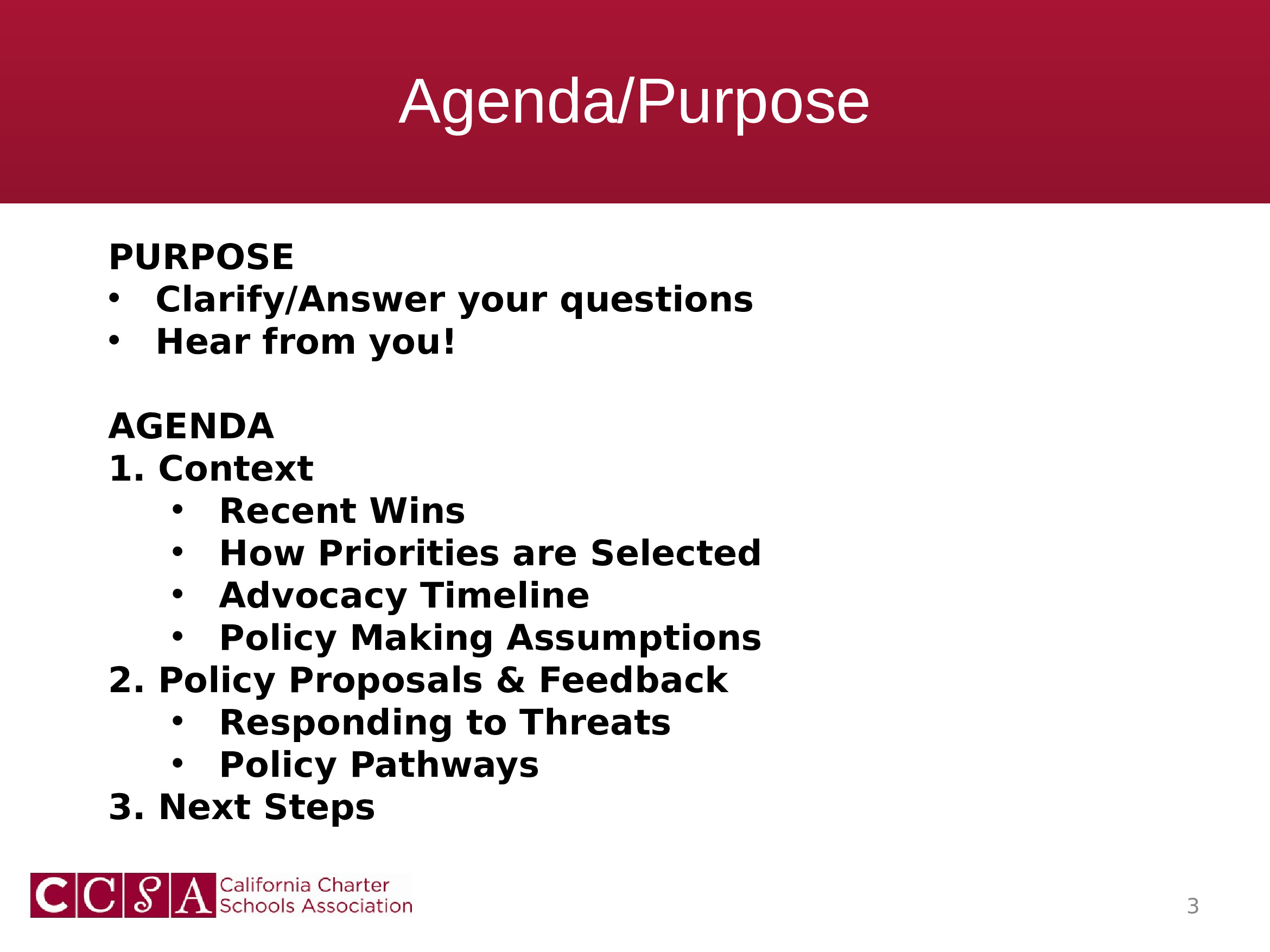 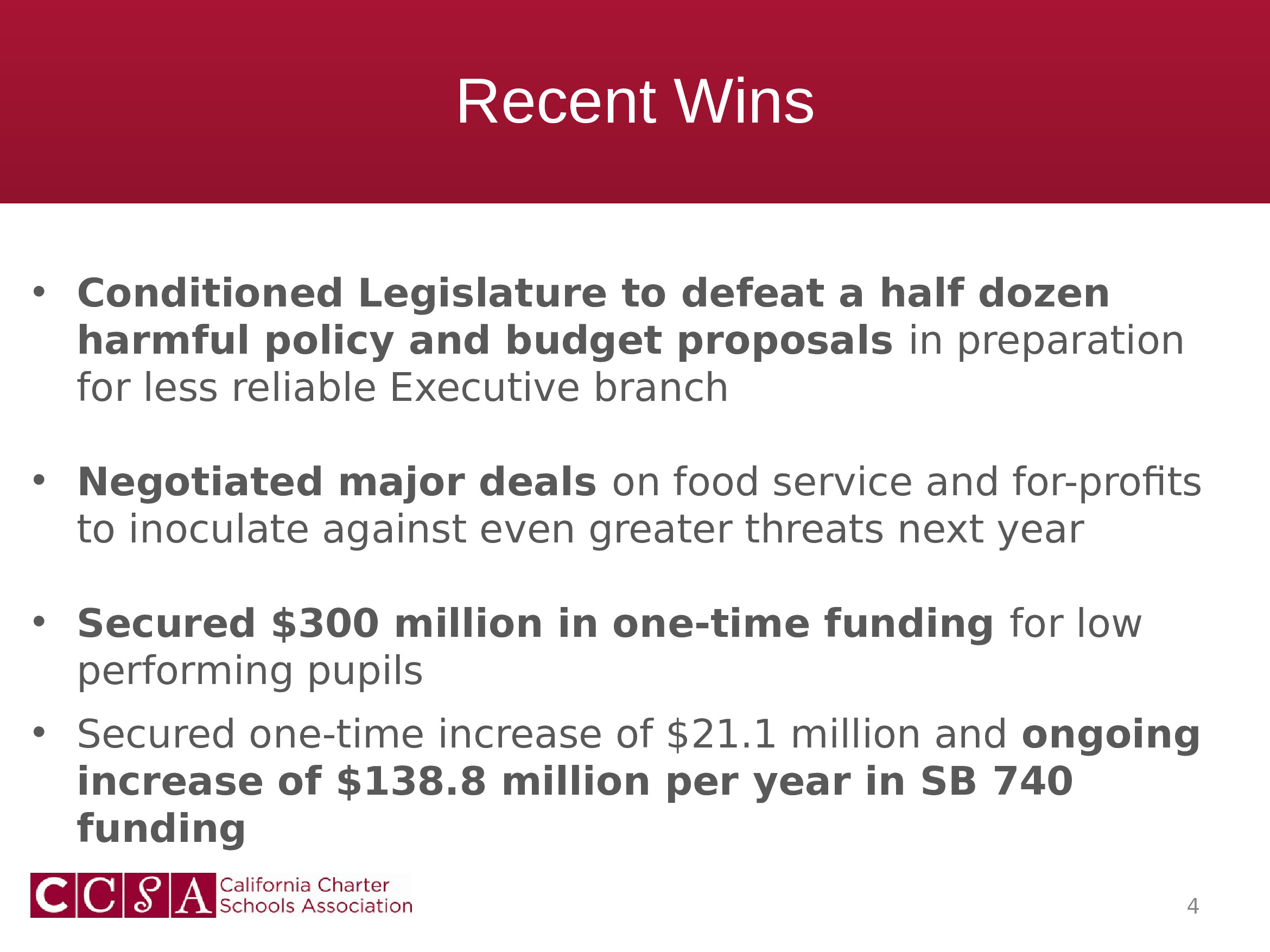 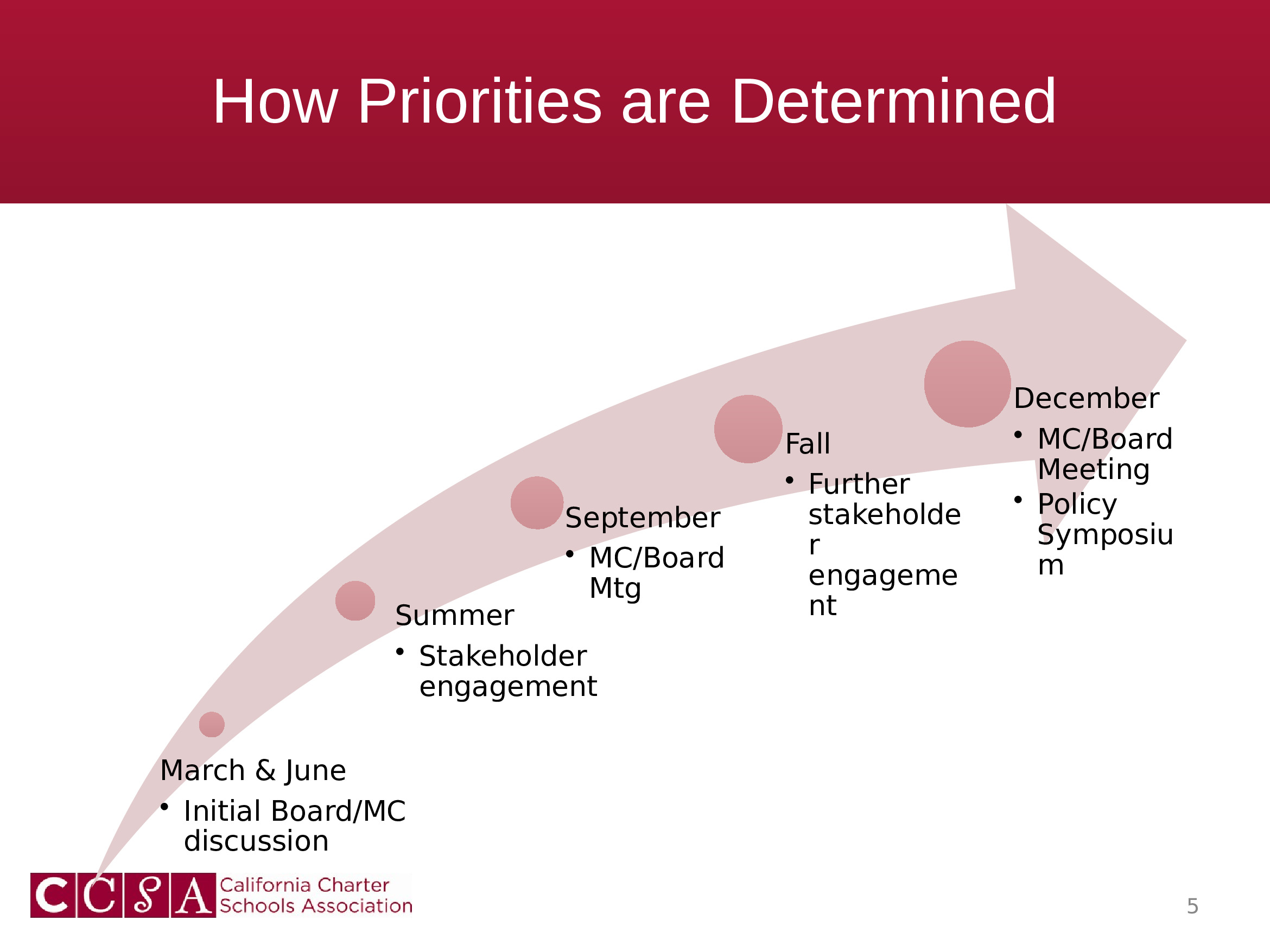 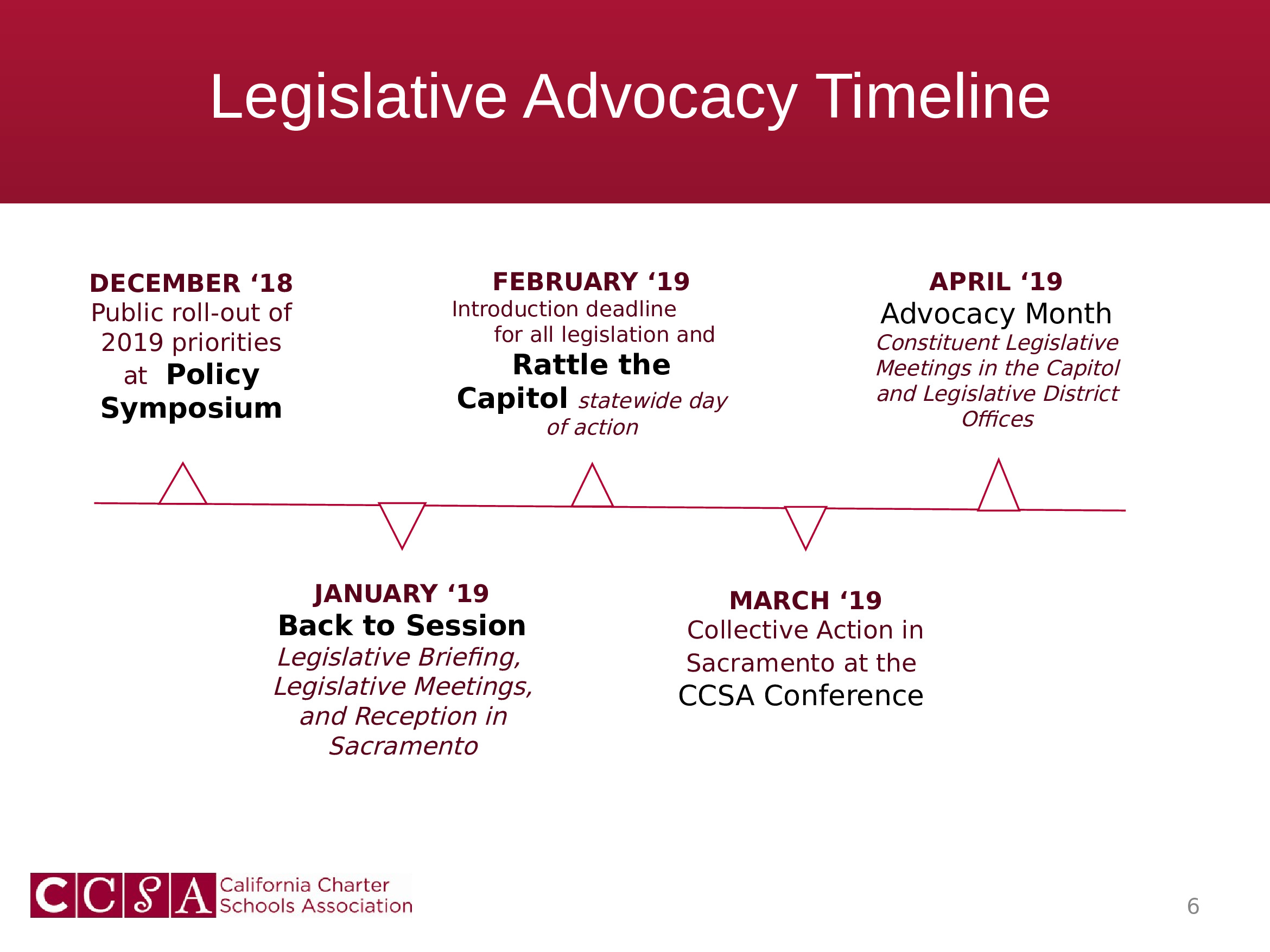 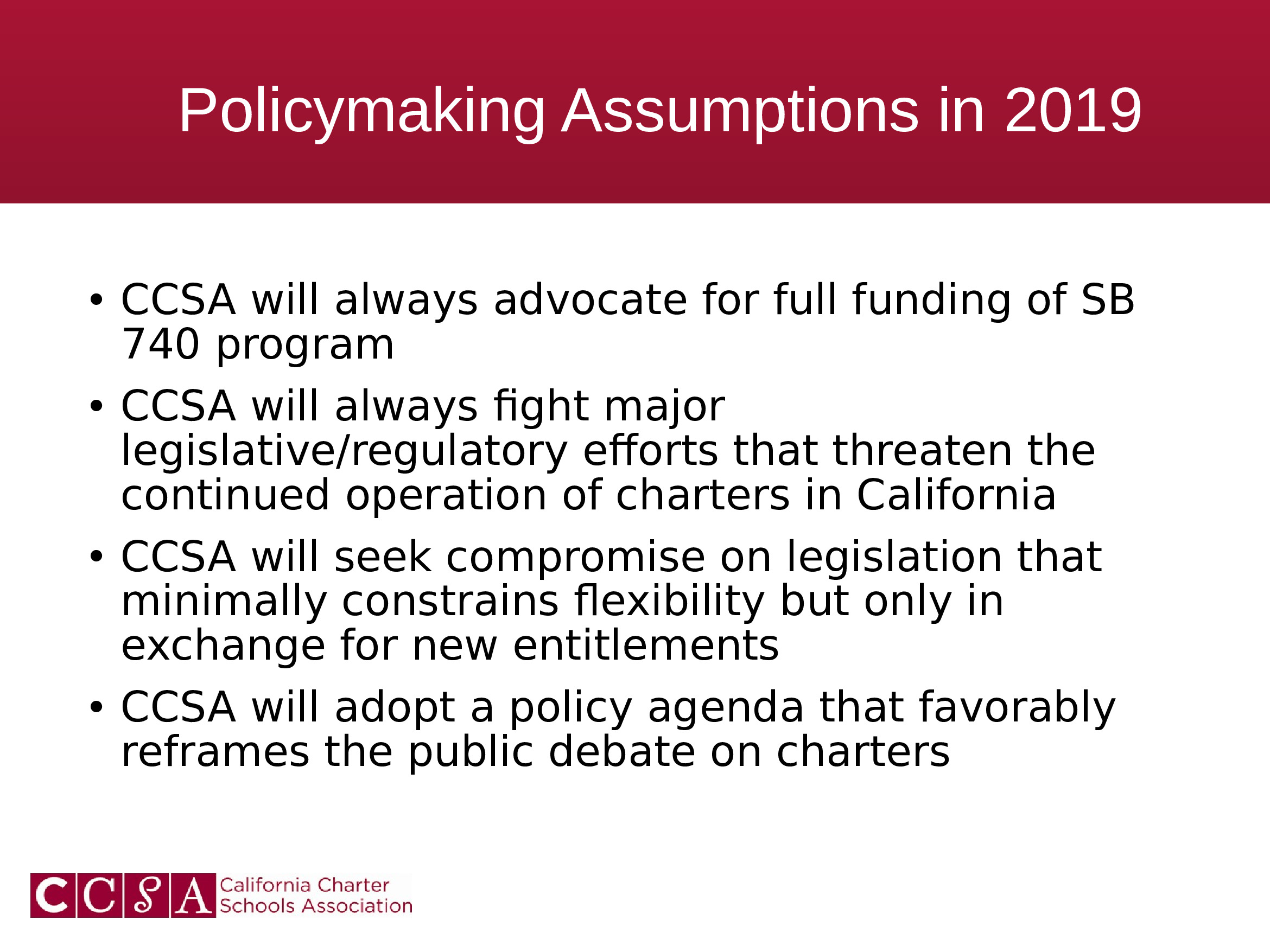 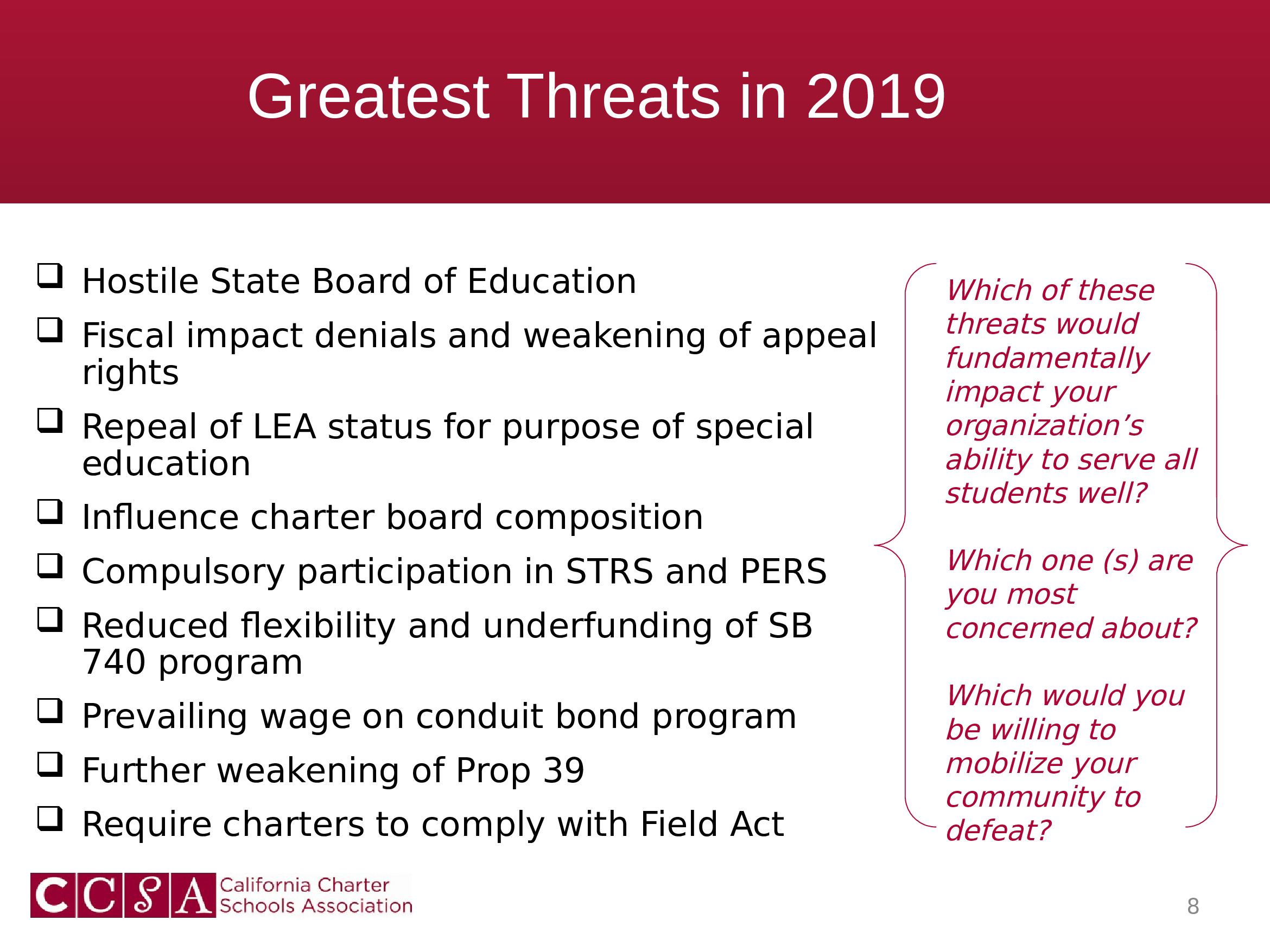 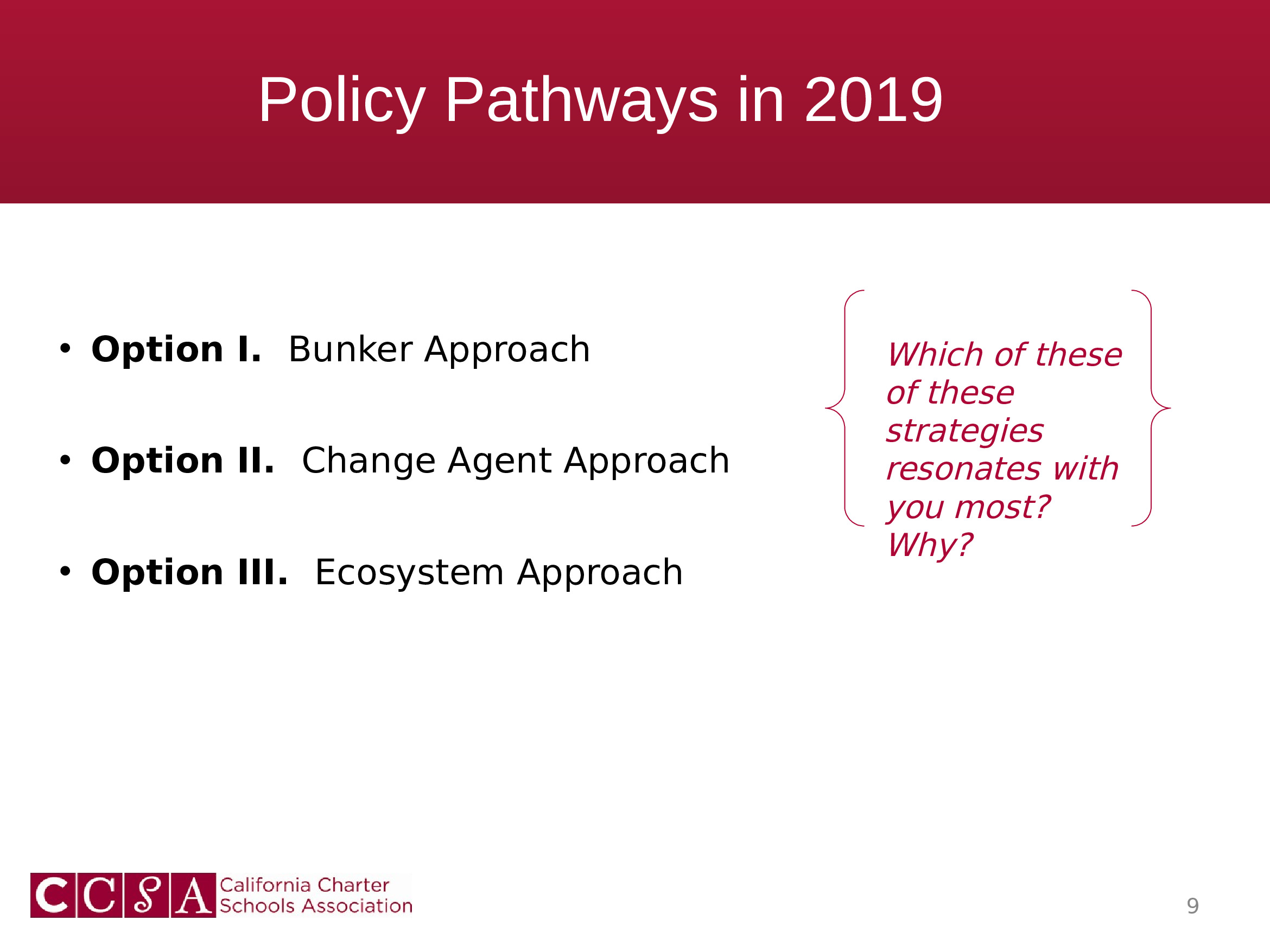 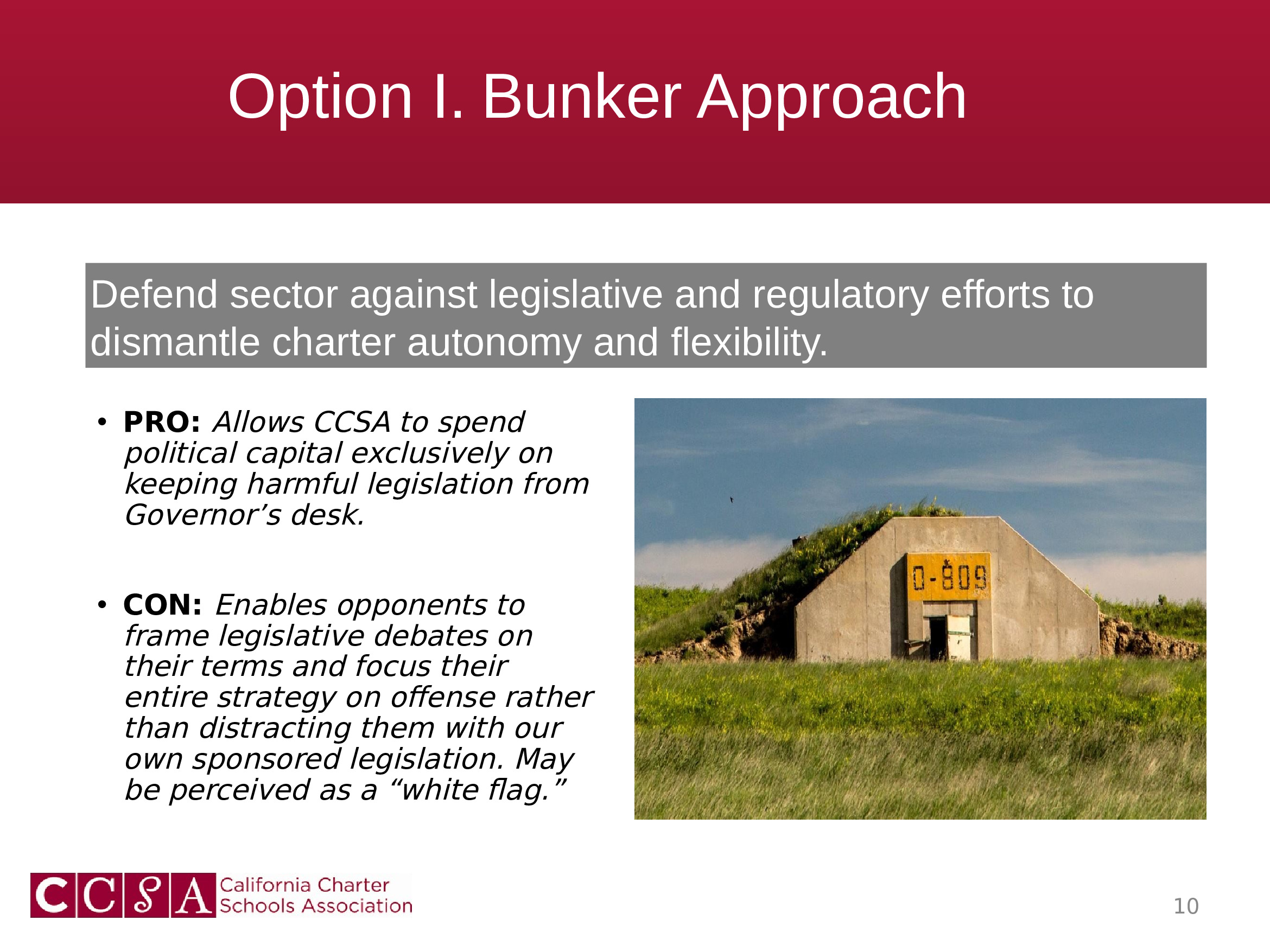 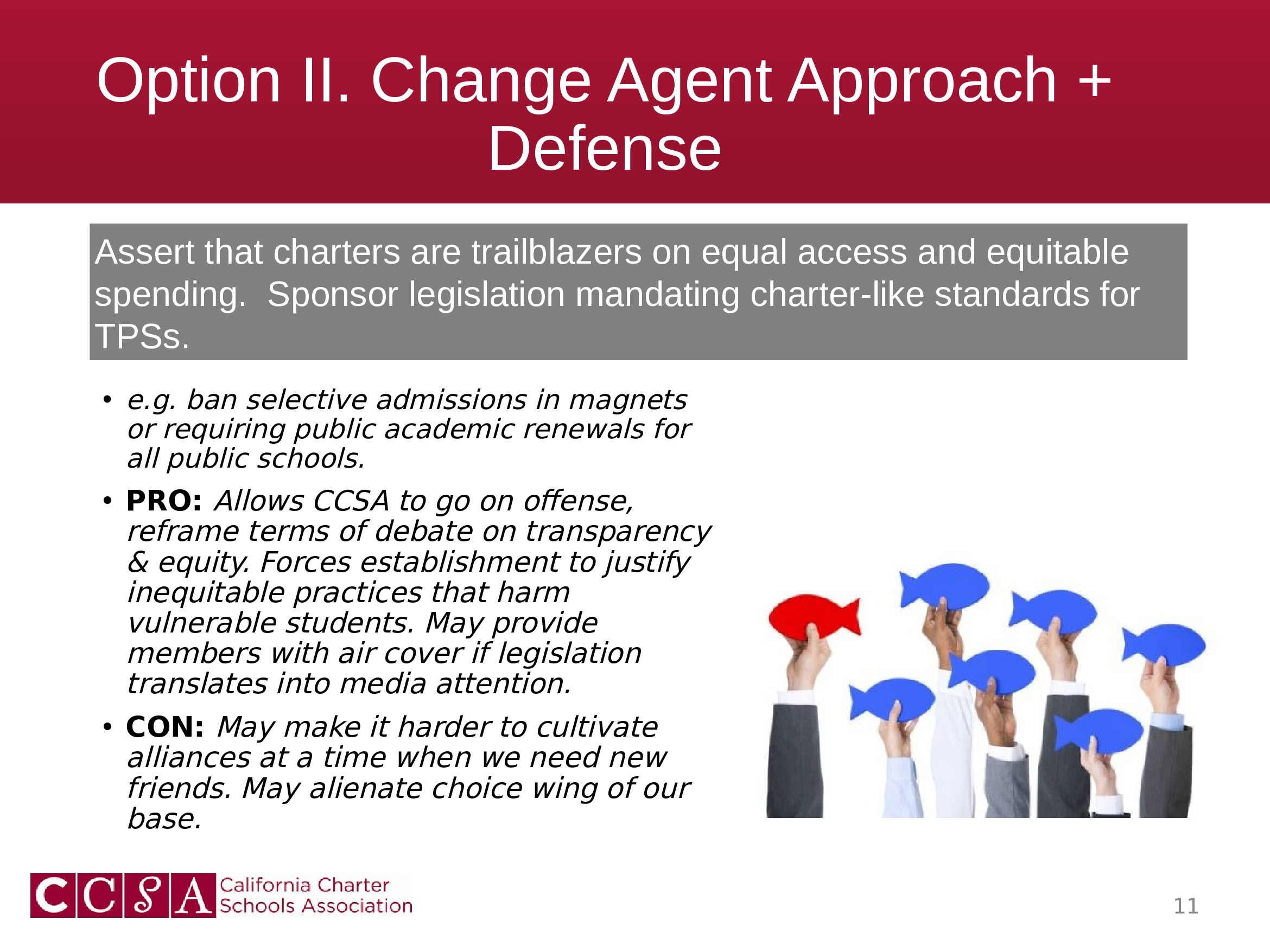 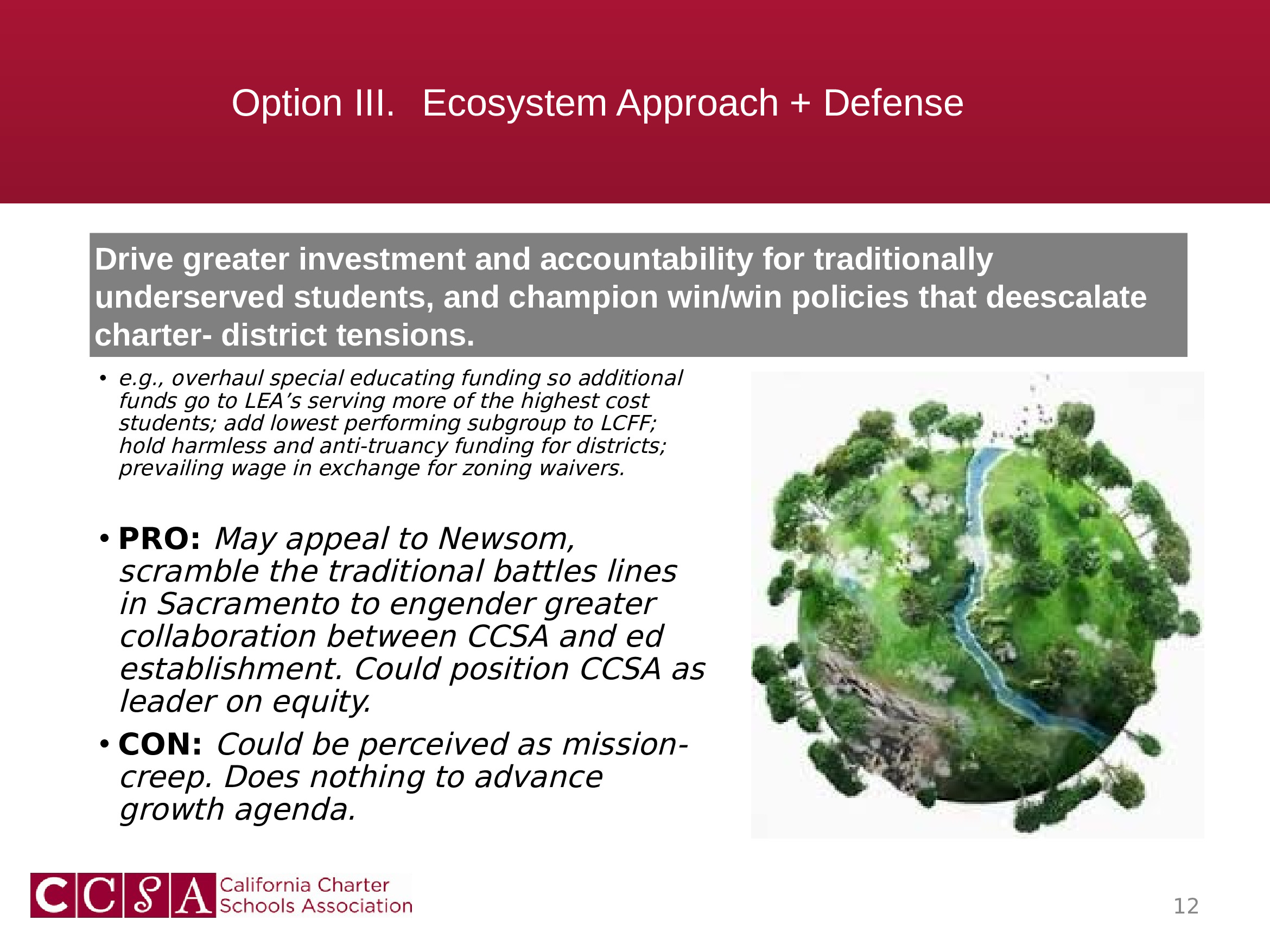 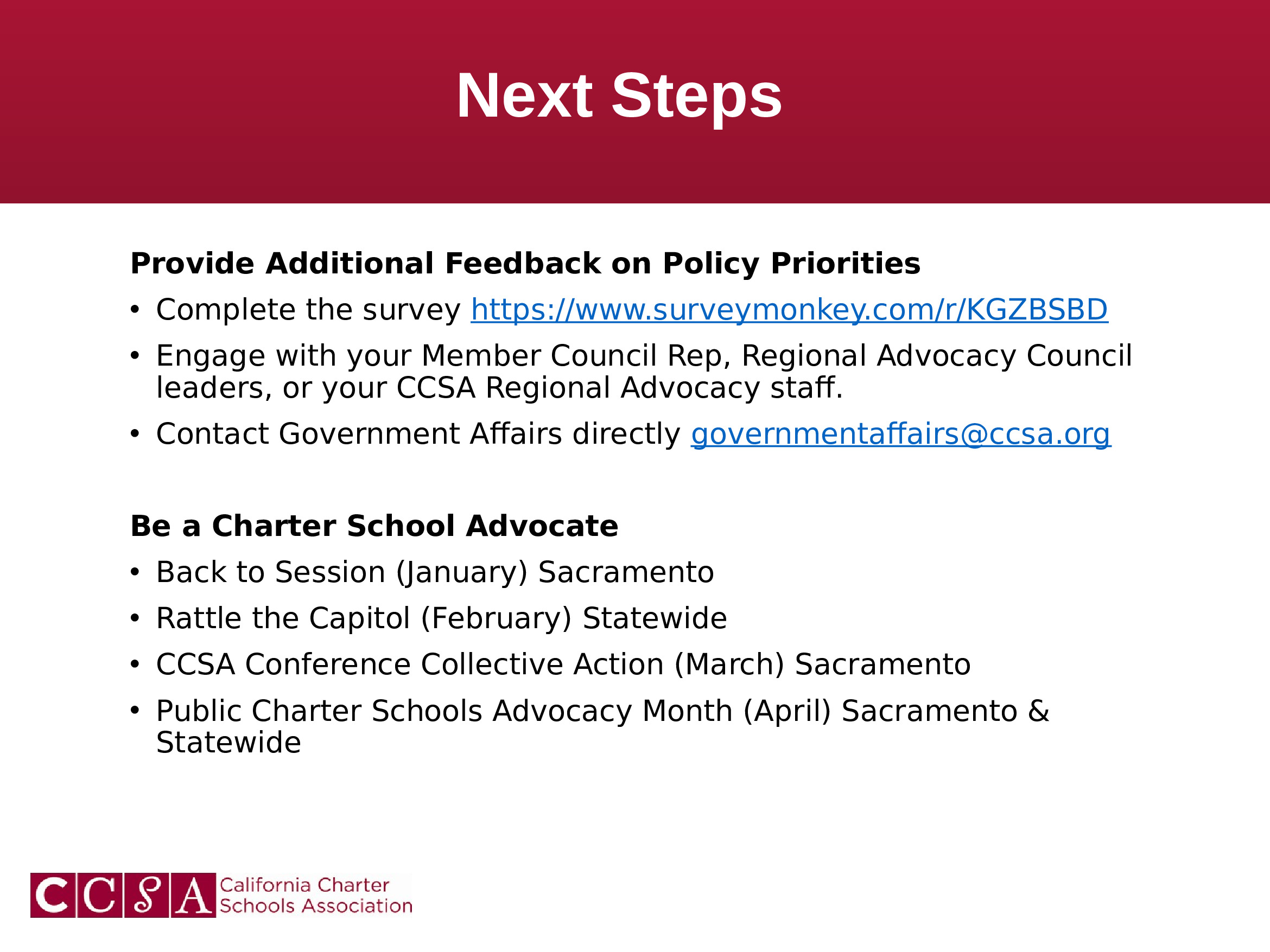 3 thoughts on “A Secret Powerpoint From The California Charter Schools Association Reveals 2019 Lobbying Priorities And Strategies — In Particular They Consider Positioning Themselves As Champions Of Equity And Equality But Worry That Their Supporters Might See That As “Mission Creep” — They Consider Supporting Equal Access To High Quality Schools But Worry That Such A Position Might Alienate The “Choice Wing” Of Their Base — They List Among The Greatest Threats The Bare Possibility That Charter Schools Might Be Required To Earthquake Proof Their Buildings To The Same Standard As Public Schools — In Short This Is A Seething Stew Of Privilege — And Arrogance — And Clueless Self-Exposure — In Other Words More Of The Damn Same Stuff!”