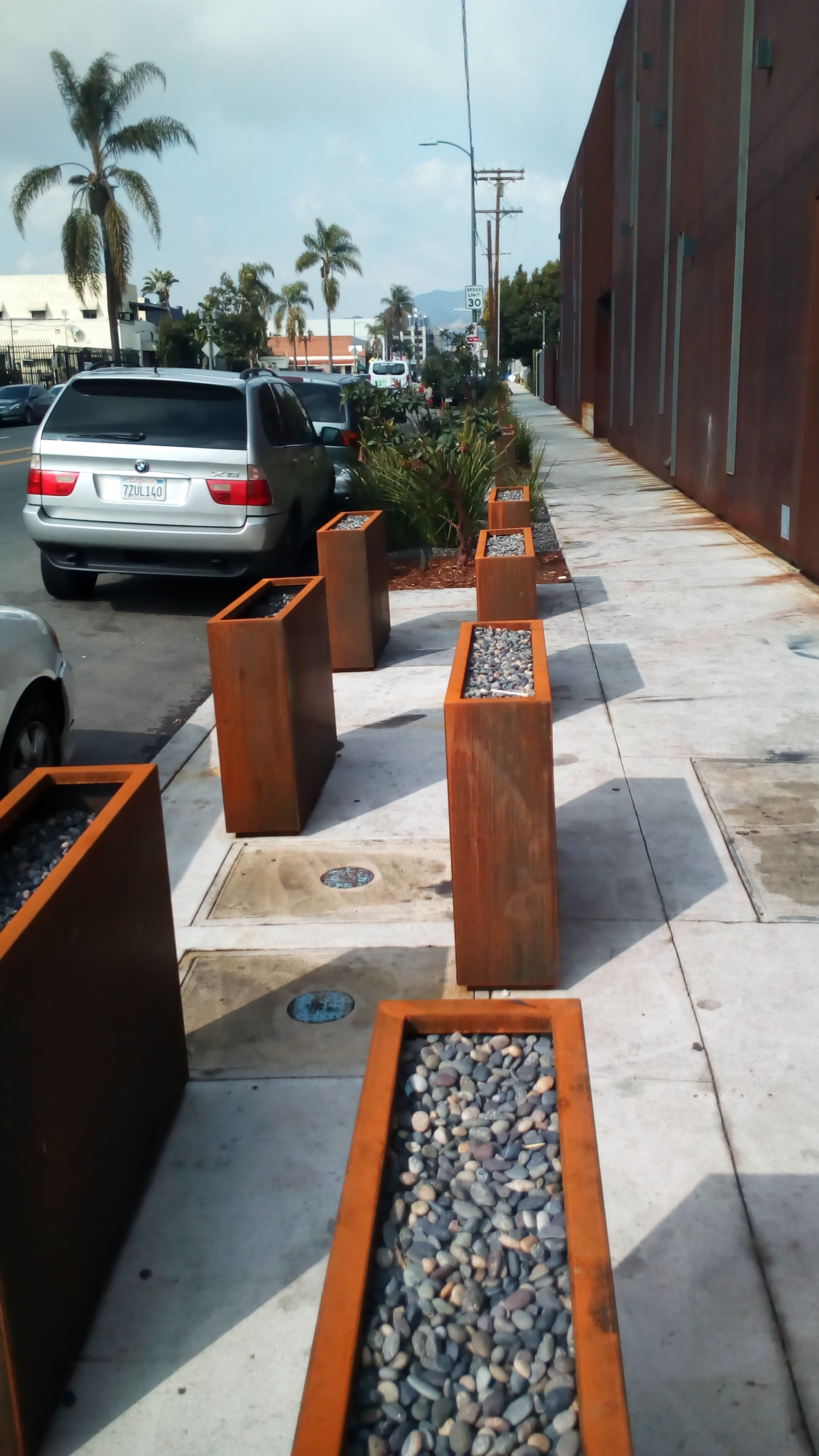 Remember those infernal anti-homeless planters that are appearing on our sidewalks across the City from Venice out to Hollywood and beyond? Well, the Los Angeles Municipal Code is very, very clear about private people installing stuff on the damn sidewalk. It is required to get a permit before the installation goes in. This requirement is found at LAMC 62.118.2.

And it turns out that the existence of such a permit, called an R-permit, is completely a matter of public record. So I determined to check out the legality of the four arrays of planters on Lillan Way and Cahuenga Boulevard that I wrote about on Twitter at the end of February. Last week, mislead by the damn internet, I went to the Public Works Building at 12th and Broadway, but that turned out to be totally the wrong place.

The people there were really helpful, though, and they told me the department I wanted was at 201 N. Figueroa. I didn’t have time that day to continue the journey, but this morning I did. I found the right office and talked to two really helpful people, both of whom confirmed that none of these planters had permits, and that therefore none of them were legal.

Here’s a list of the addresses with illegal planters, and the next stop is the Bureau of Street Services to try to get an investigator out there. Also, read on for a description of the exact steps I took to check on permits, so you can do it too. Note that the relevant code section, LAMC 62.45, requires permits for fences, too. So you can check these out if you’re interested.

And here’s how I learned this, and how you too can check if some planters or fences are permitted. I will also be reporting these to the Bureau of Street Services, and I’ll let you know how that goes.

Anyway, head over to 201 N. Figueroa. I walked over from Figueroa and Sunset, which is a transit-rich corner and not too far away.1 The Bureau of Engineering office you want is on the fourth floor. Tell the receptionist you’re interested in R-permits and get a number. Take the number down to the 3rd floor and wait to be called.

The first person who helped me checked on the computer system and told me that none of the addresses had R-permits. He said, though, that if they had applied but the permits hadn’t been granted yet, he wouldn’t be able to see it. He transferred me to the R-permit specialist, where I had to wait again.

The R-permit specialist told me that no one at any of the addresses had ever applied for permits. He also mentioned that the Bureau of Engineering does not grant permits for planters on the public sidewalk, so there’s that. Anyway, that’s the system for checking. I assume it works for fences just as well since they’re covered by the same kind of permit. More news when I have it!