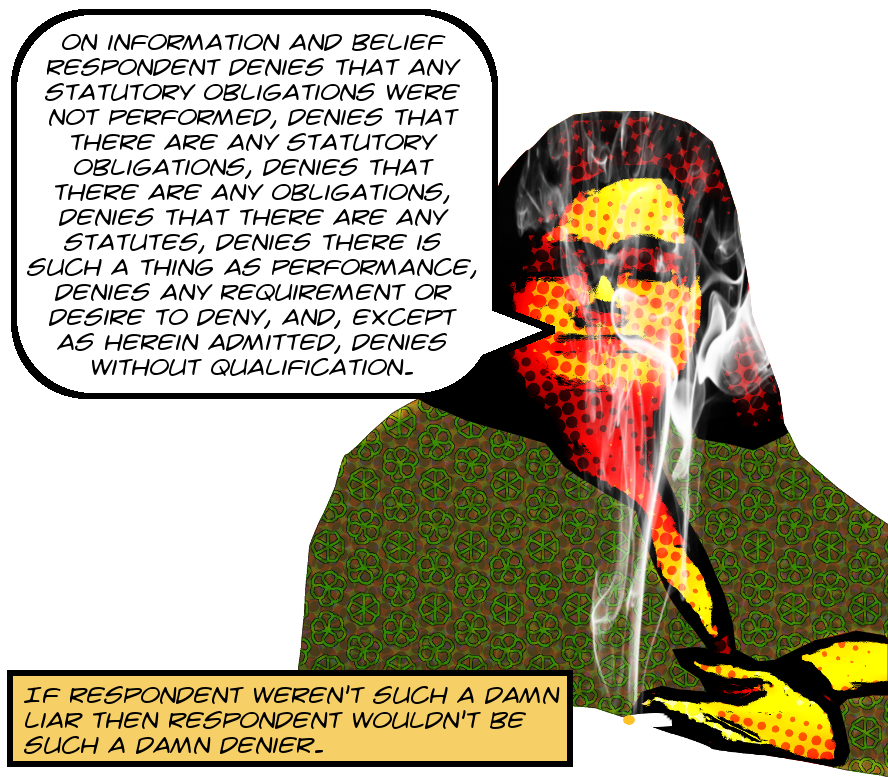 So you’ll remember possibly that in August I was forced by their unhinged intransigence to file a writ petition against the Fashion Freaking District BID asking a judge to boss them about until they began to comply with their statutorily mandated duties under the California Public Records Act. Well, it seems they’re not going to go quietly into that good night, so they went out and hired themselves the world’s angriest CPRA lawyer, which is to say Carol Freaking Humiston of Bradley & Freaking Gmelich, and she went and filed a timely response to my petition.

And you can read the damn thing by clicking here if you want to. But I have to say, as much as I enjoy reading legal pleadings of all varieties and subject matters, these replies leave me cold. Take a look and you’ll see. They deny everything, but they don’t even say what they’re denying. It’s all like “As to the allegations in paragraph 17, we deny the first three, state that the fourth and the ninth require no response insofar as they assert legal conclusions, and the fifth through the seventh, even if true, do not allege a violation. Insofar as we fail to deny, thus far do we admit.”

On the other hand, responding on time is more than many BIDs can manage. For instance in recent months we’ve seen the creepy little crackpots out in Larchmont Freaking Village fail to respond on time and we’ve also seen the psychopathic rageballs up in Chinatown do the same. Say what you will about Carol Humiston. Say she’s mean, say she’s angry, say she’s short-fused, incoherent, obstructionist, and fundamentally off the chain, but she seems to understand what a briefing schedule is.

Anyway, come on out for the trial setting conference, which is scheduled for Friday, November 16, 2018 at 9:30 a.m. in Department 86 in the Stanley Mosk Courthouse. I’ll buy you a cup of coffee after and we can mock the BIDdies for the rest of the morning!

Image of Rena Leddy just puffing away is ©2018 MichaelKohlhaas.Org. Take a look here if you’re curious about its origin story, ok?