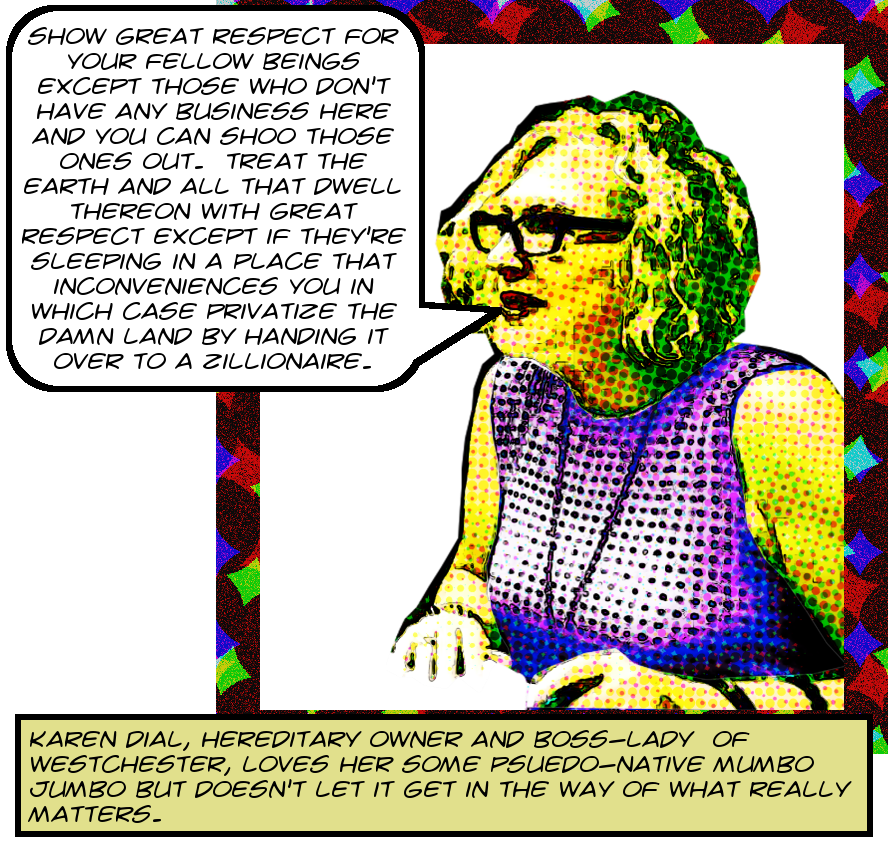 Here’s how we got to this place. You will recall that, due to the unhinged intransigence of Donald Duckworth, zeck dreck of the Westchester Town Center BID, I was unwillingly forced to file a writ petition against his masters to get them to take their obligations under the California Public Records Act seriously just for one damn time. And I learned from the agenda for yesterday’s meeting that they were poised to hire the world’s angriest CPRA lawyer, Carol F. Humiston,1 to defend their case.2

Well, the doings of La Humiston interest me no end, as why shouldn’t they? So I hopped aboard the good old 115 east on Manchester out to Sepulveda right into the heart of occupied territory, attended the meeting, and, as per usual, filmed the whole thing and you can watch it here on YouTube or if you prefer free-as-in-freedom here on Archive.Org. And the Humiston episode turned out to be utterly anticlimactic. You can watch all very few seconds of it right here.

Basically El Duckworth just said that he and Karen Dial, hereditary president for life of the BID, had interviewed the ballistical barrister and they wanted to hire her.3 Then there was a motion and a second and the usual unanimity carried the day. Oh, snore. But the trip was by no means wasted! In fact, this BID turned out to be even more interesting than I expected it to be even accounting for the extreme level of interest that attends any situation with which Don Duckworth, the pirate king of BIDlandia, associates himself.4

As usual, the main points are summarized in the headline, and turn the page for all the details, links in to the video, and transcriptions that you could ever possibly desire!

But first some background! See, once upon a time Howard Drollinger, building on a small real estate empire started by his mom, Ella Drollinger, bought up every possible property he could in Westchester and became a bona fide zillionaire. When he died in 2006 he seems to have left beaucoup de buildings to his daughter Karen Dial who, to this very day, is in charge of everything5 including the Westchester BID, of which she is president.

And Karen Dial is not just one of your run-of-the-mill mammon-worshipping zillionaires, she also seems to worship at the altar of semiaboriginal semispirituality. Like e.g. when one enters her wholly-owned temple of mammon at 8929 S. Sepulveda, one is confronted with stickers notifying you that you’re entering a sacred space. And in her wholly-owned conference room, where no doubt all kinds of sinister plans are laid and also the BID meetings are held, one is confronted with a poster listing the Native American Ten Commandments.

Now, I have no doubt whatsoever that these are amongst the most egregious of new age spiritual fraudulent cultural appropriations, but nevertheless, the very last one says “Take full responsibility for your actions” so we can reasonably hold Karen Dial to them, fraudulent or not. And that brings us to the LAPD report at yesterday’s meeting.

These are always interesting, and always revealing. Unfortunately I have not time to discuss the officer’s recounting of crime statistics which, as is usually the case for the BIDdies, are both going up and going down at the same time,6 but check out this bit here when Officer Friendly explains how he’s keeping the BIDdies safe:

We don’t have cops so that they can go about the place shooing law-abiding human beings out of any public space. And if the human beings are not law-abiding, they don’t need to be shooed, do they? And all the BIDdies were so happy to hear that there’s shooing going on because they’re never going to be the ones getting shooed, are they? So yeah, what a nice bunch of BIDdies, but the stuff being done in their name, the stuff they’re accepting in grateful silence, that’s not so nice.

And then on to the trash lady’s report. This is the representative from Athens Services I’m talking about. You can watch her whole report starting here, but boy, does it go on. The most important bit starts here, where she talks about how to deal with encampments:

Did you get that? The trash company wants to work with the Council office “to privatize alleyways” because they have homeless human beings sleeping in them. And what’s next, O trash company? Are we going to give the sidewalks to the zillionaires also because of the homeless? The streets? The parks? If we give it all to the zillionaires they’ll solve the homeless problem in no time at all. And this strategy certainly works. Just ask Las Vegas, where the casinos own all the sidewalks so no one can do anything on them that’s not OK with the casinos. Wouldn’t it be great to have that in Los Angeles?!7

And that, friends, is the story of my epic journey west on Mighty Manchester Blvd to the very heart of Westchesterian darkness to attend a BID meeting. Unfortunately I don’t even have time to discuss all the craziness. Just for instance, check out this dude claiming that Bird Scooters increase crime cause they make it easier for criminals to blend in while casing cars. I definitely don’t have time to discuss that!

Image of Karen Dial is ©2018 MichaelKohlhaas.Org and it’s a mogrified version of a screenshot from the damn video, innit?