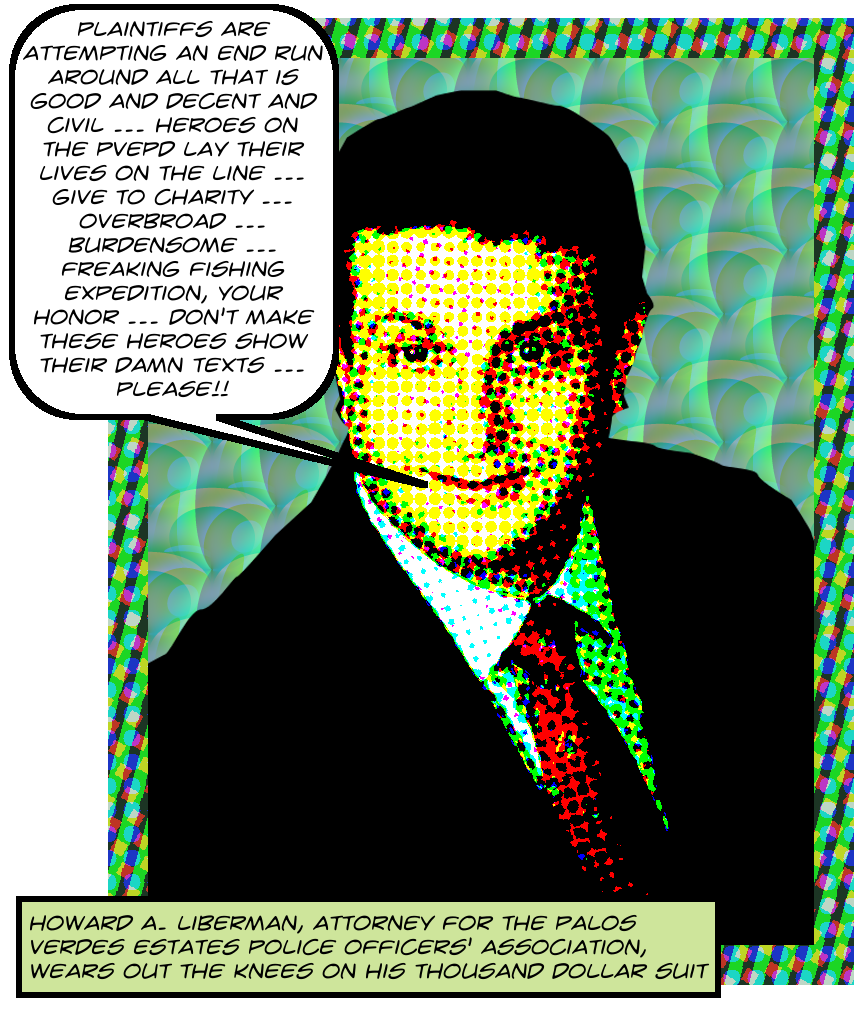 There are links to all the other goodies after the break, by the way, along with more of the usual uninformed speculation.

So as I’m sure you’re aware, I don’t know much about the law, and for all I know the cops’ arguments are correct with respect to the Federal rules of discovery, whatever those might be. But I do know a little bit about the California Public Records Act, not to mention the fact that in March of this year, the California Supreme Court ruled that work-related material stored on the personal electronic devices of public officials is absolutely subject to disclosure under the CPRA.

And of course, the CPRA famously requires the disclosure of much, much more material than the rules of discovery. So one wonders why everyone’s arguing about whether the request is overbroad, or whether the material is under the control of the City, or is it a fishing expedition, or whatever. It seems pretty clear to me that the CPRA trumps the City of PVE’s contract with its cops, and that perhaps the defendants’ objections wouldn’t stand up to a CPRA request even if it turns out that they’re not defensible as discovery. After all, the CPRA is fishing-expedition-friendly!1

I mean, who really knows if that theory makes any sense?2 Although I will mention that the last crackpot theory I propounded on this blog, that it might be relevant that Jalian Johnston values one day of surfing Lunada Bay at $5,000, ended up being mentioned in the plaintiffs’ deposition of the guy.3

The image up top is ©2017 MichaelKohlhaas.Org, and it is a heavy modification of this image here.