Yes, friends, it’s true. Los Angeles, now the most ethnically diverse place in the United States,1 was once known as “the great white spot of America.”2 Look at the May Company advert there to your right. Read the fine print:

White, the dominant note in the season’s fashions! The cool, pure, fresh, tubable3 white, that will give such splendid service, and such satisfaction in this charming city of the Southland!
…
Trade and fashion journals have long predicted the vogue of white. Paris has acclaimed it! Los Angeles has accepted it! And the fad is on! Never could a fresher fashion predominate. White, with its cool freshness and Summery appeal, is particularly suited to Los Angeles, the great white spot of America.

You can’t make this stuff up, although really, who’d want to?


Well, one thing one notices at these BID meetings is that most everyone there is white. These are really, really white organizations. This might not be striking elsewhere in the country, but in Los Angeles it’s very rare to see a group of people assembled in public and have most of them be white. However, take a look at the Board of Directors of the Sunset-Vine BID and of the Hollywood Entertainment District BID.4

Just for kicks, we thought we’d estimate the chance that exactly one person on each of these boards would be an ethnic “minority” were they to be chosen randomly from the population of Los Angeles County. Assuming that there are 7,000,000 “minority” people, which is 71% of the population5, this probability is 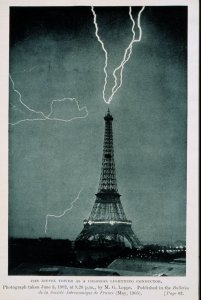 . These are of the same order of magnitude. Essentially a random person is around half as likely to be struck by lightning twice in a year as the whiteness of these boards is to have happened by accident. In laymen’s terms: Not bloody likely.


And what’s wrong with this? After all, if white people own all the property in Hollywood then the members of a Business Improvement District are going to be all white. Sometimes it happens like that. And this would be unobjectionable if the BIDs just worked to improve business conditions directly, but, you know, that’s not what they do. They hire security guards to enforce picayune laws against homeless people who, big surprise, are mostly not white. They do this on public property as well as private. They don’t decide who’s guilty, thank goodness, but they do decide who gets arrested. They use hyperenforcement as a tool of social engineering. With minor crimes such as drinking in public or sitting on the sidewalk in the absence of a parade deciding who’s arrested is worth more than deciding who’s guilty. No one goes to a jury trial on such charges. The arrest is de facto the punishment. In this sense the BID Boards are acting as juries and, according to Mr. Justice Lewis Powell of the United States Supreme Court, writing in Batson v. Kentucky,

In view of the heterogeneous population of our Nation, public respect for our criminal justice system and the rule of law will be strengthened if we ensure that no citizen is disqualified from jury service because of his race.

And you know, the same goes for BID Boards as long as they’re running little quasi-governments and hiring little quasi-police-forces and undermining “public respect for our criminal justice system and the rule of law” instead of minding their own BIDness. Maybe white was all the rage in 1925 but by now Los Angeles has rejected it! And the fad is off! It is particularly unsuited to Los Angeles, no longer the great white spot of America, thank the Lord.