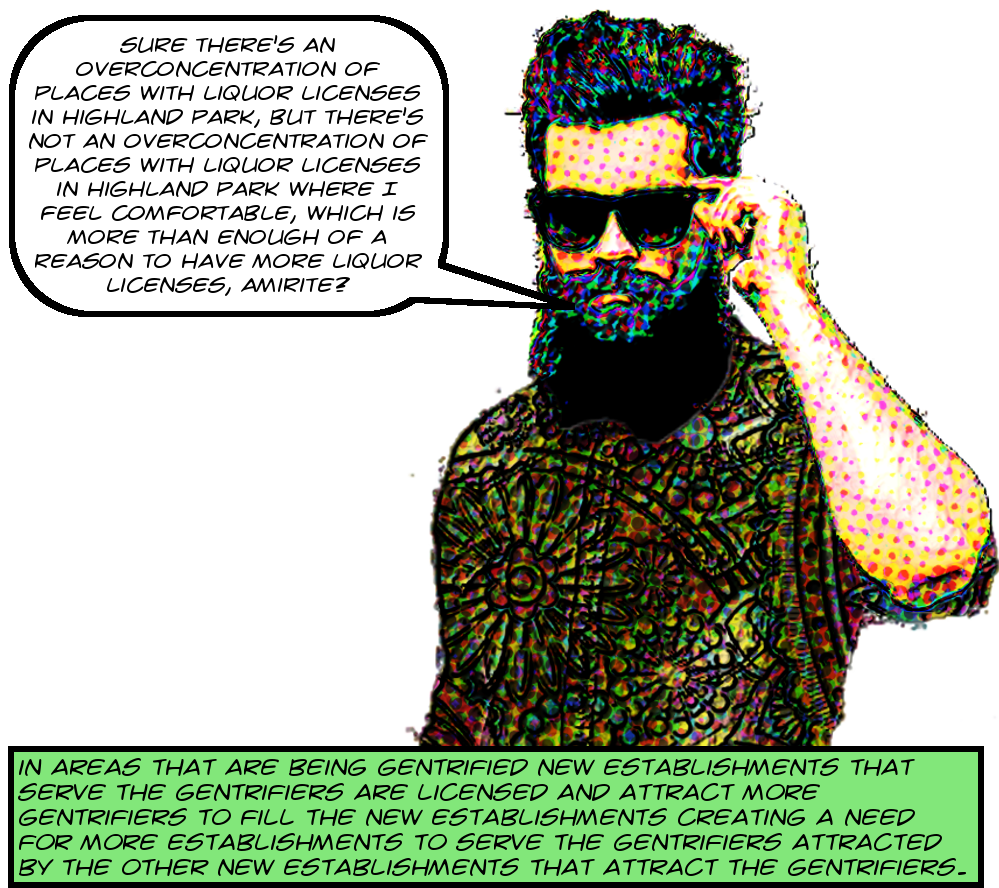 The applicants don’t call the process gentrification, by the way. They call it revitalization, which term, in a stunning act of passive erasure, assumes that Highland Park wasn’t plenty vital before they showed up. Turn the page for links to and transcribed selections from some of the applicants’ arguments.
END_OF_DOCUMENT_TOKEN_TO_BE_REPLACED