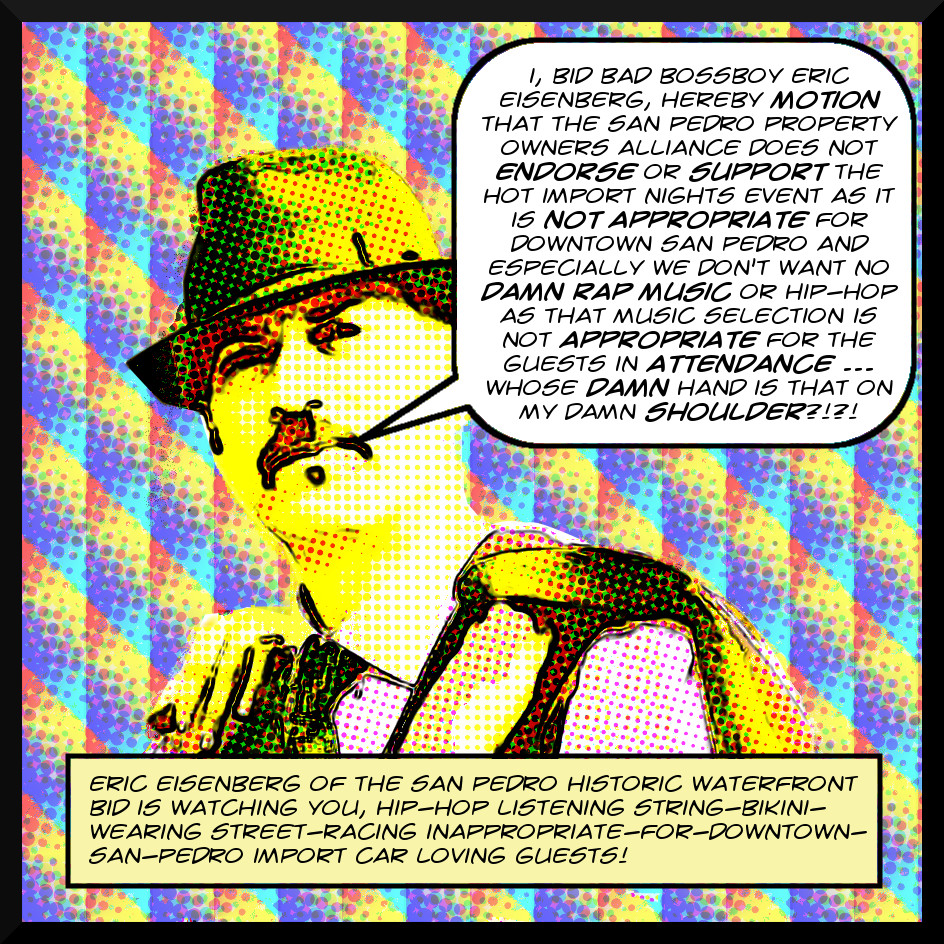 These weird, crypto-racist attitudes are not just the province of our frenemies at the HPOA. They are evidently shared by BIDs all over the City. Thus it’s really no surprise to find that the San Pedro BIDdies are a bunch of cultural crypto-racists as well. But, as always, it’s still surprising, still disconcerting, to see the details figured plain as though upon a lighted screen. Turn the page for the story in detail with extensive documentation!
END_OF_DOCUMENT_TOKEN_TO_BE_REPLACED