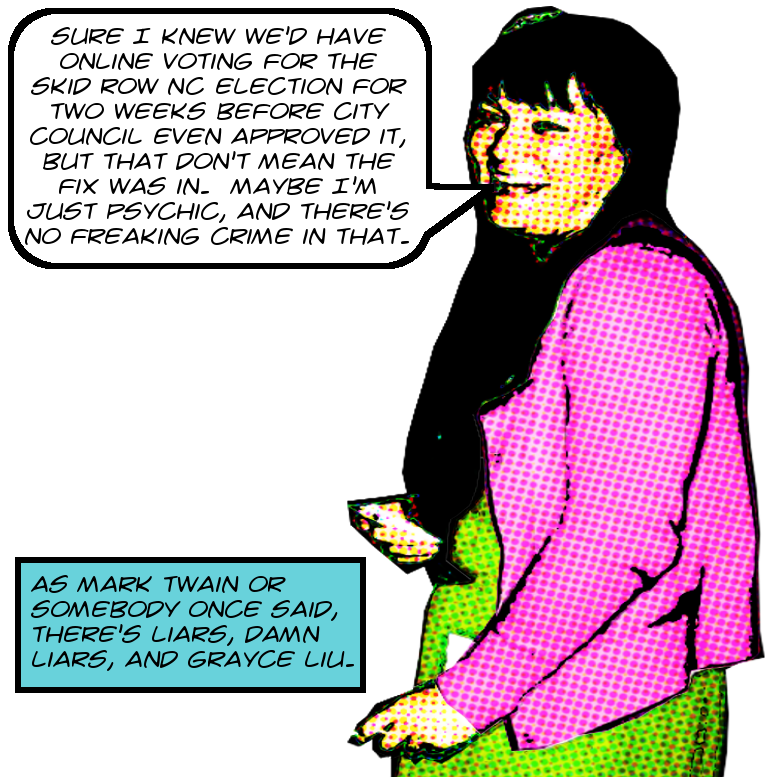 The decision was essentially finalized at that point with no public input, no deliberation, and no chance that wiser heads on the City Council would prevail. There are no wiser heads.1 No one even had the decency to tell Grayce Liu to wait for the formalism of City Council approval before acting on Huizar’s unilateral decision. Sadly, it’s business as usual. Turn the page for a transcription.

Hope ail is well. I sent Shelley the good news email below that we would be able to move forward with using the online voting and voter registration platform for our subdivision election in a few weeks. I was shocked to find out, however, that she is no longer with the company when I received this email bounce back and called her.

It was very disappointing to hear that Shelley has been let go especially because she is the major reason Everyone Counts has this account with the City of LA. She was instrumental in the 2016 successes for online voting and was a key partner in helping us get online voting in 2018 for Neighborhood Councils. For Shelley to be laid off without any notification or explanation to me or our City Clerk is simply not good business, particularly when we are finally poised to get City Council to act again on approving online voting.

What is the status of Everyone Counts now to perform the terms of our contract? I’d appreciate an update by tomorrow since I am to prepare a report for City Council next week to provide them the plan for online voting for an election we are conducting on April 6th.

Image of Grayce Liu is ©2018 MichaelKohlhaas.Org and if you’re into that kind of thing why not take a look at this lil Grayce Liu right here.