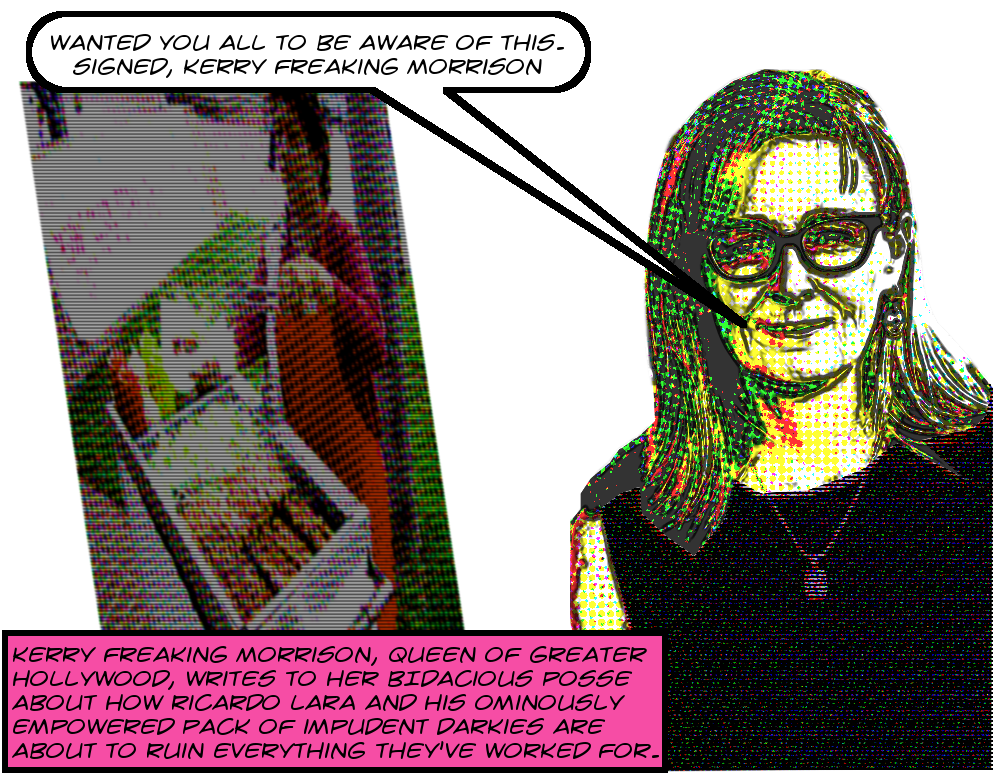 Just another quick note from all them DCBID emails I’ve been dining out on for weeks now. It’s inconsequential in one sense, but on the other hand, it illuminates how information spreads among the zillionaire flunkies who run this City’s BIDs. Here is the original email chain, and I’m just going to lay it on you without commentary. Or without much, anyway.

Hi Kerry — I hope all is well! I was curious for your thoughts on this state bill that would override local regulations on vending:

Did Kerry Morrison answer her? Well, I don’t know, but I will say that Emily Alpert Reyes published a fine article on Lara’s bill on February 2, and Kerry Morrison is not quoted in it. In any case, we do know that Kerry Morrison read the email because …. turn the page if you want to find out!

Wanted you all to be aware of this,
kerry

Take a look at this!!!! We need to do something about this.

And the rest is gonna be history. I’ll be keeping up with the story of the Schatzian opposition to Lara’s excellent proposal, and this is how it all began!