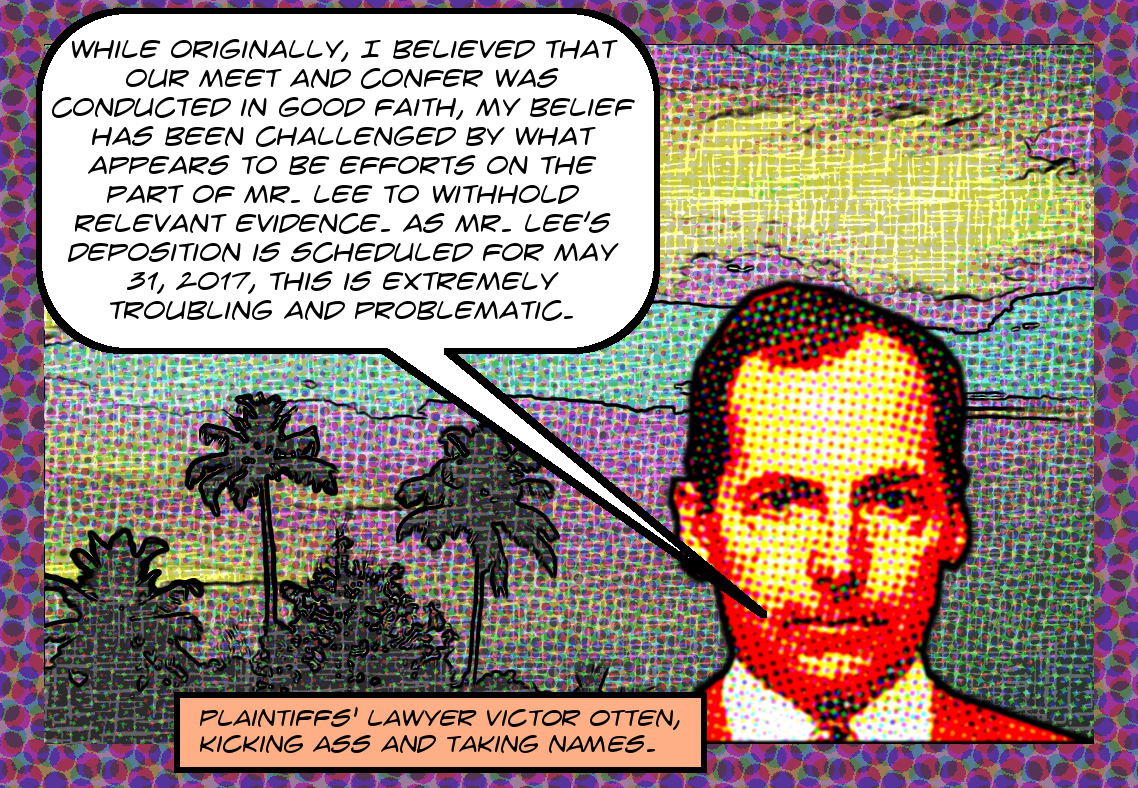 Last Thursday the Honorable Rozella Oliver, magistrate judge in the Lunada Bay Boys zillionaire surf thuggery case, ordered various defendants to quit taking the piss and get cracking with their discovery obligations. In particular, the order filed stated with respect to defendant Sang Lee that:

The parties are also directed to file any meet and confer letters regarding the dispute and the privilege log served by Defendant Lee at least 24 hours before the next telephonic hearing.

Well, yesterday evening plaintiffs’ lawyer Victor Otten fulfilled his part of that obligation by filing a declaration and a bunch of letters between his office and Sang Lee’s attorneys about discovery. This is pretty interesting stuff for a number of technical reasons, and there are links and descriptions after the break.