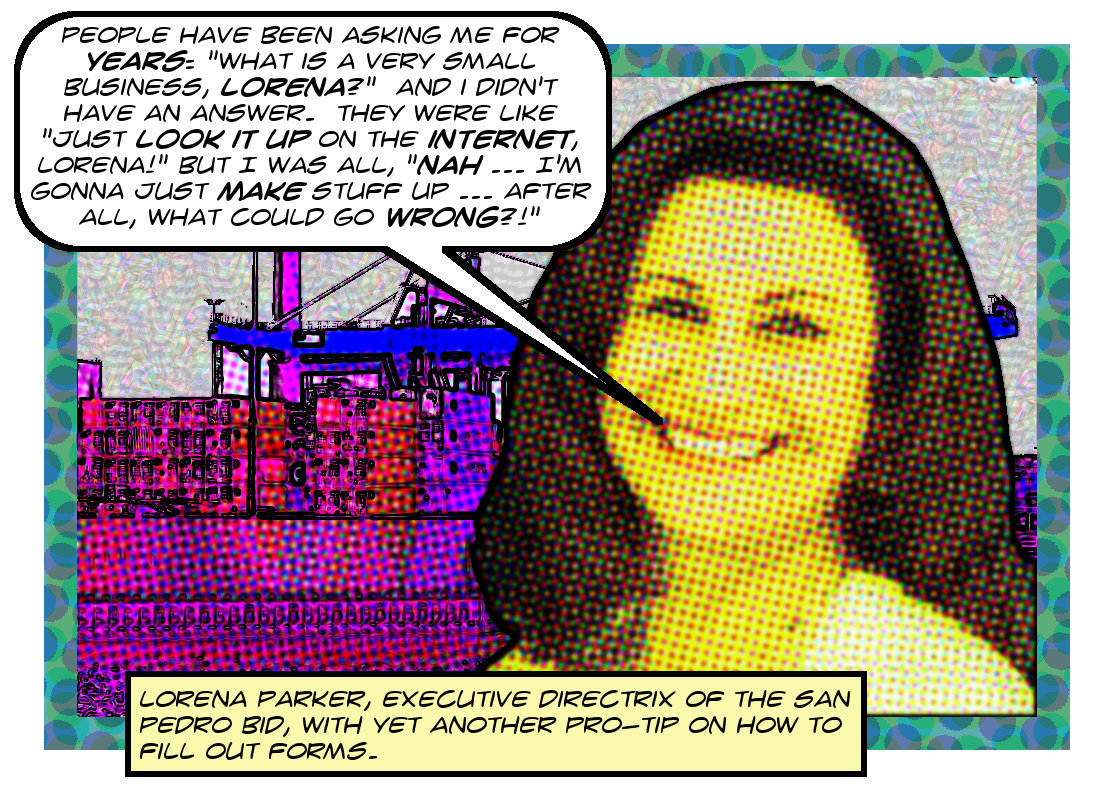 So it seems that the Port of Los Angeles has something called a small business enterprise program, in which they “provide additional opportunities for small businesses to participate in professional service and construction contracts … in a manner that reflects the diversity of the City of Los Angeles.” (see this PDF for details).

And it also seems that the San Pedro BID contracts with the Port every summer to run trolleys around downtown San Pedro. And as part of the contract, the Port requires the BID to complete an Affadavit of Company Status. And part of the status is whether the contractor is a small business or not. As you can see from the PDF or from the image that appears somewhere near this sentence, the San Pedro BID1 claims to be a “Very Small Business Enterprise” (“VSBE”) which is an extra-small form of Small Business Enterprise (“SBE”).


Of course, with all such programs it’s important to have clear definitions, and the Port of LA has laid theirs out for all to see in the cover sheet of this certification form, which all contractors are required to fill out and submit with a notarized signature under penalty of perjury. The relevant bit for our purposes is:

The Harbor Department defines a SBE as an independently owned and operated business that is not dominant in its field and meets criteria set forth by the Small Business Administration in Title 13, Code of Federal Regulations, Part 121.

When I first read this, I thought I could look at the Small Business Administration’s website to figure out what a SBE is, and I did find an interesting page called Am I A Small Business. Therein we learn that

SBA defines a U.S. small business as a concern that:

… a private nonprofit entity that is under contract with a city to administer or implement improvements, maintenance, and activities

This certainly looks like more BID malfeasance. Why are they claiming to be a VSBE when the very definition states that it’s required to be a for-profit enterprise? My first thought was that it’s incompetence rather than criminality, but maybe I’m wrong? It’s important to stick to primary sources as much as possible, anyway, and the Port of LA refers to “Title 13, Code of Federal Regulations, Part 121” so I thought I’d better look there to be sure. Fortunately, it’s available online, and in particular, take a look at §121.105, entitled ‘How does SBA define “business concern or concern”?’:

Thus the primary source agrees. Small Business Enterprises, and therefore also Very Small Business Enterprises, are required to be for-profit concerns. BIDs are required to not be for-profit concerns. So what was Lorena Parker doing declaring under penalty of perjury that the information she provided was true and correct? It took me about five minutes to discover that it was neither. Well, it’s just one more mysterious bit of who-gives-a-fuckery on the part of one more Los Angeles BID. Nobody’s watching them, and there are no consequences to speak of, so why should they behave? 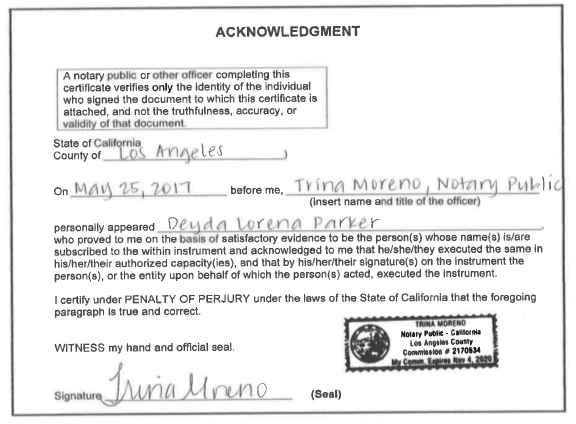 More serious, perhaps, is the fact that the Port of Los Angeles is letting them get away with this. As you can see from this email chain, contractors with the Port are handled by specialists. They spent weeks tracking down Lorena to get this form completed properly. There’s essentially no chance that these specialists don’t know the SBA’s definition of SBEs. And this matters for the Port. Take another look at their Small Business Enterprise Program. They’re committed to having 5% of their contracts2 be with VSBEs. If they’re counting the San Pedro BID they are miscounting. This ought to matter. Perhaps it does not?

The illustration accompanying this post, which by the way is ©2017 MichaelKohlhaas.Org, was smashed up out of the following bits: this picture of Lorena Parker from the Long Beach Post and this picture of a boat from Pixabay.com.