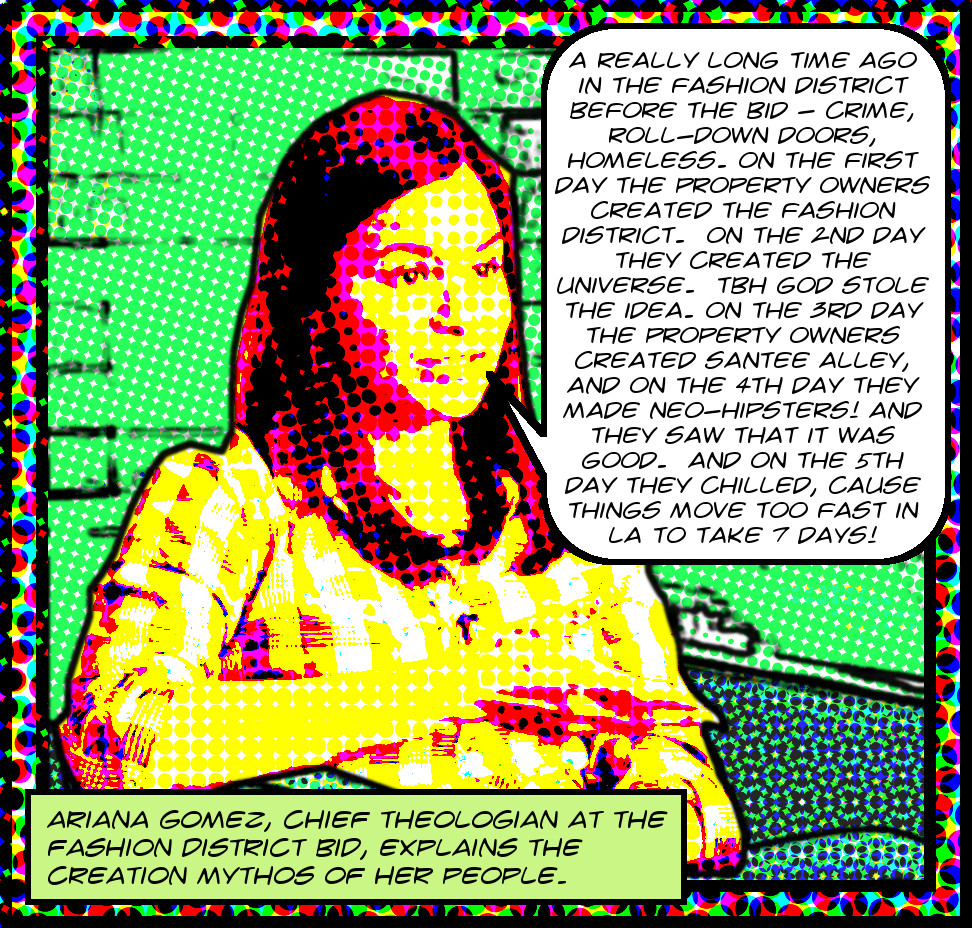 This is just a short post to formally announce some records from the Fashion District. Some have been available for a while, others I just uploaded tonight, but I haven’t posted about the existence of any of them yet. If you want some background noise while you’re reading, check out this video featuring Ariana Gomez and Kent Smith of the Fashion District blathering on about God knows what kind of BIDolatry.1

I will be writing in great detail about some of this material in the very near future, but I just wanted to get some links up as soon as possible:

Image of Ariana Gomez is a highly modified version of a crop of a screenshot of a still pulled from this video. My version is ©2017 MichaelKohlhaas.Org.