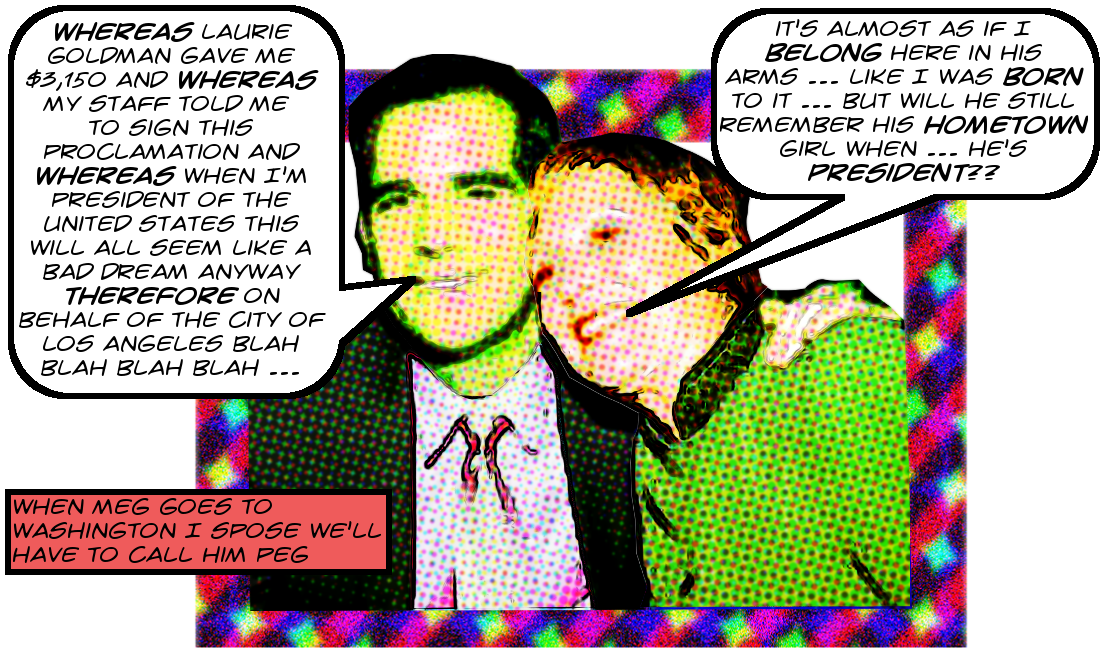 The proclamations! You’ve probably seen them hanging on the walls of people’s offices, they’re in famous restaurants, like e.g. Musso and Frank has one, The Pantry has one, and so on. Here’s a nice picture of one. Well, here I am, hanging around this City more or less continuously since 1963 and I never knew, never even wondered, where or they came from or why.1 Amazingly, though, in a set of records recently handed over by the Media District BID,2 all was revealed!

Here’s the process, at least as it pertains to the office of the Mayor. First, have your minion email Yolanda Flores at y.flores@lacity.org. She’s actually his staffie in charge of proclamations! Don’t forget to refer to her boss as MEG, which is evidently what the cool kids call him! After she gives you the nod, have your minion write the damn proclamation! That’s it, you can pick it up next Thursday!

Does it seem too simple? Don’t believe it’s that easy? Can’t credit that actual3 grownups call the guy MEG with a straight face? Want to read the genuine one-and-only proclamation that unreconstructed criminal Lisa Schechter of the Media District BID wrote for former president Laurie Goldman that was subsequently issued by MEG? See the emails by means of which the whole mishegoss was arranged? Well, what are you waiting for?! Turn the damn page!!
END_OF_DOCUMENT_TOKEN_TO_BE_REPLACED