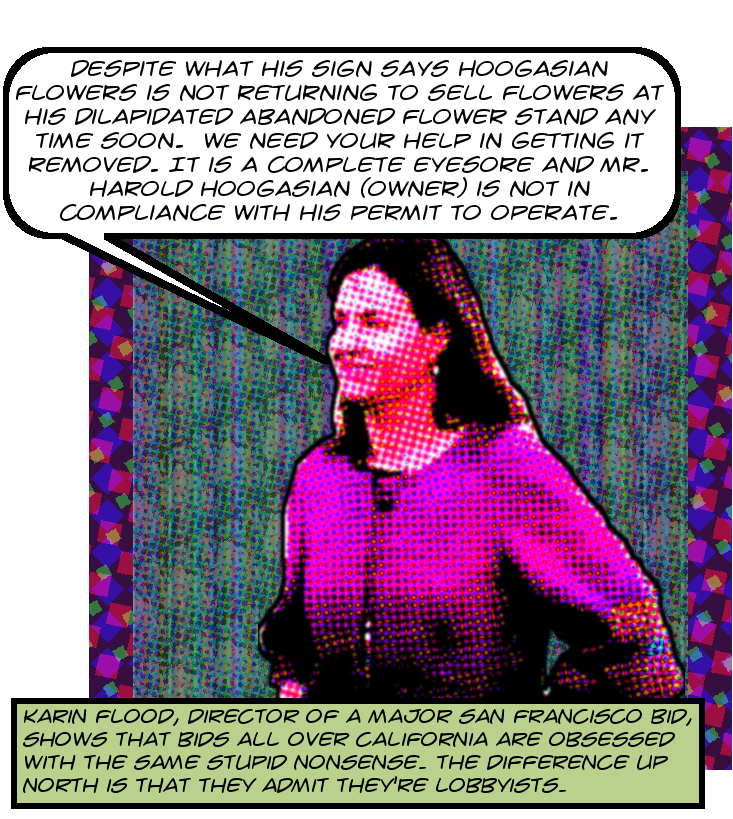 And one of the major arguments in favor of requiring lobbyists to disclose each contact with a City official and the issue discussed is that it would facilitate requesting records of the City via the California Public Records Act, and thus promote transparency. This is a great argument in the abstract, but concrete arguments are always more persuasive.2 Oh, I forgot to mention it, but in San Francisco, BID staffers register as lobbyists, unlike in Los Angeles.3 So, in keeping with the blog’s BID theme, I thought I’d try out my little test on Karin Flood, executive directrix of San Francisco’s Union Square BID. Turn the page to find out what happened!
END_OF_DOCUMENT_TOKEN_TO_BE_REPLACED