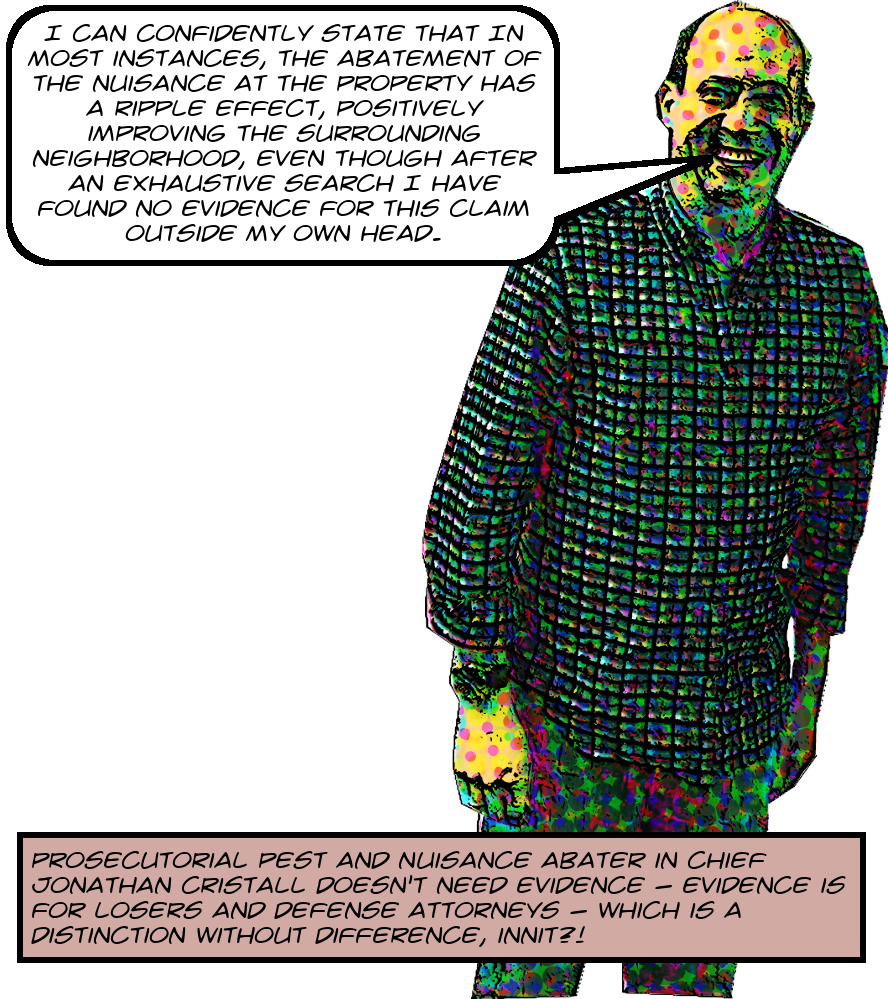 As you may already know, I’ve been looking into civil nuisance abatement lawsuits and their relation to gentrification in Los Angeles. The City files dozens of these cases each year and they’re based on really flimsy but also mostly unchallenged evidence. A big part of this project is collecting copies of the complaints themselves, and so far I’ve obtained them for 2015 and 2016 and 2017-2019.

Apparently, though, the City Attorney inadvertently omitted1 a few of these from earlier productions and I just got copies of those the other day. They’re available here on Archive.Org. We’re still waiting for 2014 and earlier. And I have a bunch of other requests pending, of course, and I will certainly let you know if any of them are successful and result in interesting stuff!

But also sometimes even unsuccessful requests have interesting results! And that’s the main subject of today’s post! But first, some background! You may recall that Supreme Nuisance Prosecutor Jonathan Cristall and his unindicted co-conspirator Liora Forman-Echols published a really insidious how-to/why-to guide in the National Gang Center Bulletin in 2009, which I wrote about recently.

And this pernicious little document contains some really implausible claims. Just for instance, on page 6, Cristall and Forman-Echols state, without supporting evidence, that “[i]n most instances, the abatement of the nuisance at the property has a ripple effect, positively improving the surrounding neighborhood.” Oh, and also! Seasoned Supreme Gang Nuisance Prosecutor Cristall is not only a self-proclaimed expert on abating nuisances for fun and profit, he’s also a self-proclaimed expert on raising teenagers!
END_OF_DOCUMENT_TOKEN_TO_BE_REPLACED 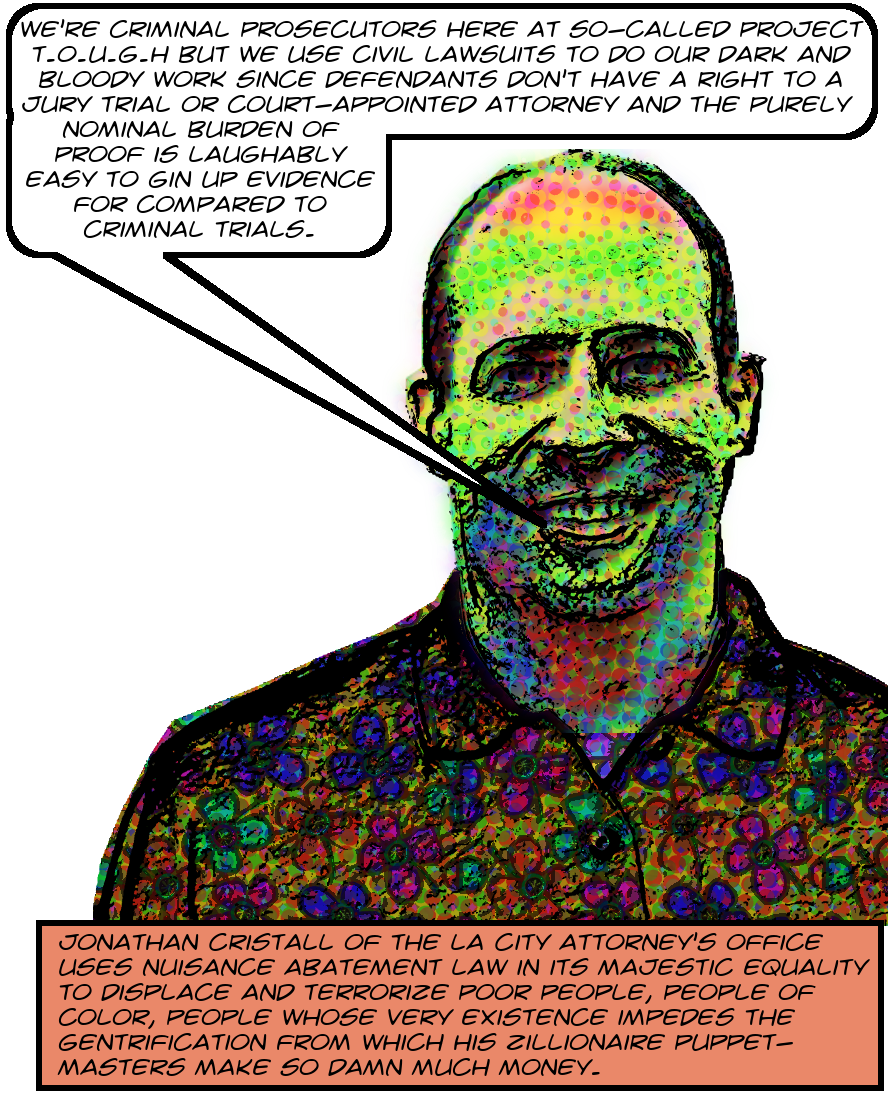 And just recently they turned over a couple of other interesting items. The first is a 2009 how-to why-to article by Los Angeles nuisance abatement pioneers Jonathan Cristall5 and Liora Forman-Echols called Property Abatements — The Other Gang Injunction. The other is a PDF version of an undated PowerPoint presentation about the nuisance abatement program. the PowerPoint thing doesn’t have much intentional content6 but the endless parade of photographs put the barely tacit racism of the whole project on vivid pictorial display. Some choice slides appear at the end of this post.
END_OF_DOCUMENT_TOKEN_TO_BE_REPLACED