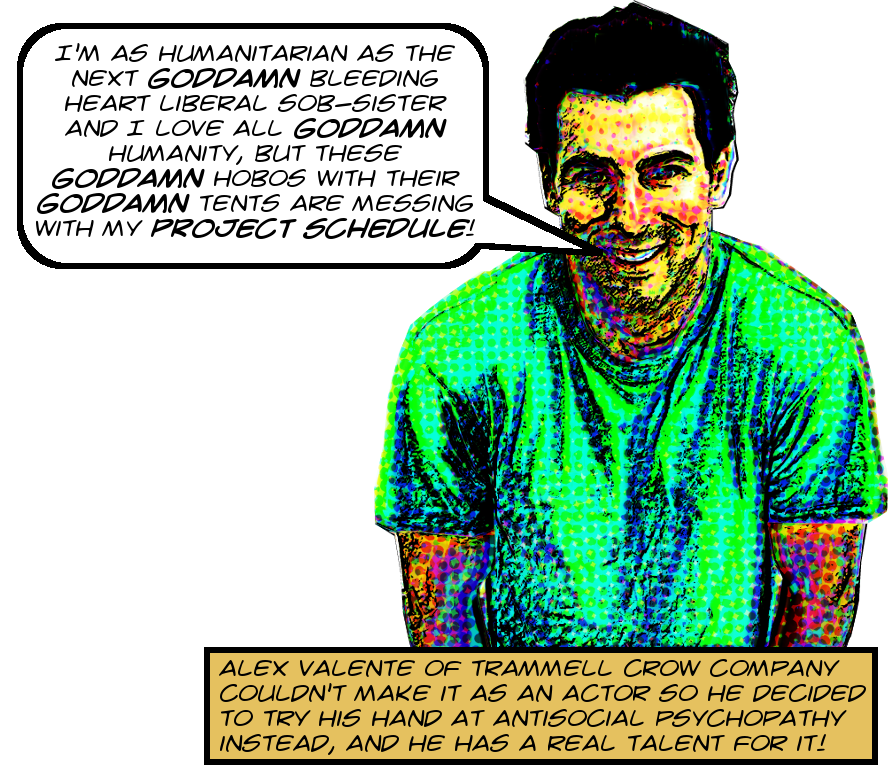 Even, no doubt, Gil Cedillo will tell you what a goddamned humanitarian he is on these lines. And yet when we look at what he does, what they all do, well, here is Cedillo’s staff arranging for homeless human beings to be displaced from their community just because some sociopathic zillionaire didn’t want his damned construction project to be held up. And the sweep did take place. In fact, on the very next day, February 26, 2019, as reported by Joanna Swan on Twitter, because that’s where the City’s priorities are, what their actions are, no matter what their empty words might suggest. Read a transcription below, and if you haven’t done so already, look into Services Not Sweeps.
END_OF_DOCUMENT_TOKEN_TO_BE_REPLACED