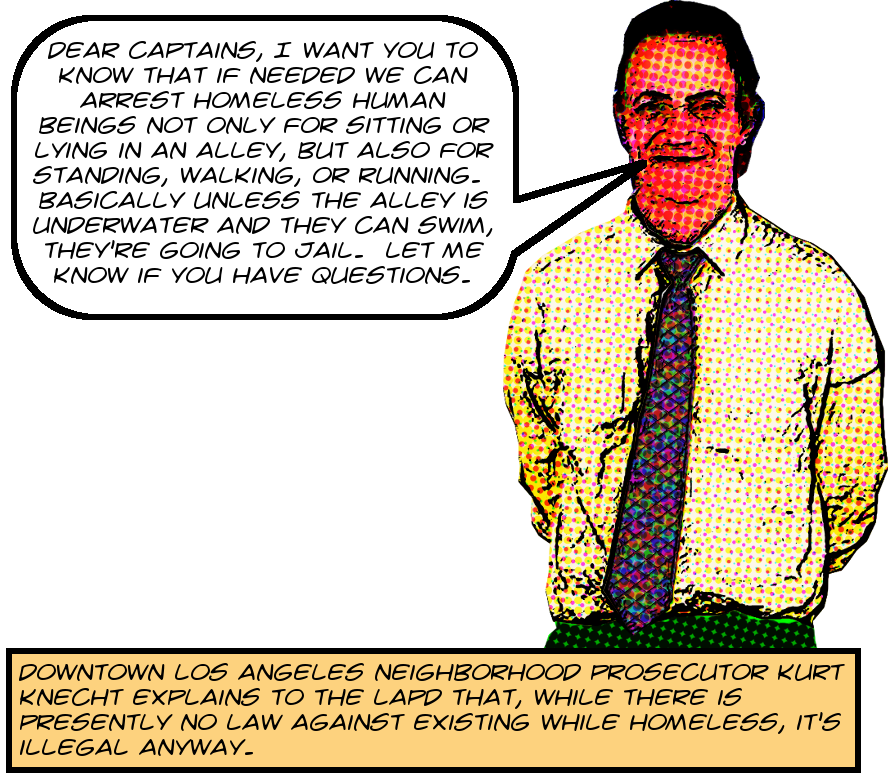 The context is found in this September 2017 email from Knecht to LAPD captains Marc Reina and Timothy Harrelson about a homeless encampment in an alley in the 700 block of South Hill Street:2 END_OF_DOCUMENT_TOKEN_TO_BE_REPLACED