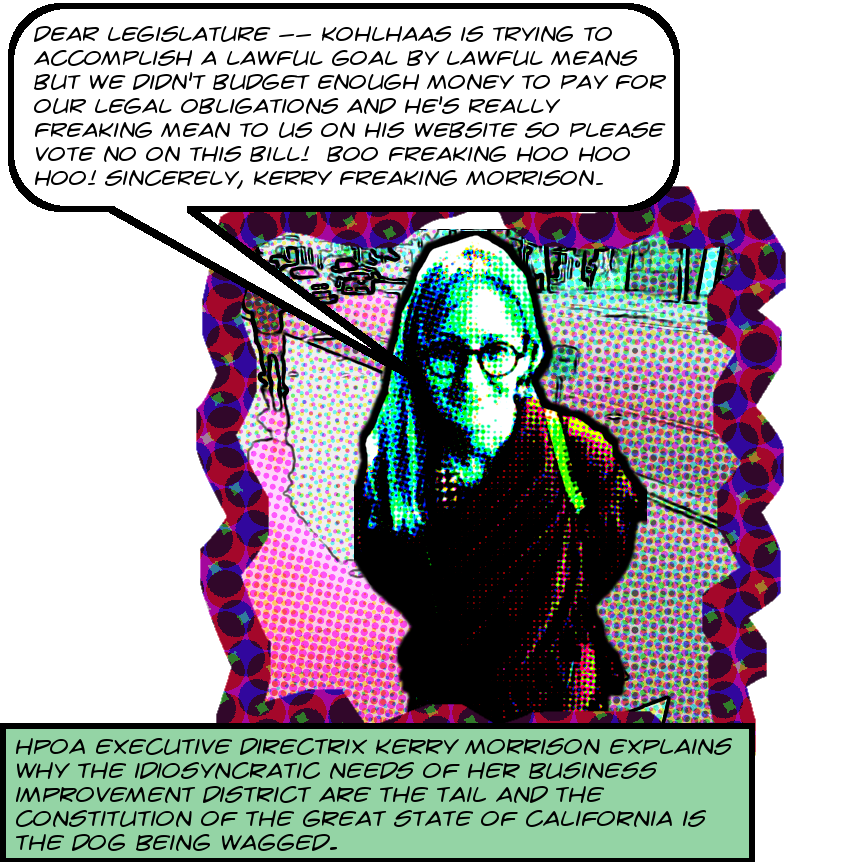 In February 2017, California State Assemblymember Rob Bonta of Oakland introduced AB-1479, which would have amended the California Public Records Act to allow judges to assess civil penalties of between $1,000 and $5,000 to punish flagrant CPRA violations. The bill sailed through the Assembly and almost made it through the Senate until a shitstorm of opposition, including from many Los Angeles BIDs, some of whom cited this blog as part of their parade of horribles, hired high-powered lobbyists Gonzalez, Hunter, Quintana, & Cruz and thereby sank the most important part of the bill, leaving only a tragic and fairly useless husk.

According to a staffer of Bonta’s who is in charge of this bill it’s essentially irredeemable this term, but they’re going to try again next year. Also, she was kind enough to send me a huge selection of letters received, pro and con, including a bunch from many of our Los Angeles BID friends. If we can’t beat them, well, at least we can publish their ravings and then mock them, right? The whole collection is available on Archive.Org. You should definitely read through it if you’re interested. The support letters are fabulous, but I don’t have time to discuss them here.

And turn the page for a more comprehensive description of exactly what happened, of how the BIDs, as usual, missed the whole point, and an exceedingly, painstakingly, obsessively, mockingly detailed analysis of this characteristically delusional, narcissistic, crackle-pated nonsense from our own Ms. Kerry Morrison.1 END_OF_DOCUMENT_TOKEN_TO_BE_REPLACED