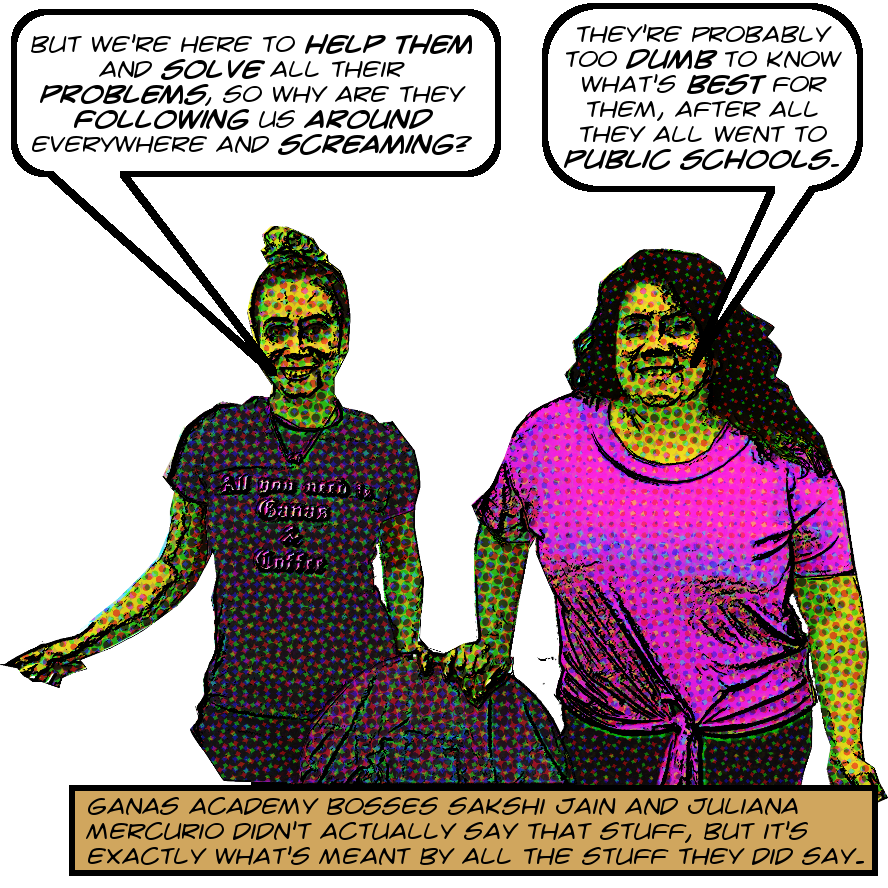 Here’s more on the anti-colocation battle being fought by a brave and devoted band of teachers and parents at Catskill Elementary School in the City of Carson against impending plans to install upstart charter school GANAS Academy on their campus. I have been investigating this story using requests made to GANAS via the California Public Records Act.

Recently, for instance, I obtained a copy of a call to 911 made by GANAS’s shockingly unsocialized founder, Sakshi Jain, in March 2019 during which she pleaded persistently with an unsympathetic dispatcher at the Los Angeles County Sheriff’s Department to come arrest a bunch of protesters whose presence she found dismaying despite the dispatcher’s repeated admonition that protesting wasn’t illegal.

And, as these defenders of Catskill Elementary School’s resources and autonomy are a feisty bunch of folks, that March protest is not the only direct action they’ve taken to further their goals. For instance, on April 10, 2019 they attended a meeting of the GANAS Academy directors and gave vigorous and extended public comment, which was not gracefully received by the privatizers on the board.

The board ultimately tried to shut down the meeting and it ended with the Catskill folks following them out to the parking lot chanting. The Catskill defenders posted an uplifting video of this event and the chaos starts here at 1:10:20, with board chair Juliana Mercurio’s angry pronouncement that if the protesters don’t sit down she is going to close the meeting. A few days later the Carson City Council considered and ultimately passed an anti-GANAS resolution.

Which brings the story up to yesterday, when I received almost an entire gigabyte of public records from GANAS via their lawyers at Young, Minney, & Corr, a law firm specializing in the affairs of California charter schools.1 Included in this release, most of which I’m still prepping for publication, were a number of videos shot by GANAS Academy people in the performance of their duties. You can browse the collection and download copies here on Archive.Org and also here on my YouTube channel. 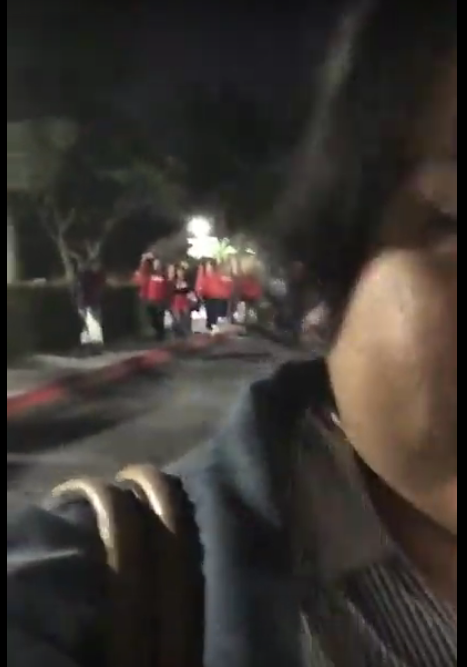 There are links to the individual videos with brief descriptions below, but before we go there, you must, must watch two of these clips. These were filmed by GANAS board member Juliana Mercurio after the Carson City Council meeting on April 16. They capture the protesters following Mercurio and Jain to Jain’s car and the subsequent vehicular escape. The first one features the protesters as seen over Mercurio’s shoulder and includes Mercurio’s commentary, e.g. she describes the protesters as “an irate mob of people.” The second is shot from inside their getaway car. As they’re driving away Mercurio wearily predicts that they’re “about to be blocked in … again …”
END_OF_DOCUMENT_TOKEN_TO_BE_REPLACED