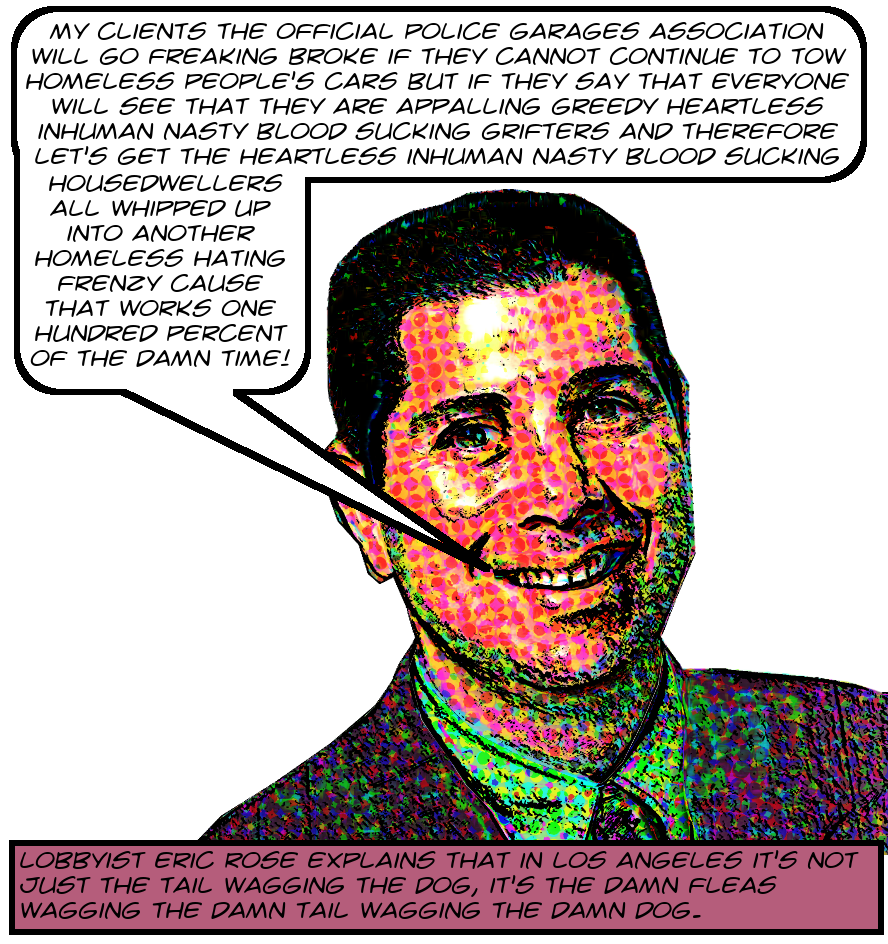 On March 18, 2019 the Western Center on Law and Poverty released a monumental report on the effects of poverty towing in California. In conjunction with the report, WCLP issued a press release announcing that Assemblymember David Chiu had introduced a bill, AB-516, seeking to end the practice. Nine days later fash-adjacent hand-picked interim CD12 representative Greig Smith introduced a resolution in the Los Angeles City Council proposing to formally oppose AB-516.

The rhetoric in the motion, to be found in Council File 19-0002-S50, is uniformly anti-homeless, fueled by the axiomatic housedweller beliefs that without coercive means of removing vehicle dwellers they will somehow take over and destroy every last inch of the public realm. And this was a great story, and a completely plausible motive for ultra-fash Greig Smith, who stood out for his inhumanity towards people forced to live on the street even among his homeless-hating peers on the Council.

However, emails newly obtained from CD12 via the California Public Records Act prove that this was nothing but a cover story.1 No one involved cared at all about the relationship between poverty tows and vehicle dwellers. The anti-homeless rhetoric in this case was no more than smoke behind which was hiding the fact that the only reason that Smith moved to oppose Chiu’s bill is that Eric Rose, a lobbyist with thermonuclear Los Angeles lobbying firm Englander Knabe Allen, incestuously linked with CD12 in any number of ways, represents the Official Police Garages Association of Los Angeles, who would obviously lose a lot of money if the number of tows decreased for any reason whatsover.

On March 19, one day after WCLP’s press release announcing the report, Rose asked Smith2 to oppose Chiu’s bill and asked Smith’s permission to draft a motion to that effect. As Rose cynically explained, though, “The OPG’s can’t oppose this because it will be viewed as self-serving.” OPGs, of course, are the official police garages. Smith forwarded Rose’s email to his legislative deputy Erich King, and later that night Rose sent Smith a draft motion, also forwarded to King. And a few days later Smith’s actual motion was introduced. Written, no doubt, by King, heavily influenced by Rose.

In the text of the motion there’s nothing whatsoever about the Official Police Garages, Rose’s client, whose income the sole purpose of this opposition was to protect. Instead the text is all about enforcing the law and the subtext all about punishing people who live in vehicles. Don’t forget, never forget, that none of that’s the reason for any of this. It’s ironic, by the way, that Rose’s cover story relies so heavily on the need to enforce the law. His draft and the actual motion go on and on about scofflaws and how Chiu’s bill would enable them.3 END_OF_DOCUMENT_TOKEN_TO_BE_REPLACED 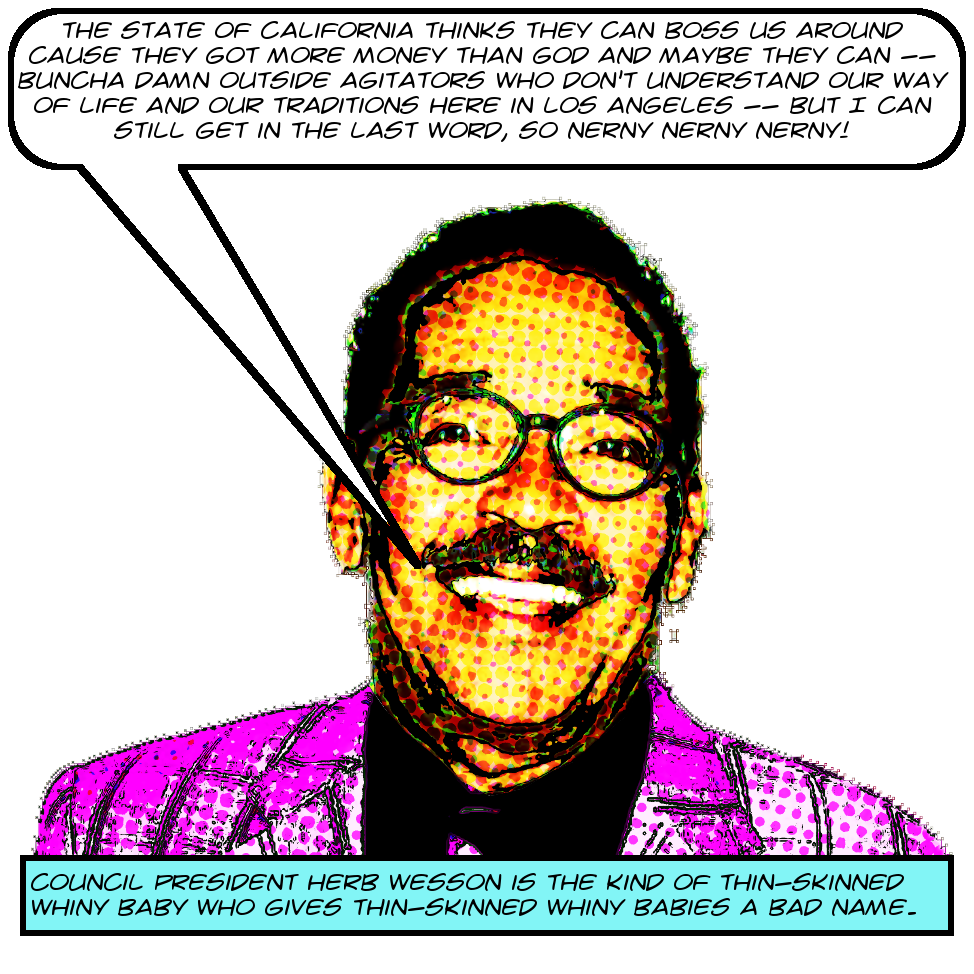 Boo freaking hoo hoo hoo, Herb Wesson! Anyway, turn the page for the entire text of the motion, if you dare!
END_OF_DOCUMENT_TOKEN_TO_BE_REPLACED