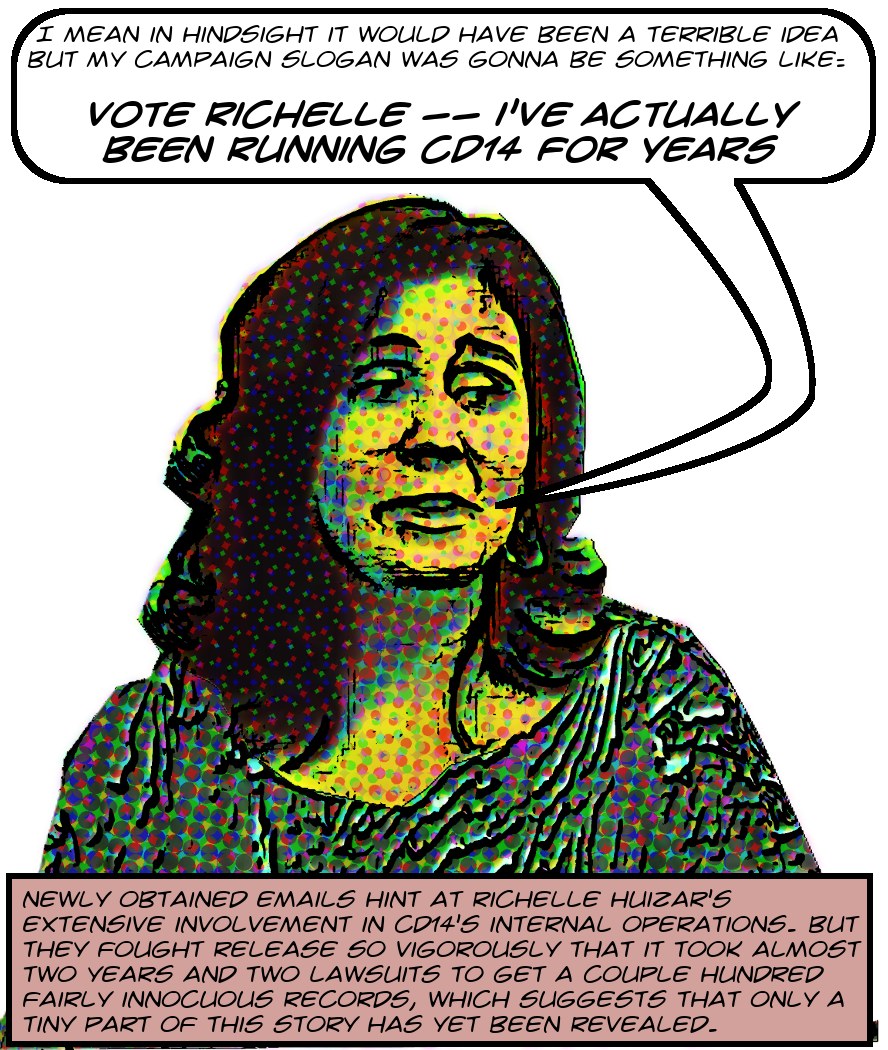 By the way, I’m not critical of that fact in itself. That is, I don’t have a problem with elected officials hiring their spouses or using them as informal advisors.5 The other aspect of this material that’s important is that Jose Huizar originally claimed it was exempt from release. As you read it, you’ll see that such a claim is not merely indefensible, it’s also ludicrous. In other words, the real lead here6 is that Jose Huizar is a liar.
END_OF_DOCUMENT_TOKEN_TO_BE_REPLACED